Are Psychedelics the Secret for Coma Patients? Why This Doctor Thinks They Might Be 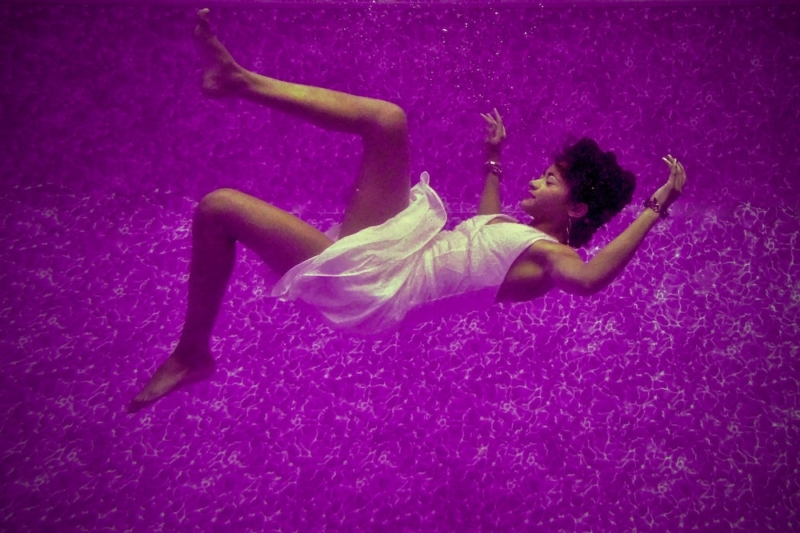 Dr. Hyder Khoja is hoping to treat coma patients with psychedelics in order to “jump-start” them back into consciousness.

The monumental potential that psychedelics have to treat a panoply of psychopathologies is continuing to grow. At the time of writing, there are 59 clinical studies registered from all over the world that plan to use psilocybin to treat mental health issues. That's just one psychedelic out of a number being studied. But while many of these clinical trials are focusing on mental disorders like depression, anxiety, and OCD, Dr. Hyder Khoja (who sits on the Psychedelic Spotlight advisory board) aims to use these powerful compounds for something completely different. He argues that psychedelics can be used to re-ignite consciousness in unresponsive coma patients.

Originally a plant scientist by trade, Dr. Khoja received his PhD in Molecular Biology and Genetic Engineering in 2003. However, since then he has strived to impact a number of distal fields. He's been at the forefront of innovation in the life sciences. Some of his notable impacts include extracting lipids from algae to create biofuel. He's also used cannabinoids in combination with capsaicin (the active component in chillis) as a novel treatment for fatty liver disease.

But Dr. Khoja’s latest venture with his company Transcendent Therapeutics aims to use compounds like psilocybin, LSD, and DMT to develop what it calls “Coma Resurrection Therapy”.

Any number of head injuries can lead to comas — from a road accident to a stroke. And while many coma patients manage to wake, some stay in this state indefinitely, unable to be roused into awareness. But Dr. Khoja argues that the definition of a coma is outdated. He says psychedelics may allow us to “jump-start” consciousness in coma patients once again.

The Complex State of Being Comatose

“Any patient in a coma is ‘medically’ dead because the brain is dead,” Dr. Khoja tells Psychedelic Spotlight. “So medically they term it as a brain death. However, as a scientist I would oppose that. When you say a term like brain death, you’re saying the brain has disconnected with your body. But if the brain is dead, your brain would not be able to communicate with your heart, your veins, your nerves, your breath, but the heart is pumping in coma patients! I wouldn’t consider that a complete brain death.”

Dr. Khoja highlights that there is an issue with the connections in the brains of coma patients. Traumatic brain injuries that often underlie comas may have damaged the neural circuits that allow consciousness to arise. Those damaged circuits keep these patients locked in this state. But Dr. Khoja argues that psychedelics may be able to reignite these connections. He says this could be the secret to “jump-starting” awareness and consciousness itself.

This innovative approach hits close to home for Dr. Khoja after his mother fell into a coma due to complications from brain surgery. She woke up 3-weeks after the surgery. “When she woke up, all we could see was a little bit of eye movement. Then she closed her eyes again for two years, and she was just resting on the bed in a comatose state.”

Witnessing this, and finding out that there are no treatments for these patients, formed the bedrock of inspiration for Coma Resurrection Therapy.

Psychedelics – The Key To Consciousness?

While Dr. Khoja’s idea is in its embryonic stages, there are other researchers that theoretically support the notion. Neuroscientists from the Division of Brain Sciences at Imperial College London recently published a paper arguing that psychedelics can help treat these “disorders of consciousness”.

Individuals in a coma, under anesthesia, or in other reduced states of consciousness have brain signals lower in complexity than normal waking consciousness. But recent neuroscientific studies find that psychedelics reliably increase the “complexity” of brain signals. Within the paper, the researchers argue that this may allow patients to jump from a non-conscious to conscious state.

However, while the theoretical research is there, it’s hard to turn theory into practice. Especially when you’re working with coma patients. Being in a comatose state prevents people from providing informed consent, which creates some difficult ethical terrain. The first step may therefore be to use animal models; unconsciousness can be induced with an anaesthetic, then psychedelics can be administered to see if they’re roused back into awareness.

Dr. Khoja remains hopeful for the future. He's focused on the potential impact that Coma Resurrection Therapy could have on patients and their families. “It’s a long term commitment, but I think there is also some need [to use psychedelics] for these kinds of situations for when people don’t have any hope.” The long term goal of Transcendent Therapeutics, he says, is to collaborate with top Universities to develop his initiative.