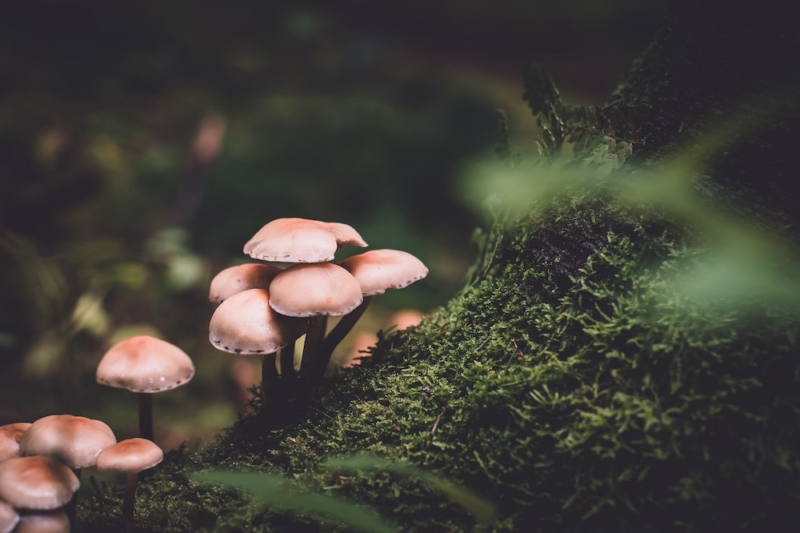 Tony White may have lost his battle with cancer, but becoming the first end of life recipient of psilocybin treatment has changed everything.

When Tony White learned last spring that his bladder cancer was terminal, he completely withdrew from life.

“I was in a dark place, I’d been diagnosed with Stage 4 cancer at the beginning of COVID-19, I’m tired, I’m upset and I’m tired of being isolated,” the 46-year-old Canadian man, who’d been undergoing immunotherapy and radiation, told the Calgary Herald in December.

His wife, Rebecca Crew, told the CBC that after White learned he was dying, the change in him was disheartening. “He went from being Mr. Happy-go-lucky, everybody knows him, to being isolated at home with this terminal illness.”

But David Harder, founder of the nonprofit Syntax Institute, had an idea. He offered White a chance to quiet his end-of-life anxiety through the use of psilocybin, the psychedelic ingredient in magic mushrooms.

Psilocybin isn’t legalized in Canada. But, through Syntax Institute, Harder petitioned Health Canada to grant the therapeutic use of the therapy to help White come to terms with his terminal illness. The country’s drug regulator agreed, and the agency’s Office of Controlled Substances granted the organization a legal exemption to the Canadian Drugs and Substances Act.

On Jan. 1, White became the recipient of the first federally sanctioned therapeutic intervention of psilocybin in Canada. For the ceremony, he and a psychologist gathered at Harder’s home in Calvary and embarked on a four-hour psilocybin trip. “The journey got quite intense at the two- to three-hour mark,” Harder said. But White emerged from the “incredible journey” a new man.

“It’s good, inner peace and a great way to relax … the emotional baggage has been cleared. I definitely have more mobility—I haven’t been able to move like this in months,” he said.

His wife noticed the change in him immediately. “When I went to go pick him up [after his session], I was completely gob-smacked at what I saw,” she told Airdie Today. “He could move his body like I hadn’t seen him do in months. It was shocking. I was expecting the spiritual and psychological impact, but I was not expecting the physical impact.”

The days that followed, White and Crewe shared intimate conversations about his journey with psilocybin. “He was coming to grips with his mortality,” she recalled. Three weeks later, he succumbed to his cancer in his home surrounded by family, more at peace than he’d been in months.

“We had some really beautiful conversations. We enjoyed every moment that we had,” Crewe said. “He had this peace about him that I have never seen before. He was just calm. He wasn’t tormented anymore, that is the best way I can describe it.”

Crewe says that the profound peace psilocybin gave her husband in his last weeks was a gift, one that both she and White hope becomes available to others suffering from terminal illnesses. “Honestly,” Crewe says, “his experience made us passionate and made us feel like we were put on this earth to advocate for this.”

White’s positive experience with psychedelic-assisted therapy is not isolated. Mounting research on psychedelic therapies continues to show the promise they hold in treating mental and emotional health conditions such as post-traumatic stress disorder, addiction, and treatment-resistant, as well as end-of-life anxiety.

“We believe psychedelic medicines will be a huge part of the solution that Canadians need and deserve. We are not only incredibly thrilled for Mr. White gaining immediate access to this powerful therapeutic tool, but also for every Canadian who is suffering with mental and emotional health challenges,” Harder said. “This is another step forward in the battle against our country’s mental health crisis.”

Are ‘Magic’ Psilocybin Truffles the Fountain of Youth? New Study...