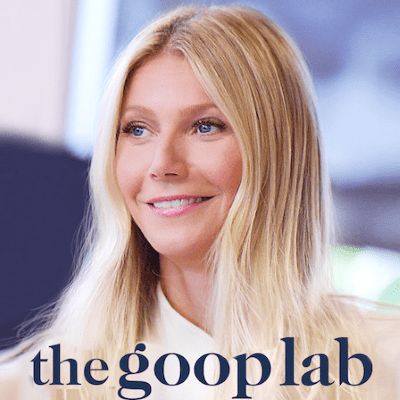 “The Goop Lab,” is a new Netflix docuseries, inspired by Gwyneth Paltrow’s “modern lifestyle brand” website, Goop. And I’m reviewing it for Psychedelic Spotlight because the first episode is called “The healing Trip” and features members of the Goop team traveling to Jamaica to take magic mushrooms.

Let me start by admitting that I am not this show’s target audience. As a middle-aged man with shamefully limited interest in self-improvement or style, I understand “The Goop Lab” isn’t making concessions to my demographic. So we got that out of the way.

The show is rated TV-MA for “sex, nudity and substances” and then, rather unfairly, contains zero sex or nudity. Like they’re trying to alienate me.

Finally, it’s my impression that I’m obligated to make fun of the fact the Goop website sells vagina-scented candles for $75. I think just typing that sentence ticks the box. Moving on.

My research indicates that the Goop name was born when someone told Paltrow that the most successful Internet companies had double o’s in their name and she joined that trivia with her own initials. The whole thing reminds me of when I noticed my wife had an eye cream called, “Hope In A Tube.” There seems to be some implicit awareness that we’re not supposed to take this thing that seriously.

The show opens with Paltrow in a glass-walled conference room, palm trees in the background, at the head of a table surrounded by Goop staff.

“When I started Goop in 2008 I was, like, my calling is something else besides, you know, making out with Matt Damon on screen or whatever.”

Paltrow continues, “To me it’s all, like, laddering up to one thing which is optimization of self. Like, we’re here one time, one life, like, how can we really, like, milk the shit out of this?”

Literally one minute into the show and I’m already on the back foot. Paltrow has spoken three sentences and she’s already said, “like,” five times. Also I’m not sure I knew you could use “ladder” as a verb.

Fortunately, after the credits which include snippets from upcoming episodes, the show cuts to scenes featuring Goopers looking at magic mushrooms, Goopers drinking mushroom tea, and then Goopers lying on blankets and tripping — giggling, gazing, gasping and crying.

Elise Loehen explains, “We know at Goop that psychedelics are controversial, but what we try to do at Goop is be open minded and explore ideas that may seem out there or too scary so that people can have access to the information and make up their own minds.”

Paltrow and Loehen interview Mark Haden, MAPS Canada Executive Director, who begins by explaining what MAPS stands for (multidisciplinary association for psychedelic studies) and that MAPS is, “an organization that supports and does and fundraises for psychedelic research.”

Haden’s best moment in the show comes when he takes on the topic of the infamous “bad trip.”

In a chair beside Haden at Goop headquarters sits Will Siu, MD, a psychiatrist with an Oxford doctoral degree who spent time on the faculty at Harvard Medical School.

Dr. Siu dresses the part of a dapper GQ shaman, wearing his long hair in a braid over the left shoulder of his tailored grey suit, white dress shirt unbuttoned to reveal what appears to be a large animal tooth on a leather thong around his neck.

His insights were harder for me to follow. “What the mind tends to do when we have a traumatic experience is that it splits, it splits the memory from the emotion,” Dr. Siu says, describing how psychedelic therapy works. “And what we want to do with the healing is have the memory of what happened with the emotion combined and then have the empathic experience.”

Which sounds good except, uh, what?  “Empathic” means the ability to understand and share the feelings of another. On screen Paltrow and Loehen greet Dr. Siu’s insight with nods like it makes perfect sense to them. So it’s just me. I’m the dummy.

The bulk of the show tracks a group of four Goopers flying to Jamaica to experience the magic of mushrooms firsthand and answers the question, “What if you went to Jamaica and saw exclusively white people?”

For her part, Paltrow is not part of the mushroom group. We learn that Paltrow once took MDMA in Mexico and, ominously, things got “very emotional.”

The show’s production is slick, upscale and polished. The screen is usually awash in gauzy pastels, with everyone looking shiny and bright, especially Paltrow.

Still, at a half hour, I thought the show seemed long. To be fair, I wasn’t ever going to be a Goop guy. I’m just never going to buy candles, no matter what they smell like.