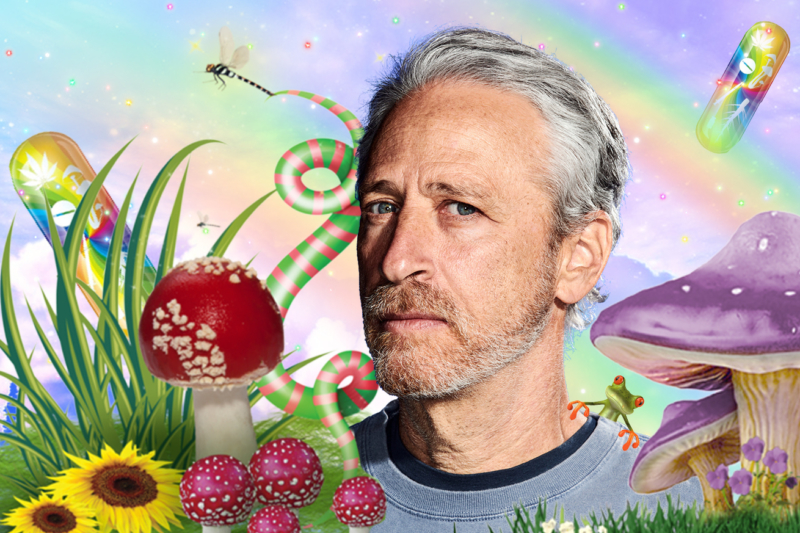 Jon Stewart, comedian and former host of "The Daily Show," drops a shroom bomb in a recent podcast interview

In the past, comedian Jon Stewart has admitted to wanting to try microdosing mushrooms, but on a recent interview on the “Til This Day with Radio Rahim” podcast he admitted to much more —a week long mushroom binge.

“You sort of learn about producing something,” said Stewart when talking about perfecting his craft as a comedian and talk show host. “And I got to the point where I could do mushrooms for a week and wake up and go on stage, and to the audience, I got to be a good enough craftsman that it could forgive my imperfections to an audience. You start to realize there’s a more sophisticated refinery that goes on behind this.”

To illustrate how uncontroversial this statement is, Stewart’s mushroom revelations passed without any follow up questions. Radio Rahim, host of the syndicated podcast “Til This Day” on the Luminary network, is known for interviewing controversial comedians such as Bob Saget and Michael Che. The show is executive produced by Dave Chappelle, a comedian who has come under fire for anti-trans material in his recent Netflix specials.

In the past, Jon Stewart has used his platform on “The Daily Show” to advocate for cannabis legalization and mock mainstream coverage of cannabis news from other media outlets. And, who can forget Stewart’s infamous cameo in the movie “Half Baked,” also produced by Dave Chappelle. In the movie Stewart plays an “enhancement smoker” who uses cannabis to make every activity better.

Now do a scene like that with mushrooms, please. “Have you ever seen ‘Half Baked’… on shrooms?” Mr. Stewart the ball is in your court.

Hawaii may soon legalize psilocybin therapy for the treatment of a range of mental health issues, according to proposed legislation.
I Tried 5-MeO-DMT at a Psychedelic Retreat. This is MY Story