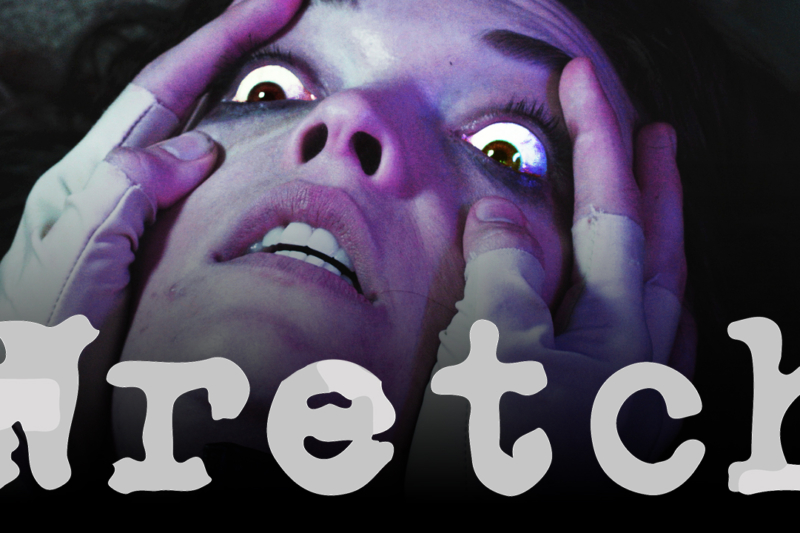 The producer and director of our flagship video series "Spotlight in Focus" writes about the parallels between horror and psychedelics.

Two years ago, WRETCH, my indie horror feature filmmaking debut, premiered unceremoniously, just weeks into the onset of a global pandemic that in many ways seemed itself to resemble the plot of a dystopian horror film.

Wretch, which I wrote, directed, and produced, is about disillusionment and misplaced faith, ceremony and superstition, toxic environments and relationships, viewing illness as an “alien” entity capable of being weaponized, the mutation of love into something much more destructive. The characters partake of an ambiguously psychedelic brew which grants them access to supernatural powers, codified in the occult practice of “Enceladism.” 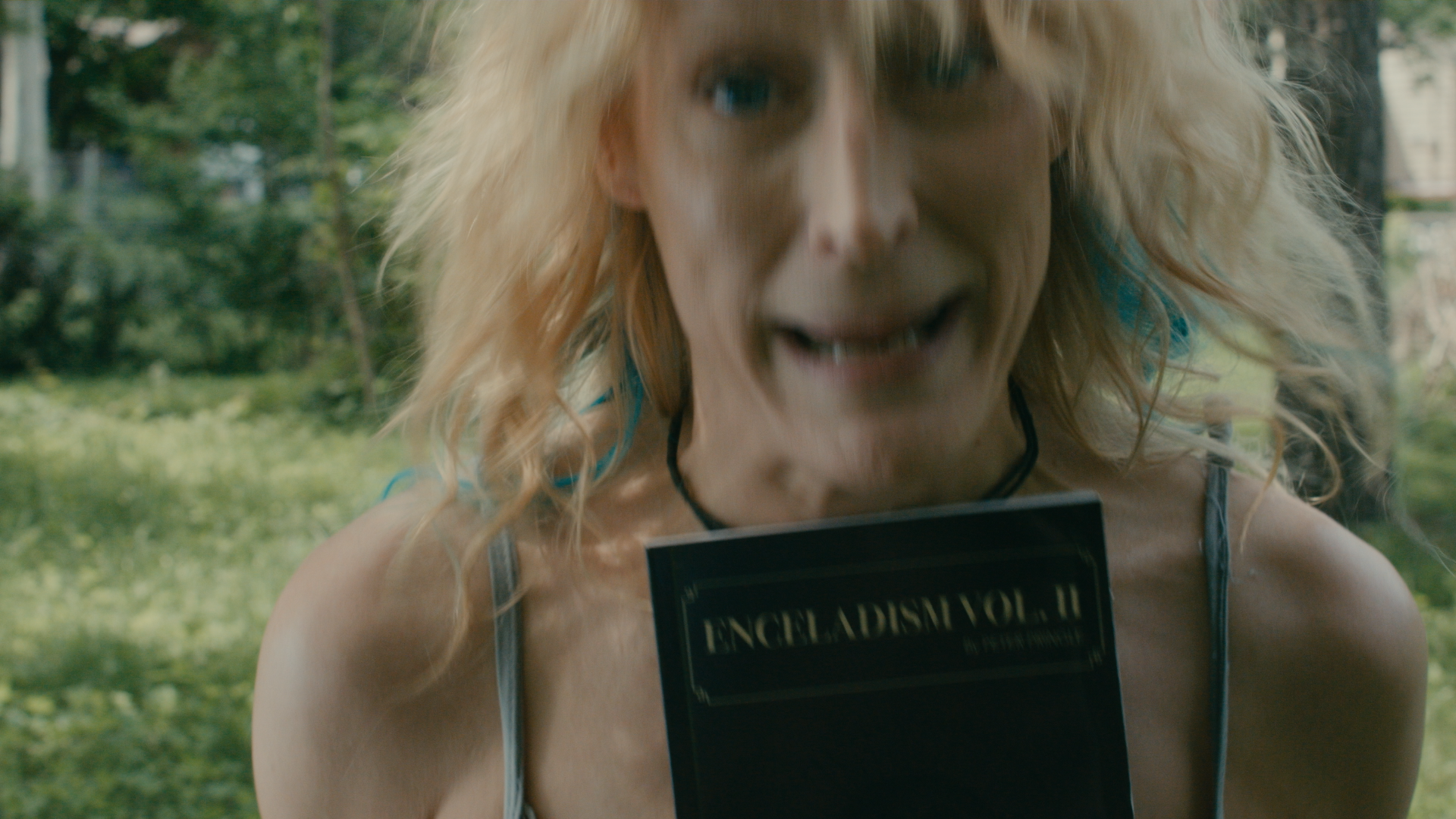 In May of 2020, I gagged on the notion of attempting to force a fictional work inspired by my own fear of sickness and death, down anyone else’s throats or news feeds when so many were experiencing a new and immediate fear of sickness and death of their own.  It felt like the veil that usually enables us to temporarily leave the confines of our comfortably consistent realities in order to venture into and entertain the kinds of unsettling but provocative questions and emotions horror films can elicit, had been lifted a bit too high by an insidious viral variant, preventing any guarantee of a safe return to “normalcy.”

The film’s release via TVOD platforms through Random Media was the culmination of a five-year process that was anything but random. Rather it was the result of innumerable premeditated actions and decisions, as well as responses to an equally dizzying amount of impromptu demands for adaptation and compromise.

Here was this milestone moment, and I’m thinking, “Will I die if I open my apartment windows?” Add to that a string of lingering interpersonal conflicts and misunderstandings with some members of the production team and I was left a gravely disillusioned and financially upside-down person.

But the bigger picture is not without its bright, ecstatic and synchro-mystical anecdotes which are more heartening to recall. 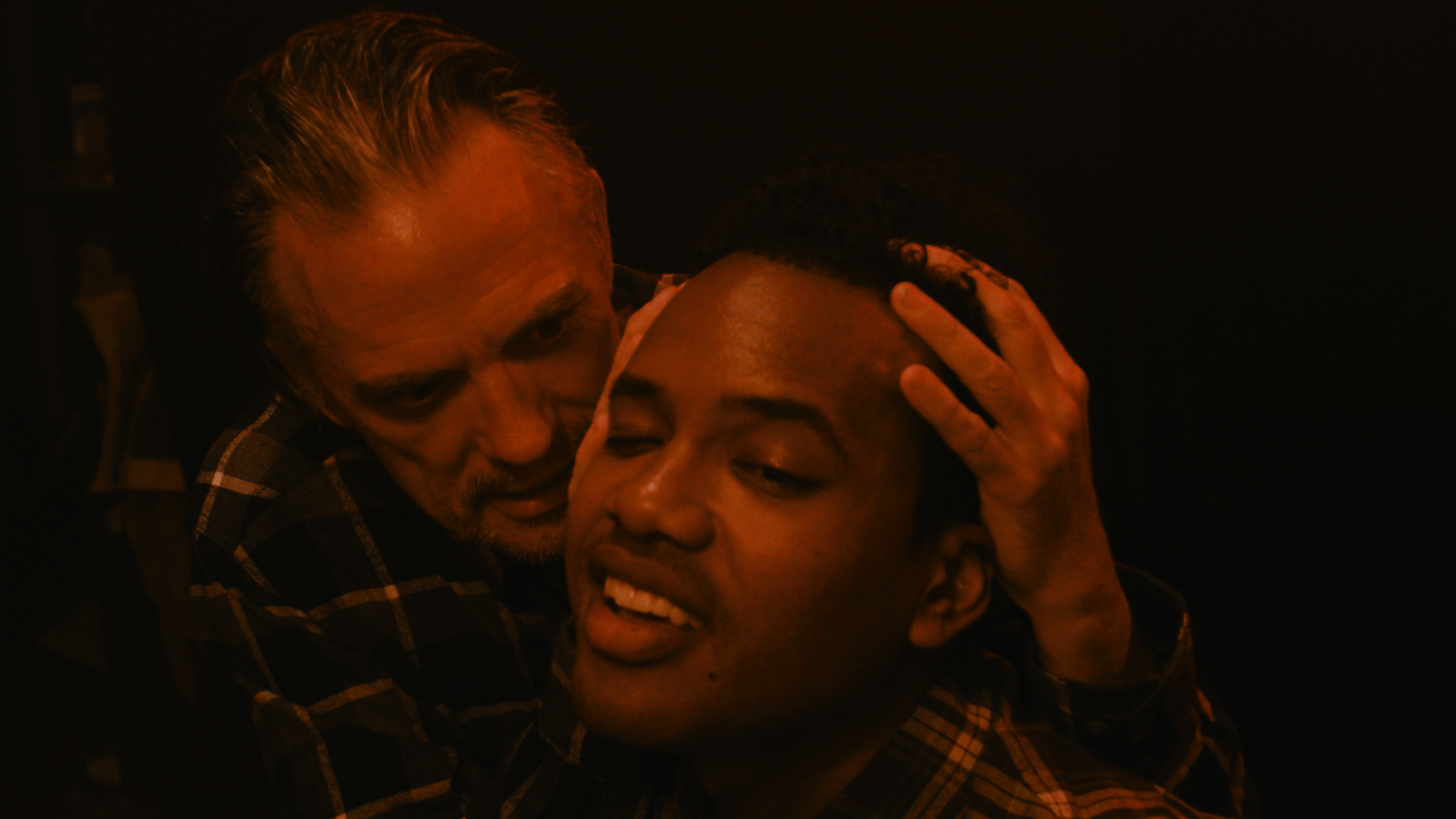 In 2012 I began training in the healing arts modality of Reiki. Having been raised a Catholic and completely disinterested in dogmatic ritual and doctrine as it relates to a “spiritual practice,” I was icy on the traditionally pastel adornments and airy Eastern sacred soundtracks found frequently in healing spaces. But the science behind “energy medicine” captivated me. Faraday’s Law was a compelling, vetted component of what I understood as concepts central to modalities like Reiki, which translates loosely to “spiritually-guided life force energy.”

A spate of cancer diagnoses in my family seemed an opportunity to use the practice in an immediately beneficial manner. But my loved ones' mystical bandwidths wouldn’t accommodate such esoteric conceits. What I was ultimately able to offer in terms of support, was to be well within the limits of what most anyone with loved ones in treatment can offer, which feels painfully inadequate.

There can be a propensity to personify illness in the body as a saboteur, an uninvited entity entering the flesh from external origins, perhaps even with a malevolent intention via a curse or demonic presence. Here was the core of a horror film idea to my reprehensible imagination. It was a concept I found as heartbreaking as it was horrifying and could envision translating effectively to the screen as a horror film.

I began writing the script for Wretch in Spring of 2016. This also happened to coincide with the drummer in my band and his wife beginning to participate in their first group ayahuasca ceremonies. This was the first time I had close proximity to anyone endeavoring to explore plant medicine to this degree, every aspect of their experience was fascinating.

In my work with Psychedelic Spotlight, sharing the developing stories of the inhabitants of our planet Earth in the year 2022 learning to embrace psychedelic plant medicine for the role it may be destined to play in our species’ relief from a vast array of physical and mental ailments, the trips incurred and relayed by practitioners of ayahuasca, DMT and magic mushroom macrodoses captivate my imagination, and seem the very essence of fiction film: euphoric fantasy populating one end of the spectrum, nightmarish hellscapes on the other. 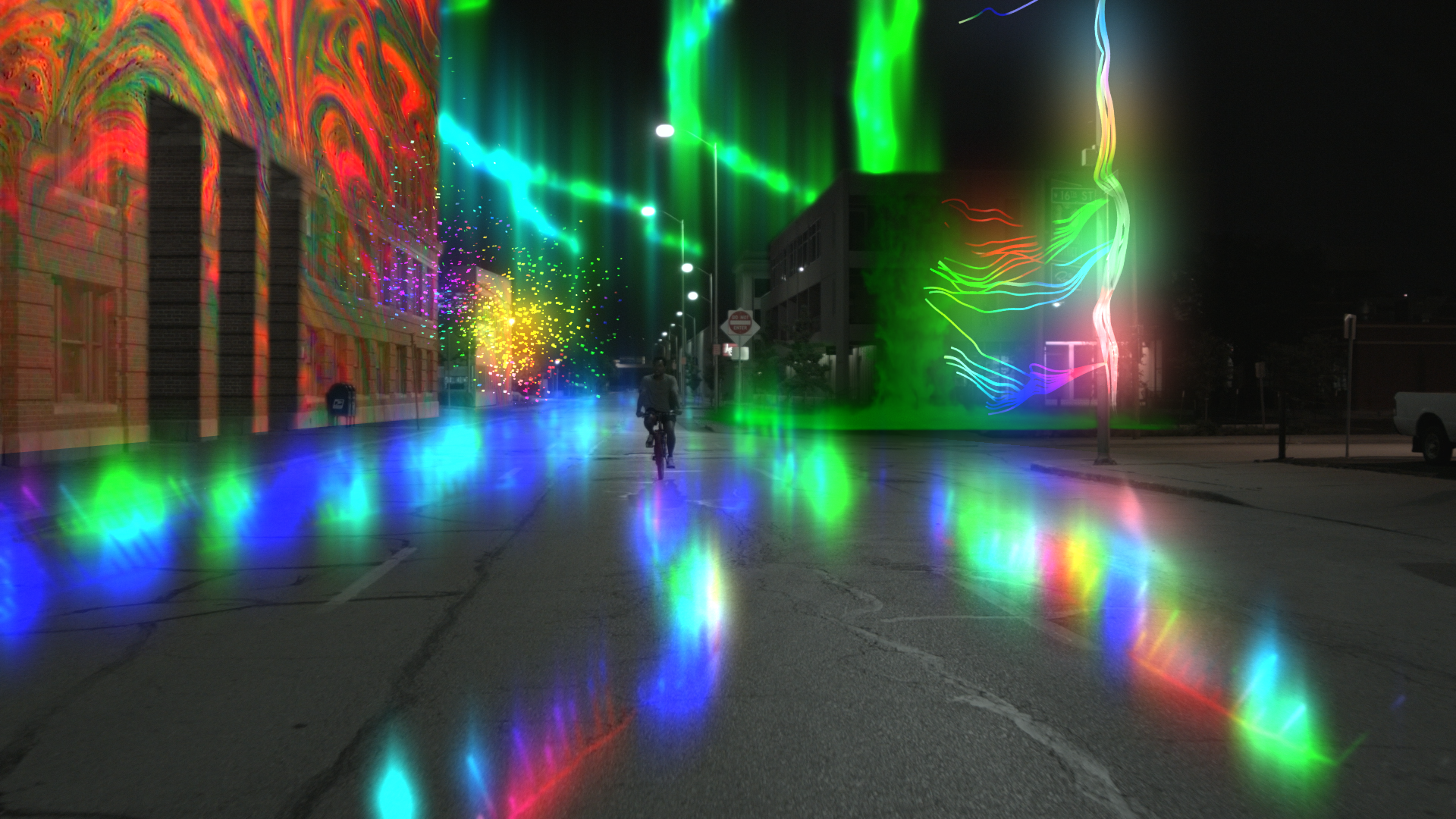 The tales my intrepid friends would regale me with after encountering Mother Ayahuasca seemed to eerily coincide with the fictional reality I was attempting to construct independently in my screenplay. In real life, they sought to transcend trauma and related physical illnesses. The characters in my nascent screenplay sought the same. An air of intrigue and ambiguity pervaded both their experiences in venturing into the ceremonial space, and my experiences venturing into the imaginary landscape of the narrative.

Production on Wretch began in May of 2018.  We shot for 19 days, three weeks in a row, six day weeks and change. I drew upon the talents of many capable creators from here in the Kansas City area and I also called in talent, primarily my principal cast, from LA, Atlanta, NYC and even Dublin, Ireland. It was a harrowing experience from start to finish, but we have documentation that it all somehow happened. And honestly, every bit of what transpired seems to have led me to this very moment, as part of this platform, considering what we do to make sense of what psychedelic means to our world.

Check out Wretch if you have time, I’d be grateful to hear your impressions. Reach me at Elkspridepictures@gmail.com. 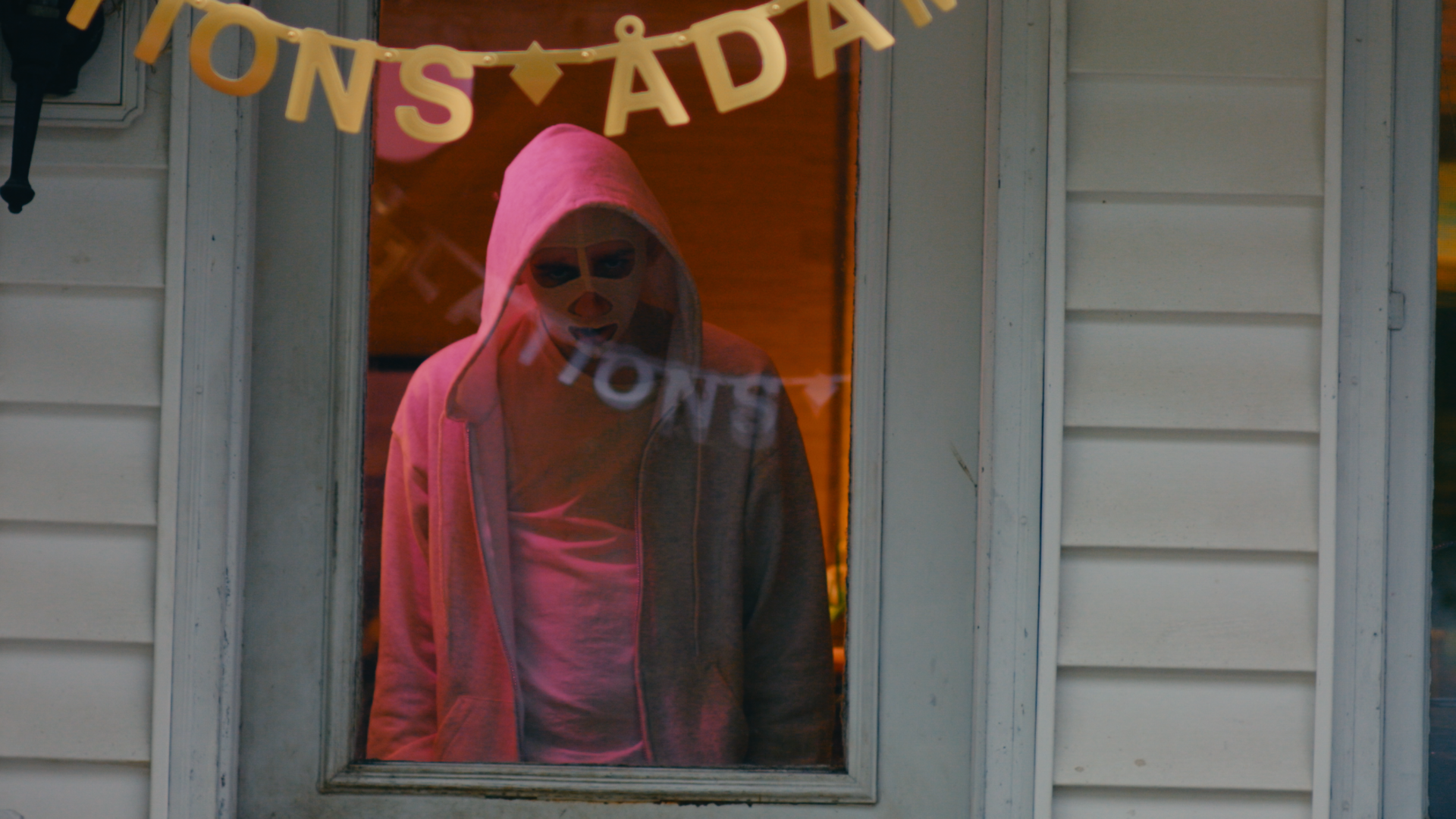