Psychedelics and Schizophrenia: What’s the Link? 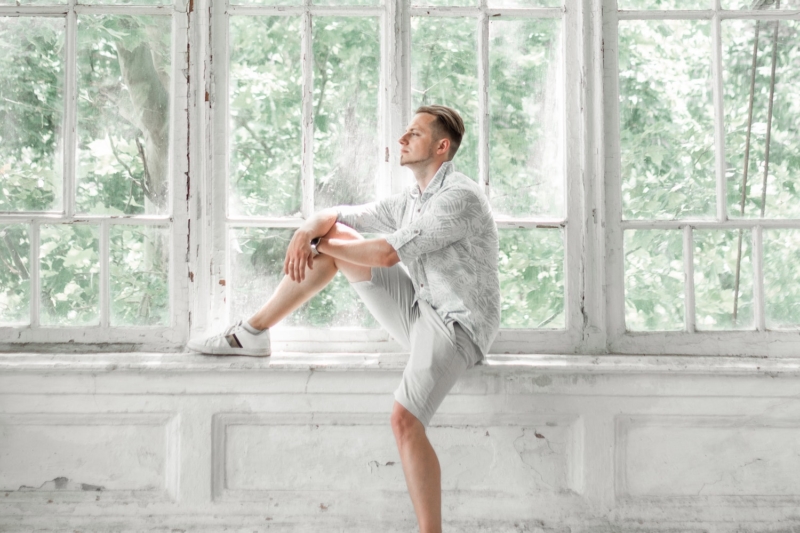 Psychedelics and schizophrenia share a history. Now, researchers are looking at how psychedelics may change the future.

LSD-25 sat on a shelf for five years before Swiss chemist Albert Hofmann decided to reopen research on this strange chemical. One day while at work at Sandoz Laboratories, he accidentally let LSD seep in through his skin. The ergot derivative caused him to lose focus on his work. As Hofmann later wrote of the experience,

“Objects, as well as the shape of my associates in the laboratory, appeared to undergo optical changes … [I] fell into a peculiar state of drunkenness characterized by an exaggerated imagination. With my eyes closed, fantastic pictures of extraordinary plasticity and intensive color seemed to surge towards me.”

LSD was initially synthesized from ergot in 1938 by Dr. Arthur Stoll, Sandoz’s director (and Hofmann’s boss). The junior researcher stumbled upon it while looking for a drug that could treat nausea for migraine sufferers. Hofmann’s initial experience and subsequent “Bicycle Day” (when he intentionally dosed himself) are well-known. That Sandoz freely sent samples of LSD around the planet to inquisitive researchers and psychiatrists is also common knowledge.

A lesser-known story is that one psychiatrist in particular, Werner Stoll (Arthur’s son), treated advanced schizophrenics with LSD in the belief it could either diminish their hallucinations or help them make sense out of their own crippling visions. The glorious and terrifying images one “sees” on LSD piqued many an inquisitive mind. For example, Carl Jung learned of its effects and contemplated archetypal and symbolic possibilities.

By the 1950s, over 40,000 subjects had been clinically dosed with LSD, with 90 percent of European LSD researchers interested in discovering the origins of schizophrenia by using this novel substance. In fact, psychiatrists were told to ingest LSD themselves to better understand their patients’ symptoms. A number of them did just that.

The neurological similarities between psychosis and psychedelics make this a rich field of inquiry. In fact, before being termed psychedelic, these substances were called psychomimetic due to their ability to reproduce psychotic states. This connection has stuck. Psychedelics continue to impact schizophrenia today even though drugs like LSD and mescaline are not suitable therapeutics. They do, however, clue us in to the travails of psychosis.

As often happens, when schizophrenia made its way into mainstream vernacular, it became a victim of wildly different interpretations, including false assumptions. This is in large part due to the 1973 book, Sybil: The True Story of a Woman Possessed by 16 Separate Personalities, which sold 6 million copies and went on to become a popular movie three years later. While it turned out that Shirley Mason’s therapist was lying about those personalities, multiple personality disorder and schizophrenia became conflated in the public imagination. People started using the terms schizo and schizophrenic to denote multiple personalities, which is not the case.

Schizophrenia is often a gradually advancing disorder that begins with an episode of psychosis. The symptoms fall into three categories:

Given the crossover in effects between LSD and schizophrenia, the link is not surprising. While there’s no known cause for schizophrenia, it tends to emerge earlier in men than women. Risk factors include genetics, environment, and brain structure and function. The latter offers another clue to the connection with psychedelics, as LSD is often credited with helping catalyze the field of neuroscience. As Michael Pollan writes in How to Change Your Mind, “Hofmann’s discovery helped to launch modern brain science in the 1950s.”

When researchers realized that a derivative of ergot could cause our mind to expand in such a manner, they wanted to understand the mechanics. Modern neuroscience was born from a trip.

There’s an irony that Hofmann stumbled upon LSD while researching an anti-nausea medication. In 1929, French existentialist philosopher Jean-Paul Sartre received an injection of mescaline to help spur his creativity. Apparently, the dose was too high, and the writer suffered from hallucinations of sea creatures attacking him for some time afterward. His breakthrough 1938 novel (the same year LSD-25 was first isolated) was called Nausea. While mescaline is not specifically mentioned, his inspiration was derived from his unfortunate run-in with psychedelics.

Sartre’s psychoanalyst, Jacques Lacan—the therapist was known as “the French Freud”—speculated that the crabs and octopi attacking Sartre’s brain was thanks to childhood trauma based on ocean animals. During the forties and fifties, it was quickly becoming apparent that the “visions” one had while under the influence of psychedelics was due in large part to the mindset of the participant, which includes their entire life’s history.

Many volunteers fared far better than the philosopher. Psychiatrist Oscar Janiger gave 900 people LSD in his Los Angeles home over eight years and recorded the results. Among other revelations, he noticed how influential the substance could be for sparking creativity—the very application Sartre sought. But Janiger also recognized that what you bring to the ritual will be exposed. As he writes,

“The nature of the individual drug experience reflects the basic psychophysiological action of the substance as it interacts with the total life experience that the person brings to it.”

While Janiger was experimenting in Los Angeles, British psychiatrists Humphrey Osmond—the man who gave Aldous Huxley the mescaline that became the inspiration for the book, The Doors of Perception, as well as the person who coined the term, psychedelic—and John Smythies were turning their attention to schizophrenia. In 1952 they discovered a compound in schizophrenic patients that resembled the molecular make-up of epinephrine (adrenaline, a common target of psychedelic substances) and mescaline. A decade later, this notion was given form in the “Pink Spots” (DMPEA) observed in the urine of schizophrenics.

A few years later, Alexander Shulgin realized Pink Spots are metabolites produced by chlorpromazine, a drug routinely prescribed to schizophrenic patients. In 1969, however, the concept of the Pink Spot was revived in London to support “Orthomolecular Psychiatry.” Orthomolecular medicine was coined by two-time Nobel Prize winner Linus Pauling, who spent the latter part of his career championing the curative effects of vitamin C. This branch of medicine helped spawn the modern supplements industry, as Pauling believed vitamins and nutrients rebalance our biology. Specifically, Osmond thought giving schizophrenics nicotinic acid could correct an imbalance in methylation reactions.

There was a battle being waged in psychiatry and pharmacology. Supporters of Pauling believed a wide range of diseases could be addressed by natural substances like vitamins and minerals. Meanwhile, thinkers such as R.D. Laing and Thomas Szasz questioned whether mental illness was even real. Szasz was suspect of the pharmaceutical interventions being created to “fix” a growing list of mental disorders. The pathologization of common conditions like anxiety and depression pointed to a failure of language; Szasz also notes that homosexuality was treated a disorder in this age.

Rather than pathologize every affliction, Szasz believed many mental health issues would one day be localizable in the brain. In The Myth of Mental Illness, he writes, “the persons psychiatrists now call schizophrenia suffer from an as yet undetectable form of organic disease, that it is only a matter of time and research until medical science discovers the lesions ‘responsible’ for this disease.”

This was also the era when the “chemical imbalance” theory was unfolding. In the late sixties, the “dopamine hypothesis” of schizophrenia was introduced. Drugs like Thorazine thwart dopamine transmission, while amphetamines (known to cause hallucinations) elevate dopamine activity in the brain. A gold rush ensued: in 1967 one-third of American adults received a “psychoactive” medication, bringing in $692 million to the coffers of pharmaceutical companies.

Meanwhile, the relationship between psychosis and psychedelics was being exploited by governmental agencies to instill fear around these substances. Suburban folklore spread that LSD “scrambles your chromosomes,” while radio host Ark Linkletter campaigned against LSD after his daughter committed suicide while supposedly having a flashback (toxicology reports found no illicit substances in her body at the time of death). Then there’s the unproven connection between Charles Manson and LSD. As the Nixon administration waged a war on drugs, psychedelics became a convenient target. Psychosis resulting from experimenting with psychedelics became a common motif.

This was the landscape of the late sixties: a battle for the soul of schizophrenia, with competing arguments for pharmacological intervention, psychedelic therapy, vitamin supplementation, and a return to 19th-century practices like moral therapy. While these interventions were—and in some cases, remain—hotly contested, most everyone agrees that abandoning insulin shock therapy and prefrontal lobotomies to treat schizophrenia was the proper course of action. What actually worked, however, remains open for discussion.

The Future of Therapy

Do psychedelics help or harm schizophrenics? Nearly 80 years into the research, there’s still no conclusive evidence. While Stoll was hopeful that dosing patients with LSD would be an aid, Janiger writes that this course of treatment “received a setback when some early studies showed that schizophrenic patients, given LSD, felt alienated by the visions LSD produced and reported that these were different from their own hallucinations.”

Instead of treatment, psychedelics are proving useful in the study of mental health disorders like schizophrenia in a manner similar to the original intention: by teaching us about the neurochemical mechanics of mental illness.

A 2009 study from Mt Sinai School of Medicine researchers brings us to the modern era. We now know that amphetamines increase schizophrenic symptoms. An exclusive focus on dopamine and the D2 receptor seems misguided. Earlier studies using animal models are difficult to assess given that schizophrenia appears to be a uniquely human disease. The researchers also note that the serotonin theory of schizophrenia “has been of considerable value in leading to the development of most of the atypical antipsychotic medications.”

The value of psychedelics like LSD (and disassociatives like PCP, also used in schizophrenia research) seems to reside in its ability to mimic psychosis in certain subjects—the very guidance Sandoz recommended in the 1940s for therapists interested in developing empathy with their patients. Psychedelics affect the 5-HT2A receptors that play a role in schizophrenia. As the researchers conclude,

“Psychedelics have a rich and subtle pharmacology in which closely related 5-HT2A receptor agonists vary dramatically in their capacity to cause LSD-like neuropsychological effects. This provides an excellent experimental system in which the signaling and circuit mechanisms underlying psychedelics has been mapped using systems pharmacology and mouse genetic models. The results obtained with the investigation of the mechanism of action of LSD-like and PCP-like drugs provide approaches for the rational design of new types of antipsychotic drugs and points towards a unification of the serotonin and glutamate hypotheses of schizophrenia.”

They also note that integrating the dopamine hypothesis into the model will provide further challenges. While using psychedelics to treat schizophrenia might not be tenable, this class of substances appears to be important for the development of new pharmacological interventions.

Just as autism exists on a spectrum, newer thinking of schizophrenia has produced a “group of psychoses,” rather than a single disorder. By identifying the differences in effect, researchers are hoping to tailor better pharmacology to alleviate symptoms instead of “curing” the disorder.

A 2018 study provides further clarity on the relationship between psychedelics and schizophrenia. Both break down the barriers between self and other. We know LSD does this by quieting parts of the brain related to ego—we’re back to the influence on the 5-HT2A receptors again. (We’re unclear why this occurs in schizophrenics.)

In this study, blocking the receptor using ketanserin (brand name Sufrexal) completely abated LSD’s dramatic effects—more evidence that utilizing psychedelics in schizophrenic research could lead to better therapeutics. Other drugs in development for treating schizophrenia thanks to LSD trials include busiprone and ergotamine. As with the treatment of every mental health affliction, empathy is critical. And psychedelics are undoubtedly useful for inspiring that capacity in us.

Mike Tyson Credits 5-MeO for His Return to Boxing