Why Psychedelics Could Eventually Treat Asthma 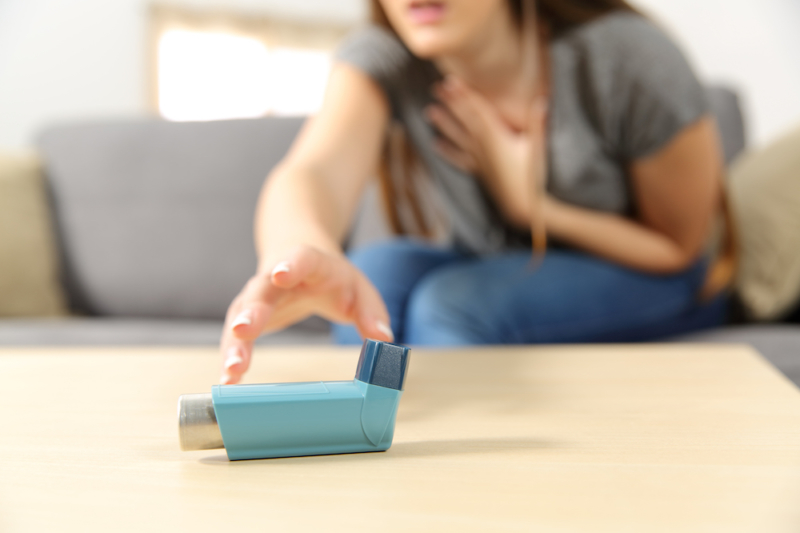 Researchers continue to explore anti-inflammatory nature of psychedelics, which in small doses, may alleviate asthma symptoms.

The research comes off the back of over a decade’s worth of work investigating the therapeutic potential of psychedelics, such as LSD, psilocybin, and ayahuasca, to treat mental health issues. But a recent effort by Eleusis and their partners has uncovered small doses may help those suffering from the common respiratory condition.

Psychedelics are structurally similar to serotonin, a neurotransmitter found in the body that is implicated in a variety of functions. The effects of psychedelic substances are due to their interaction with the serotonin 2A receptor (one of many types of serotonin receptors found in the brain). Much like a key fits to a lock, psychedelics have a complementary shape to the receptor – once these two ‘bind’ together, these substances may open your brain up to the ensuing psychedelic effects, if taken in a high enough dose.

Contradictory to this, a study conducted in 2008 found that an array of classic psychedelics – that is, substances that bind to the serotonin 2A receptor – had extraordinarily potent anti-inflammatory effects. Among the most potent was (R)-DOI, a substance structurally similar to mescaline, with subjective effects similar to LSD. These psychedelics seemed to inhibit the release of TNF-alpha, thereby reducing the body’s inflammatory response.

This is an interesting finding, as the inflammatory response is implicated in a range of diseases, including rheumatoid arthritis, Alzheimer's disease, and depression. Some researchers therefore speculate that the potent anti-inflammatory properties of psychedelics may contribute to their extraordinary effects in battling mental health issues such as depression.

One further inflammatory illness that is particularly widespread is asthma, a condition in which airways narrow and swell, making breathing difficult. For some people, it's a minor nuisance, but for others, it can interfere with daily activities and even lead to a life-threatening asthma attack. Across the globe, there are approximately 262 million people suffering from asthma, with that figure expected to rise over the next several decades.

To extend the above findings, Eleusis Therapeutics, a company dedicated to the application of the anti-inflammatory nature of psychedelics, investigated the effects of a range of psychedelics in a rat-model of asthma.

The study, published in ACS Pharmacology & Translational Science, involved testing out 21 different classic psychedelics, which ‘bind’ with the serotonin 2A receptor, and seeing how effective they were in preventing and treating asthma in rodents.

Surprisingly, despite its remarkable potency in inducing behavioral effects, LSD wasn’t particularly effective at treating the symptoms of asthma. The researchers found that the psychedelic 2C-H, most closely related to amphetamines and mescaline, was most effective at inducing an anti-inflammatory response, thereby preventing the classic symptoms of asthma such as the airways closing.

This relates to one of the primary findings of the study – the ability of the psychedelics to produce anti-inflammatory responses were not related to their behavioural effects. So, a psychedelic could, theoretically, be used in doses small enough that would prevent symptoms of asthma occurring, without having to undergo a psychedelic trip.

The anti-inflammatory properties of psychedelics are a useful antidote against the common treatment for inflammatory illnesses, as the use of psychedelics would not require any application of steroids. This would therefore minimise the risk of any side effects on the immune system.

The anti-inflammatory properties of psychedelics are now being further tested by Eleusis Therapeutics. The company is attempting to develop a method in which it can be delivered through the eye. This would further minimize the risk of any psychoactive effects of delivered psychedelics.

Ayahuasca Sent Megan Fox to ‘Hell for Eternity’ and It Was Better than ...
Scroll to top