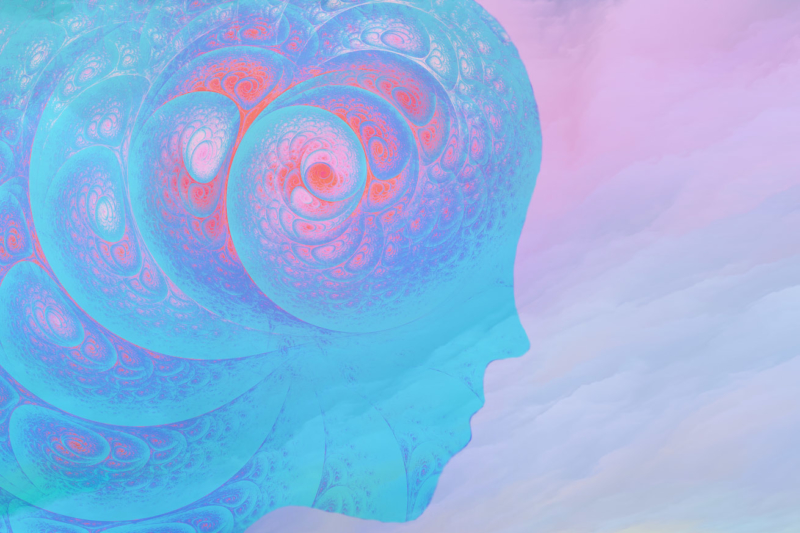 Psychedelics are proving to be a wonder drug for applications beyond treating anxiety and depression, and chronic pain may be no exception.

A recent publication by Imperial College London has investigated the effects of self-medicating psychedelics for chronic pain. Although the study was not conducted to assess the effectiveness of psychedelics in the treatment of chronic pain, the research opens the door to a number of clinical trials that are planning to be conducted in the next several years.

Chronic pain can come in many forms, but is broadly characterized as lasting pain for more than three months. The condition is more commonplace than you may think — around 20% of the global population has to live with it.

More serious and debilitating chronic pain conditions, such as fibromyalgia, have been causing doctors to scratch their heads for decades now; there is no explicit underlying cause of the condition, which means that treatments are rarely very successful.

Some patients are treated with antidepressants or opioids if the pain is relatively low-level. However, treatment can go as far as invasive neurosurgery — something that many patients would hope to avoid.

Despite the intensity of these more drastic treatments, many chronic pain patients are unable to feel long-lasting relief, which can have a huge impact on their quality of life.

“I just remember feeling really frustrated that I was in this situation. ‘When will it end, when will I feel normal again?'” said one chronic pain sufferer featured in the study. “I felt like my pain was controlling my life. There’s some hopelessness in that… [I] legitimately thought I was probably never going to get better, or that I would never feel true happiness again, or comfort, or any of those things.”

With no known cure for chronic pain, many patients, in this dark sense of hopelessness, turn towards self-medication.

The burgeoning interest in the use of psychedelics has been brewing online for years now. There are huge forums that document people’s journey with psychedelics to treat chronic pain, many testifying to its great success.

For example, over 10,000 people have actively participated with “Clusterbusters”, a website and organization dedicated to using psychedelics to treat cluster headaches (a debilitating condition characterized by cycles of excruciating headaches).

While this may seem like there could be strong placebo effects at play here, the science of psychedelics argues otherwise. LSD, and other psychedelics, have been shown to have strong analgesic effects, with research going as far back as 1964. Another study has even investigated the effects of LSD on phantom limb pain, a mysterious condition where patients perceive severe pain in an amputated limb.

Building on this, researchers at Imperial College London decided to conduct a series of interviews on those that self medicate with psychedelics for chronic pain. The aim of the research was to pave the way for future clinical trials, informing them about optimal dosing, and to see how psychedelics may change a patient’s perception of their own debilitating pain.

In the study, PhD student Julia Bornemann, the lead researcher of the study, had an open conversation with 11 chronic pain sufferers who had self-medicated with psychedelics. Each patient was also asked to retrospectively rate how their pain levels had changed after their psychedelic session.

Many patients testified to the analgesic effects of psychedelics, with nine out of 11 saying that they had complete or at least partial analgesia during the experience.

One patient highlighted this sudden and drastic change: “I remember getting up… and just being absolutely painless… I was standing up, perfectly upright, straight. Normally I can’t put any pressure whatsoever on the right side of my body… I use crutches and canes most of the time, but I haven’t for a few days.”

This patient quote also shines a spotlight on another finding from the study — again, nine out of the 11 patients experienced some kind of lasting pain reduction. This is a remarkable finding considering these patients had suffered from pain for an average of around 10 years.

The results here, however, need to be taken with a pinch of salt — the study was not intended to confirm whether psychedelics are effective in the treatment of chronic pain. Rather, it was to lay the groundwork for future clinical trials.

James Close, honorary clinical research fellow at the Psychedelic Research Centre and author of the study, highlights that a new study is to be conducted very soon, which will more rigorously assess the effectiveness of psychedelics for chronic pain. “Julia [Bornemann] and I are heading the team for a small mechanistic study looking at brain activity in people with fibromyalgia undergoing psilocybin assisted therapy. We’ve passed ethics and are due to start in Q1 of 2022.”

Close also sees promise in the use of psychedelics and is hopeful for the future. “As a specialist pain therapist working with these patients every day in the NHS, I hope this intervention will be able to help some people who’ve run out of treatment options for what can be a horrendous condition.”

Hawaii may soon legalize psilocybin therapy for the treatment of a range of mental health issues, according to proposed legislation.
New Study Suggests SSRI Drugs Can Be Used Safely with Psilocybin to Treat D...