Finding the Messy Middle with Sex and Psychedelics 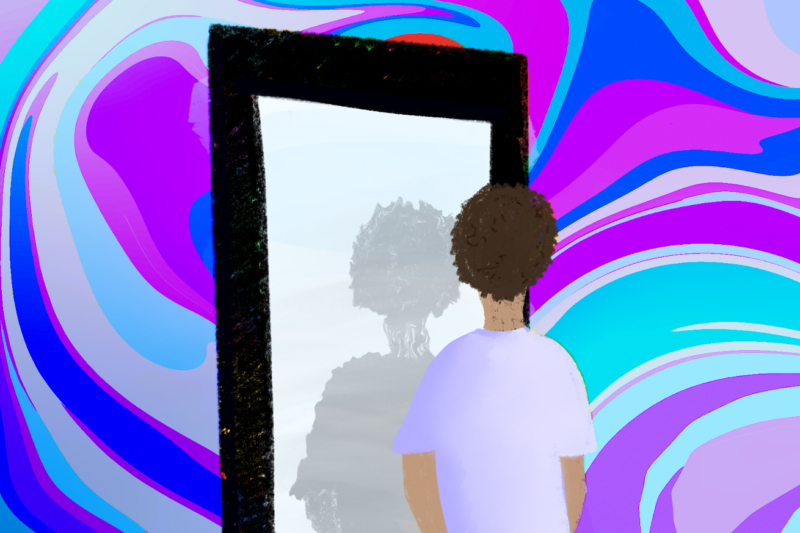 What’s it like to combine sex and psychedelics? As with most things, the conversation, especially in the media, tends to focus on the extremes. It’s either the greatest thing since sliced bread or a new rape epidemic waiting to happen.

My experiences with sex and psychedelics have fallen decidedly in the middle of those two extremes.

Let’s start with my first experience, which was also my most intense. If I were giving advice to anyone considering embarking on their first psilocybin journey, I would urge them to avoid doing what I did. What I did was take a heroic dose with my ex-boyfriend at night while we sat in my room which I was subleasing month-to-month. The room retained the paint and decor from its previous inhabitant, the elderly mother of my roommate who was supposed to be coming back from her native Guatemala at any time. Her taste was, shall we say, questionable. Two walls were painted a dark shade of purple, two a lighter shade. A James Dean poster hung on the wall.

Actually, let’s back up a bit. As a white female in the United States who aspired to a middle-class existence, I’ve always been terrified of gaining weight. This is going to be relevant, I promise. I was already married when I started smoking cannabis (hello, Evangelical Christian upbringing). I don’t remember if I consciously decided that when I got high I’d have sex with my husband instead of eating, or it just happened that way. But I’m pretty sure my habit replaced the munchies with the hornies, Pavlov-style.

Many people report losing their sex drive on mushrooms —but not me, baby. Maybe it was the existing association of inebriation with sex. Maybe it was our always amazing sex life, together or broken up. But that evening a new association formed between psilocybin and sex. The trip was unpleasant, on the whole. It was so unpleasant that I put off eating mushrooms again for years after that night. I remember staring at the ceiling vent, since there wasn’t much else to look at in that room and going outside into 14th Avenue in D.C. didn’t appeal.

I’d never before or since felt that physically or mentally out of control. I felt like I had to pee, but honestly wasn’t sure if I’d be physically able to walk to the bathroom. I made it, you’ll be relieved to know.

By far, the best part was the extremely intense sex, made all the more intense by the fact that we’d recently broken up and I very much wanted him back. But, again, as trips go, these were sub-optimal circumstances.

I can understand why some (most) people don’t want to have sex on psychedelics. One time I was tripping on mushrooms with my then-boyfriend type person and when I looked at his face his features had transformed into what I can only describe as glittering jewels. But soon enough that subsided and we banged.

The worst experience I’ve had combining sex and psychedelics was when I took too much ketamine at a poorly moderated sex party. Consent, as it turns out, requires the ability to communicate verbally. Verbal communication is really hard when you’re in a k-hole. Luckily I’d come with friends who noticed my inability to converse and took me home to watch Cocaine Cowboys, which I also didn’t consent to but didn’t really mind.

The next worst experience was at another more free-for-all sex party when I tried 2C-B for the first time. Again, I got so anxious that I had to leave. I spent the next four or so hours doing things like watching my bathroom floor tiles dance.

Molly (MDMA) has given me some excellent and less-excellent sexual experiences. The excellent ones involve giving and receiving massages and other activities. Then there was my first sex party post-Covid. I hadn’t had any Molly in a while, so my tolerance was low and I accidentally took so much that while eating out a lovely lady, still coming up, I realized this would be the last sexual rendezvous of the evening. I spend the rest of the night hydrating and cuddling with friends.

Is sex on psychedelics better than default sex? Not really, though occasionally on mushrooms I’ll have orgasms accompanied by visions of rainbow explosions, which are pretty neat. Mostly, it’s just different, which for me is fun in and of itself.

In terms of things that psychedelics make more fun, sex is near the bottom of the list for me. Near the top are looking at nature, something I don’t get as much out of as most people seem to when I’m not on drugs, and introspecting, something I very much enjoy doing in any state but seem to get more out of on drugs.

It’s hard to generalize about sex or drugs. Both can lead to very extreme outcomes, depending on the people, set, and setting. But I think it’s important when we talk about both, together and combined, to acknowledge that the majority of experiences will lie somewhere in the messy middle. They likely won’t be the best or worst experiences, most of the time. They’ll be good, bad, and mixed. Kind of like the rest of life. 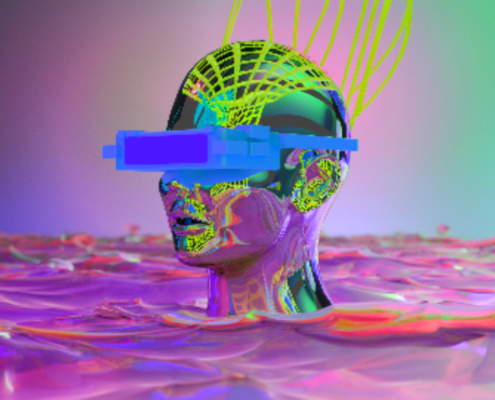 Shutterstock
Researchers are studying the effects of novel VR applications to see if they can produce effects similar to psychedelics, but do they work? 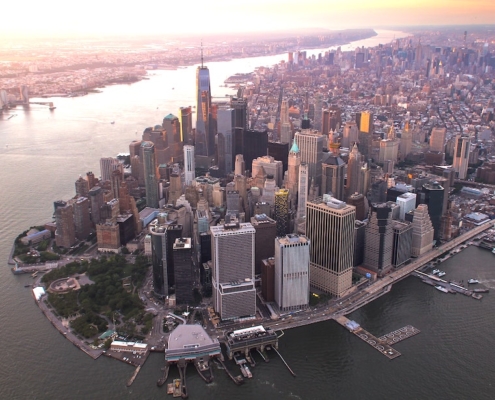 Proposed legislation in the state of New York would decriminalize psilocybin, the psychedelic compound in some types of mushrooms. 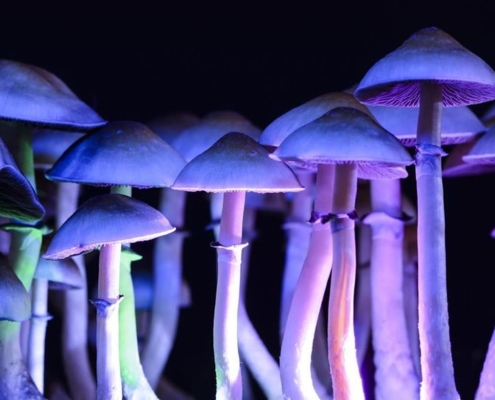 “Australian native ‘magic mushrooms’ may have evolved different methods for psilocybin production and offer adaptations that are preferential for use in clinical treatments," explains University of Queensland mycologist Dr. Alistair McTaggart.
The Best Psychedelic Trips from Kids Cartoons