How to Microdose Psilocybin According to Paul Stamets: The Stamets Stack 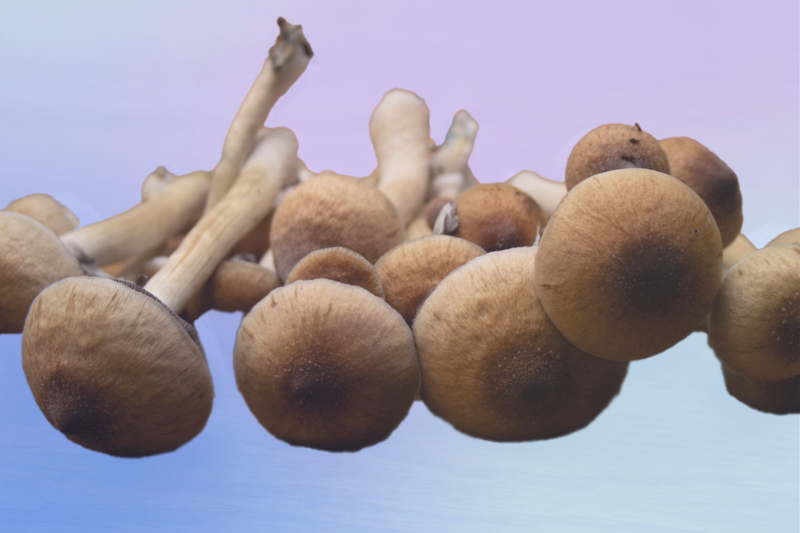 Under the Stamets Stack a person takes their microdose for the first four days of the week, and then the last three days are a tolerance break.

When it comes to psilocybin mushrooms, few people are more knowledgeable than famed mycologist Paul Stamets. Since his first book was published in 1978, Psilocybe Mushrooms & Their Allies, Stamets has been considered an expert in the field of psychedelic mushrooms.

Therefore, when considering microdosing the psychedelic, it is worth learning the schedule and routine that Stamets advises. This regimen is known as the Stamets Stack.

What Is Microdosing and What Are the Benefits?

Microdosing is the act of taking a very small dose of a psychedelic, in this case psilocybin mushrooms. If done properly, the dose should be sub-perceptual, or non-hallucinogenic. In other words, the person taking the dose should not feel psychedelic effects, and their ability to function in their regular work, family, or school environment should remain intact.

Despite not feeling perceptual effects, microdosing magic mushrooms have anecdotally been reported to provide a range of benefits, from improving creativity, decreasing stress, boosting mood, and helping you achieve states of flow. It is also said that the benefits are accumulative, and grow over time.

Here, it is important to note that while the anecdotes number in the hundreds of thousands, current scientific study is torn on whether there are concrete positive effects to microdosing, or whether the measured benefits are due solely to the placebo effect.

What Is the Stamets Stack? 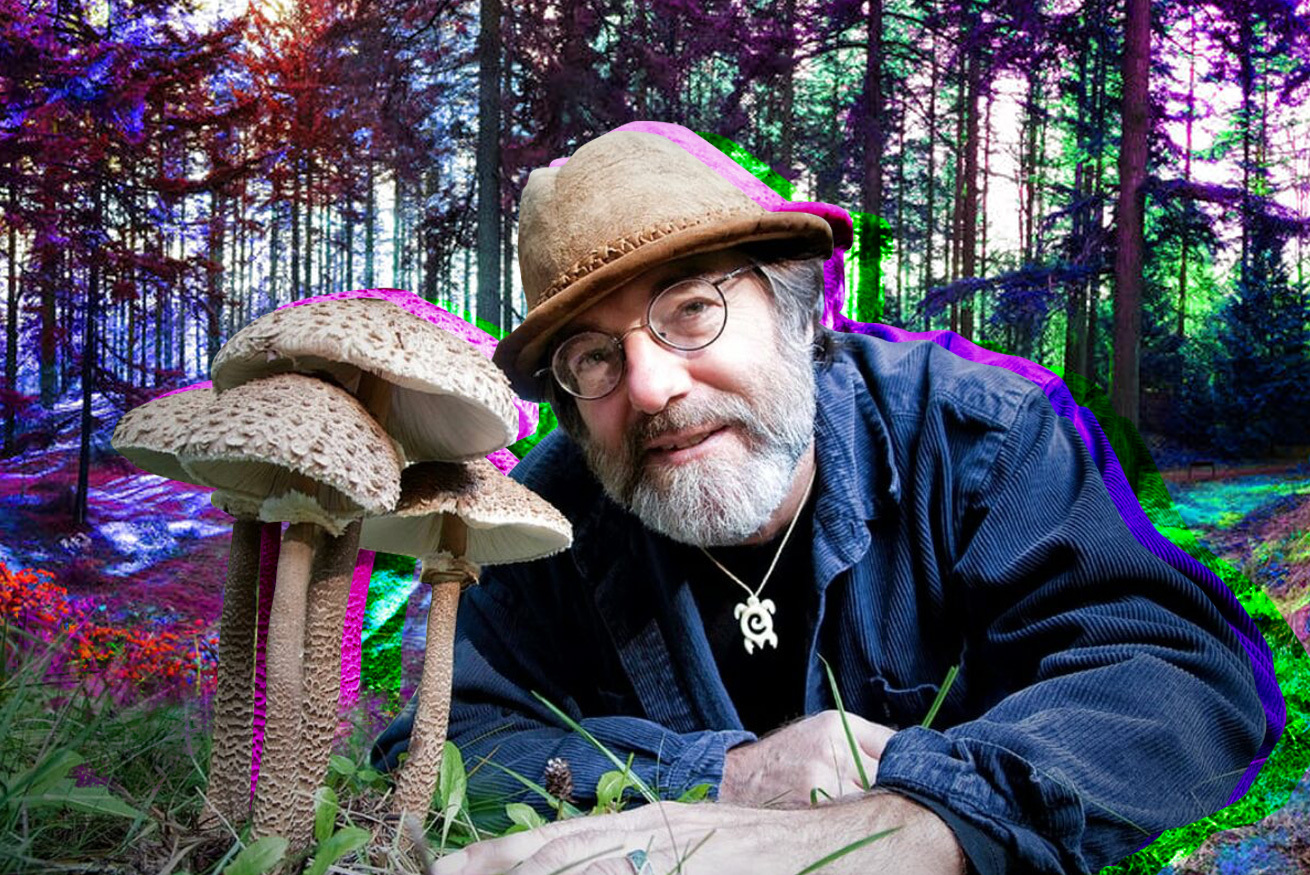 Like any emerging health regimen, the best practices are still heavily debated. Despite this, there are two well-known routines: the Fadiman Protocol; and the Stamets Stack.

Psychedelic Spotlight has already written Microdosing Psilocybin for Beginners in 5 Easy Steps, a guide heavily inspired by the Fadiman Protocol. In brief, this involves taking around 0.1 grams of dried magic mushrooms once every three days. The idea behind this is that on the first day, you feel the full effects of the dose, on the second day you feel half the effects, and the third day is a tolerance break. This break is important since even on such a low dose your body can still build up a tolerance

The Stamets Stack differs in two key respects: in the schedule, and in combining the psilocybin mushroom with other ingredients.

Starting with the schedule, under the Stamets Stack a person takes their microdose for the first four days of the week, and then the last three days are a tolerance break. The logic behind this is that by taking the microdose four days in a row, the body will more easily gain the accumulative effects of the psychedelic microdose, while the three days off at the end of the week are enough for a tolerance break.

The second difference is arguably the most important. Paul Stamets recommends not taking psilocybin or dried magic mushrooms alone, but rather in combination with Lion’s Mane mushrooms and an ingredient called niacin. Stamets coined the term “stacking” to describe this combination, hence the name the Stamets Stack.

When it comes to a microdose, it is important that you measure the three ingredients properly, especially the psilocybin. You do not want to take too much and cause yourself to take a small, rather than a micro, dose. This will cause you to feel greater effects, perhaps impairing you in certain circumstances, and it will destroy your tolerance. To measure, you can use a cheap kitchen scale.

For the Lion's Mane, Stamets recommends you take between 5 to 20 grams of fresh mushroom, or 500mg 1000mg of high-quality Lion’s Mane extract powder. As a reminder, Lion’s Mane is an edible mushroom, with no psychoactive effect, so you can’t exactly take too much of it. Nevertheless, munching through 20 grams may take a few minutes, so we would recommend sticking to the lower end, but that is just personal preference.

When it comes to the niacin, also known as vitamin B3 or vitamin PP, Stamets recommends you add between 100-200 milligrams to your stack. As consuming niacin can be somewhat uncomfortable—more on that in just a minute—for beginners we would recommend the lower end of this scale.

In sum, for a beginner microdoser, the Stamets Stack protocol calls for taking 0.1 grams of dried psilocybin mushrooms, 5 grams of Lion’s Mane mushroom, and 100 milligrams of niacin for the first four days of the week.

Why Add Lion’s Mane and Niacin?

Now that you have a solid understanding of what the Stamets Stack is, let’s take a moment to discuss why Stamets suggests stacking psilocybin with Lion’s Mane and Niacin.

According to Paul Stamets, the stack is designed to enhance cognitive functions and help neurogenesis, though these claims will need to be measured in rigorous clinical trials.

By combining psilocybin with Lion’s Mane and niacin, Stamets believes that a type of entourage effect is attained, whereby the combination of the three compounds works better than any would individually.

Lion’s Mane, a white mushroom also known as the bearded tooth fungus, is a well-established superfood. According to Double Blind, Lion’s Mane is “known to support brain health by stimulating nerve growth factor (NGF), which prompts the production, growth, and maintenance of neurons.” It also may have anti-inflammatory and heart-related benefits. This has led some to believe eating the mushroom can help prevent dementia.

Calling it an “intelligence mushroom,” Stamets believes consuming Lion’s Mane over a period of time helps with cognitive functions, and he includes it in his stack as he believes it “reinforces psilocybin’s ability to occasion neurogenesis.”

Moving to niacin, the B3 vitamin is involved in the body’s energy and protein metabolism. According to the Microdosing Institute, Paul Stamets “reports that the majority of neurogenesis occurs in the nerve extremities; since niacin works as a flushing agent and carries the molecules of the other compounds across the blood-brain barrier, so it helps with the distribution of these important molecules.”

However, taking niacin is not recommended if you have: a hypersensitivity to vitamin B3; a liver disease; ulcerus pepticum (ulcer of stomach and/or duodenum); gout; alcoholism; very low blood pressure; or decreased kidney function.

Taking niacin may also cause a “flush” sensation on the skin, which feels like a burning or itchy feeling, but this is not dangerous and should pass within half an hour.

In sum, by adding psilocybin with Lion’s Mane and niacin, Stamets believes that the stack may have the potential to reduce anxiety and irritability, enhance cognitive functions and creativity, increase socializing, provide a greater general sense of well-being, and reduce the effects of aging. These benefits can also lead to secondary effects such as a boosted immune system.

The Potential of the Stamets Stack

Stamets argues that the Stamets Stack, and other microdosing protocols, should be legalized and practiced by anyone, similar to taking your vitamins.

He believes that this can lead to “the next quantum leap in human consciousness,” or as he said at the Catalyst Summit on this past weekend, it can lead to the evolution of our species to what he calls “Homo Ascendus.”

The last comment and 4 other comment(s) need to be approved.
11 replies 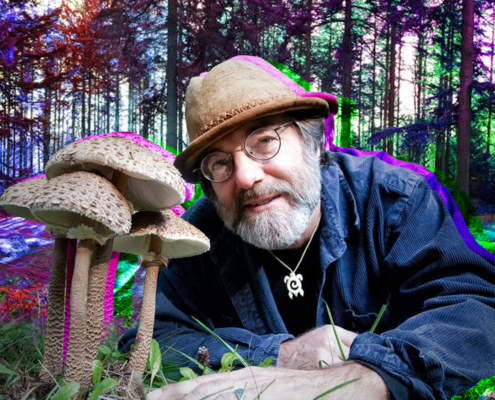 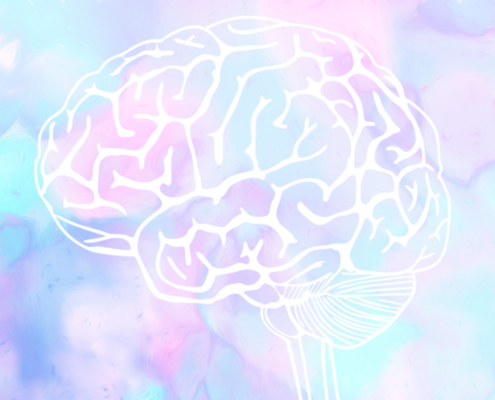 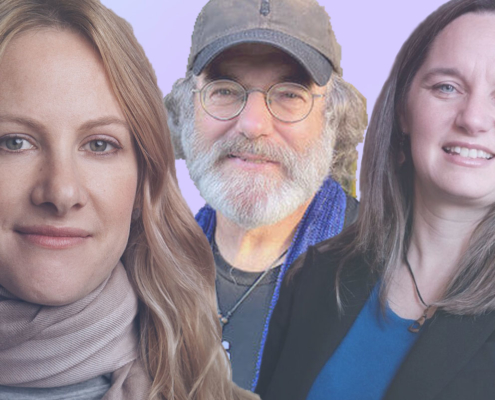 Even if you can't be there in person, it's not too late to get a discounted pass to tune in online.
Psychedelic Medicine Has Institutional Buy-In & 4 More Catalyst Summit...