Encountering DMT Entities: Are they Real? 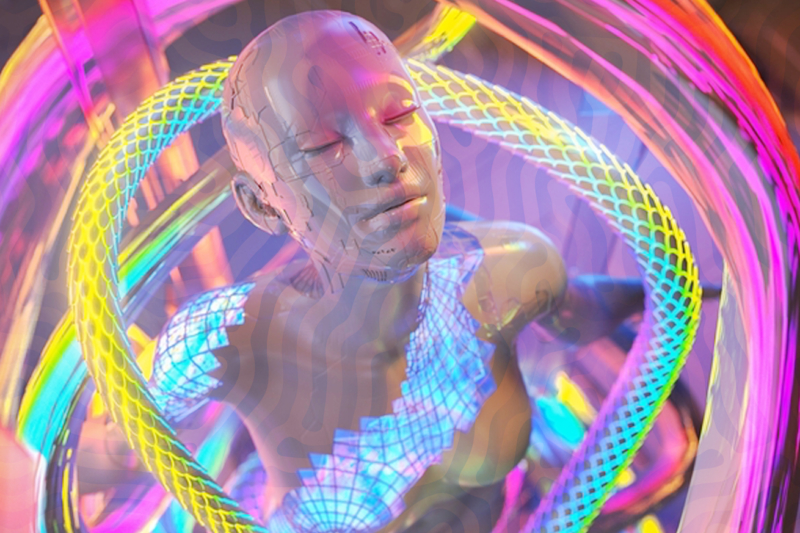 DMT is a powerful hallucinogen famous for producing experiences of encounters with entities, but how many people actually see them?

If you take a trip to the Amazonian basin, you can find the perennial shrub, Psychotria viridis. While this plant may seem unassuming to the untrained eye, it actually contains the compound N, N-Dimethyltryptamine (DMT). Dubbed ‘The Spirit Molecule’, DMT is one of the most potent naturally-occurring psychedelics known to humankind. Traditionally, Psychotria viridis makes up one half of the sacred brew ayahuasca, which, when drunk, will send you on a mind-bending psychedelic journey. However, DMT can also be smoked.

When smoked in sufficient quantities, this can lead to a ‘breakthrough’ experience – an intense but short-lasting psychedelic trip that catapults the user into another world. While the psychedelic effects of ayahuasca have been heavily documented (psychologist Benny Shanon took ayahuasca over 100 times, and wrote extensively on his encounters), the widespread experiences of smoked DMT is understudied comparatively.

However, in a recent scientific paper, published in Scientific Reports, researchers from the US, Canada, and the UK took a deep dive into the DMT-world, to map the common experiences that people can have during this short-lasting but intense trip.

For the study, the researchers scraped reddit for trip reports from inhaled DMT. Reddit is a rich online forum with content on a huge variety of subjects; one sub-forum is specifically dedicated to the discussion of everything DMT. Users’ of DMT flock from afar to write in-depth trip reports about their psychedelic travels with the compound, which provided the researchers with a rich overview of what the DMT experience is actually like.

The sub-forum contained over 3,300 unique trip reports, each documenting a separate DMT trip. The researchers analysed each report in-depth, and uncovered some common themes that permeated the sub-forum.

Within their paper, the researchers comprehensively overview a huge amount of unique experiences during each DMT trip. One common theme that emerged from the analysis was how trips were punctuated with positivity; over 70% of the DMT trips were characterised by a “sense of amazement”, while around 30% reported having an experience pertaining to the mystical (as measured by the Mystical Experience Questionnaire, which has its roots in the cognitive psychology of religion).

As DMT is a particularly potent psychedelic, many of the users’ found themselves absorbed in intense hallucinations for the most intense portion of the trip, otherwise known as the “DMT-world”. This DMT world was reportedly composed of fractals, geometric shapes and patterns, and also “beautiful, or hyperintense colours”. These hallucinations were mostly visual, but audio and bodily hallucinations were relatively common too.

In addition to mapping out the common hallucinations found in the DMT-world, the researchers uncovered some more mysterious motifs: “One of the most salient themes of the N, N-DMT experiences involved encounters and interactions with seemingly autonomous entities, occurring in 45.5% of experiences.” That is, nearly half of the users said that they faced another ‘being’ during their trip.

Most often the user recounted the presence of a feminine entity, with descriptions ranging from a Goddess, to Gaia, to Mother Ayahuasca. Moreover, this interaction with an entity often occurred from another dimension or reality; while the user remained in the present dimension, the entity was interacting with them from a distinct ‘other-world’.

Coupled with these entity encounters, Dr. David Lawrence, lead author of the study, told Psychedelic Spotlight that he was particularly moved by the frequent descriptions of familiarity with the DMT-world.

“Approximately 13% of the experiences included a report of a sense of “familiarity” with the DMT-state, including a sense of “feeling at home” or “belonging.” This is intriguing due to the objectively bizarre and divergent state occasioned by DMT.” Curiously, this sense of familiarity occurred despite a high prevalence of first-time users of DMT.

A bizarrely high number of people that meet entities during a DMT trip, coupled with this unique sense of familiarity, leads to an onslaught of questions. Are these experiences objectively real? Is there another dimension of reality hosting these entities? And does DMT allow us to access information not available to us in our ordinary state of consciousness?

These questions seem out of the realm for the scientific method, but many philosophers and scientists have endeavoured to answer these questions, and arrive at different conclusions. For example, Professor Michael Winkelmann, a medical anthropologist specialising in psychedelics and shamanism, writes that there may be a significant overlap between these DMT entity encounters and spirit encounters found in theological traditions. Winkelmann argues, however, that these experiences are likely to be a mere reflection of the mind, rather than of the nature of reality itself.

The present authors, however, adopt a more agnostic stance with regards to the findings of their study. They write,  “Entity encounters cannot be dismissed as irrelevant hallucinations without substance or meaning, nor accepted as transcendent realities.”

Lawrence highlights that the study opens up an avenue for a host of interesting research in the future. DMT could be used in a controlled lab-based setting to evoke entity encounters, like those found in spiritual and religious experiences. Scanning participants’ brains while they are on DMT, and potentially having these entity encounters, could push us one step closer to identifying a brain signature that may be responsible for these mysterious experiences. In addition to this, Lawrence says there might be specific experiences that could have applications for mental health issues. “6% of reports included a profound experience of death, of which 25% additionally included an acceptance of death or the removal of the fear of death. This to me is very interesting and may have therapeutic implications.” 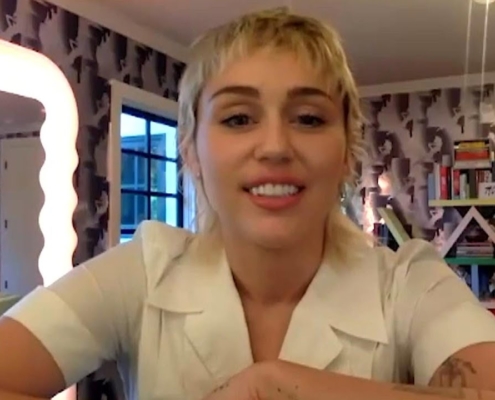