On Sacred Reciprocity: Giving Back to our Indigenous Predecessors in the Psychedelic Movement 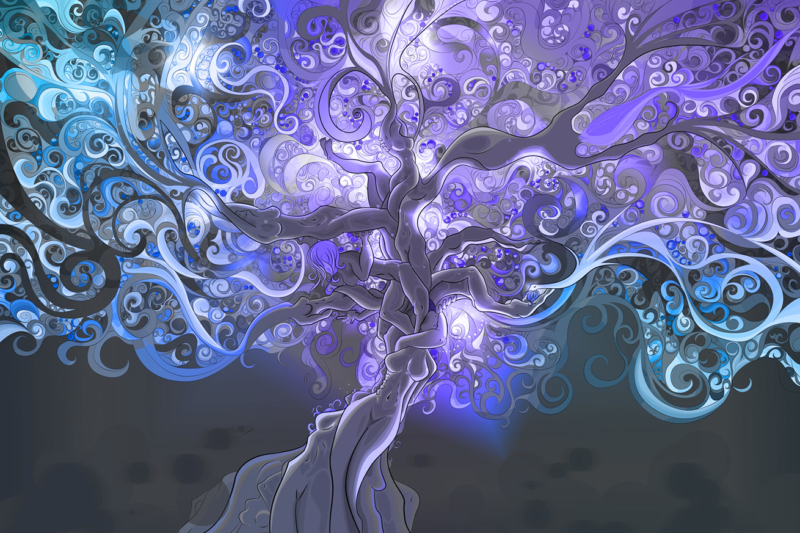 We owe so much of our understanding of these compounds to Indigenous peoples, and the widespread bioprospecting projects taking place today would not be prevalent without the inherent harm placed on local groups historically.

As efforts to place psychedelics at the forefront of psychological treatment continue, the race to solidify exotic patents on entheogenic compounds and expand facility infrastructure is on. But an essential piece of the psychedelic puzzle seems to be missing—namely, honoring and involving Indigenous members who have used entheogenic medicine as an integral part of their sacred and cultural traditions for thousands of years before any of us.

Major companies in the field have come under scrutiny due to their attempts to gain market monopolies on these novel therapies and the substances necessary to facilitate a patient’s life-altering experience. Although prospects are promising as the FDA continues to acknowledge scientific advancements in the field, a critical point is quickly being reached in our approach to respecting and honoring Indigenous members and their sacred medicines.

As cultural anthropologist Evgenia Fotiou states in her paper, The role of Indigenous knowledges in psychedelic science, “We can either continue ‘business as usual’ and perpetuate the hegemony of Western science over other ways of knowing, or we can step back and re-evaluate this framework.” Thanks to organizations such as Chacruna Institute for Psychedelic Plant Medicines, this conversation has come to the foreground as a critical piece to consider when building a just, equitable, and conscious future within the psychedelic movement.

In most parts of the world, Indigenous peoples have and are currently facing a substantial amount of oppression and threats against their natural environments, language, cultural heritage, and ability to thrive on our planet. Here, the use of psychedelic medicines primarily by North American psychonauts has further compromised Indigenous traditions and has placed several of these groups at risk. Some examples of this include the desacralization of the Mazatec’s “magic mushrooms”, or the threat to the Native American Church’s sacramental use of the endangered peyote plant as a result of spiritual tourism.

Western-centric individualistic thinking can come with a sense of inherent entitlement over “the other,” and here, we see this example clearly by excluding Indigenous world views and peoples while appropriating their most sacred cultural traditions.

The Power of Consent

So the question is: Why are so few companies placing the importance of sacred reciprocity, or the concept of mutually giving back in gratitude to those whom we have taken so much from, at the forefront of their initiatives?

We owe so much of our understanding of these compounds to Indigenous members, and the widespread bioprospecting projects taking place today would not be prevalent without the inherent harm placed on local groups historically.

Many are familiar with the story of Harvard researcher Gordon Wasson visiting Mexico in the 1950s and experiencing psilocybin for the first time with Mazatec curandera María Sabina, popularizing their use in the West after publishing his experiences and her photos in Life magazine without her consent. This negligence cost Sabina her life, as her community ostracized her due to her betrayal, she was temporarily jailed, and her home was set on fire.

The importance of rehearsing this story highlights how the brief history of psychedelic science is in itself coated in colonialism. The simple act of gathering informed consent before investigating these substances is a small step in the right direction of prioritizing traditional groups. After all, advancements using Indigenous traditions should technically be protected by agreements proposed by the United Nations, such as the Cartagena Protocol on Biosafety and the Nagoya Protocol on Access to Genetic Resources. Both measures imply that traditional knowledge is not subject to open access or an unregulated market.

Despite these efforts, raids and extractions continue to happen on Mazatec land by mycologists, biologists, and scientists, with unclear measures of permission granted to enter these communities. Community protocols negotiated among local groups could be the way forward to resolving this issue, but how exactly this will be best achieved will need to continue to be explored.

Western vs. Indigenous Ways of Knowing

It’s essential to consider the fundamentally different ways that our communities and cultures consider the concept of healing overall.

The Western scientific model often deems itself as the gold standard of acquiring empirical knowledge that leaves little room for the intangible.

In his book Indigenous Healing Psychology: Honoring the Wisdom of the First Peoples, Richard Katz, Ph.D. writes mainstream science and psychology could have been considered “an instrument and institution of colonialism,” perpetuating a predominantly white, institutionalized view of investigative knowledge.

We’ve even found a method of successfully reducing the mystical experience to a simple evaluation to make sense of it within our systems, while alternative and traditional perspectives are reduced to hearsay and wives’ tales. This attempt to impose Western ways of knowing onto traditional societies in itself can contribute to the erasure of Indigenous practices, such as shamanism.

In her discussion Honoring the Indigenous Roots of the Psychedelic Movement, Executive Director of Chacruna Institute Bia Labate states: “We should question the privileged position of science, take Indigenous knowledge equally seriously, and stop considering it ‘symbolic’ or ‘subjective’ versus the ‘objective’ and ‘factual’ science.”

Indigenous peoples believe that healing is an interrelated experience that happens within a community rather than an independent activity for self-progression. “Healing is a part of a larger holistic perspective that includes relationships between people, and between people, nature and the cosmos,” Labate says. “Plants can’t be reduced to a property—because they have spirits, they are alive. We can’t just reproduce, appropriate, or imitate a set of techniques that comes from Indigenous peoples.”

This emphasis on the relational nature of healing within Indigenous groups may provide some framework for implementing reciprocity in the future. But are psychedelic medicine companies willing to put forward the time, effort, and resources to coincide with these necessary efforts in return?

Reciprocity for an Integrated Future

Today, the inevitability of the psychedelic movement quickly growing to scale is a given. Therefore, it is crucial that providing a voice to those traditionally neglected from the conversation regarding their ancient traditions is welcomed and prioritized.

Taking the time to consider what reciprocity means throughout the exchange with emerging companies is necessary. What exactly does moving from an independent to an interdependent model look like for a large scale biotech company? Who will be the key players involved, what are their roles, and how can communication between different parties be facilitated in a way that honors each position?

The irony of Indigenous groups providing feedback regarding their medicinal and healing rituals for the sake of scientific advancement is salient. But, re-examining this dichotomous relationship and how science can receive valuable wisdom from Indigenous traditions to enhance its models is purposeful. At a minimum, corporations should be putting forth initiatives to assist in the development and sustainability of Indigenous communities, striving towards reciprocity.

Organizations such as Chacruna are making this effort accessible with the launch of their Indigenous Reciprocity Initiative of the Americas. This online resource will allow people to connect and donate to nonprofits and local community groups worldwide. They emphasize a shift in focus to longer-term sustainability and relationship-building efforts to engage in sacred reciprocity successfully. How exactly these efforts will materialize over the years as this movement continues to expand will adapt as time goes on.

For now, we are obligated to start the work individually to successfully move towards a more conscious and interdependent industry. Educating one another about the broader impacts of psychedelic use, holding companies accountable to give back where they can, and fostering gratitude towards Indigenous members for their deep knowledge of these medicines is a great place to start for a psychedelic future focused on sacred reciprocity. 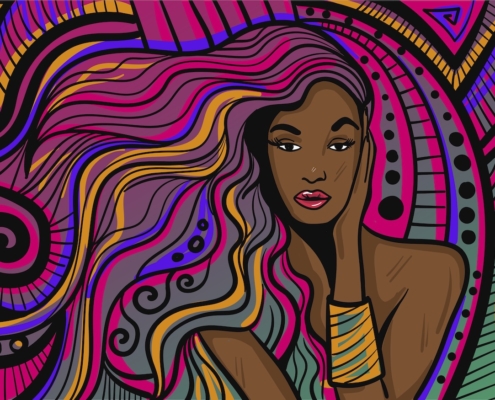 "Certain demographic groups have been the recipients of more legal scrutiny related to substance use than the majority of the population,” says lead researcher Cody Wenthur. 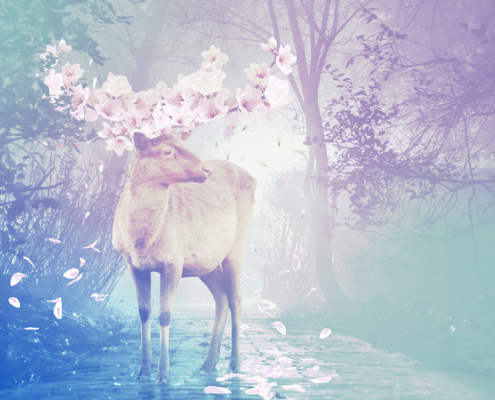 Ethnobotanist Joseph Mays discusses "the key to all life," and Indigenous reciprocity on the latest Psychedelic Spotlight Podcast episode. 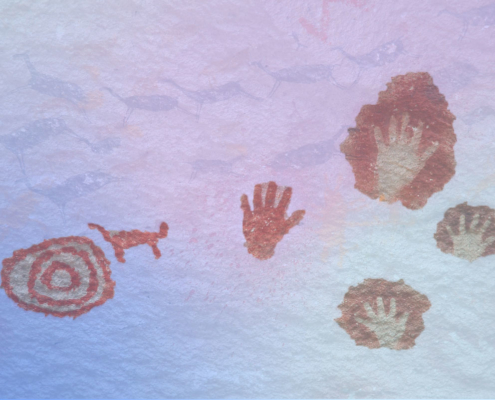 Shutterstock
Ancient civilizations have been using psychedelic substances, like psilocybin, for millenniums, and the proof is in their cave art.
How Mindset Pharma Is Making and Defining ‘Next-Generation Psychedelic...