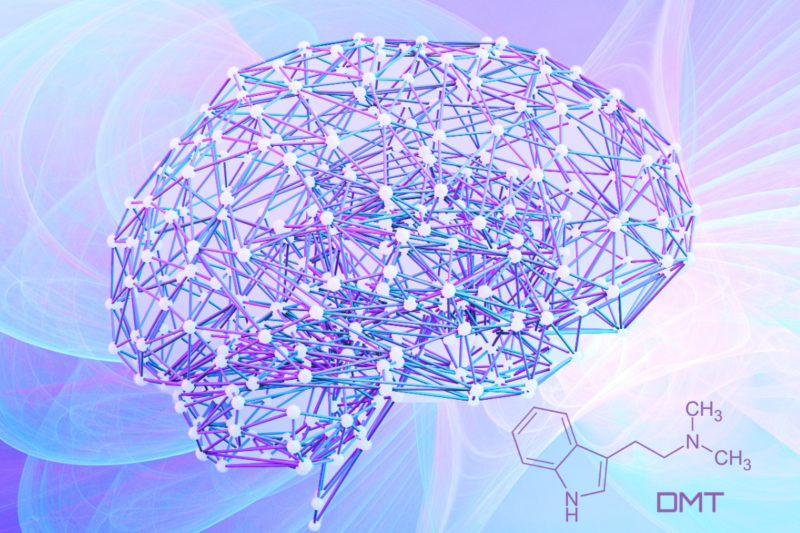 DMT is widely reported to be the most powerful hallucinogen known to humans. A few sips of vaporized DMT held in the lungs can produce a cascade of geometric hallucinations, including visions of goddesses, elves, sprites, fairies, clowns, temples, and alien landscapes. Dubbed “The Spirit Molecule,” DMT is now being investigated for its therapeutic potential in treating depression, anxiety, PTSD, eating disorders, and traumatic brain injury. More and more people are becoming curious about trying DMT, but one question remains: Is smoking DMT safe?

The Rise of Vaporized DMT

In the early 1960s, the underground chemist Nick Sand was the first person to discover that DMT freebase is hallucinogenic when smoked. “The world of DMT is incredibly vast,” wrote Sand. “What DMT opens in us is so profound that it is impossible to truly express.” Sometimes referred to as “The Businessman’s Trip” because it can be smoked during a standard hour-long lunch break, DMT was not widely adopted by the hippie generation, possibly because of the short duration, or possibly because smoking DMT required a glass pipe that makes one look like a “basehead.”

DMT’s reputation was dramatically changed in the 1990s, when psychedelic author and philosopher Terence McKenna rose to mainstream popularity lecturing audiences about DMT hyperspaces and “self-transforming machine elves.” McKenna’s DMT rants were traded on bootleg cassette tapes and woven into rave house remixes, and the myth of DMT was born. When Rick Strassman published DMT: The Spirit Molecule in 2000, comparing the DMT experience to near death experiences, the legend of DMT was codified into the modern imagination.

In the two decades since the release of The Spirit Molecule, the DMT myth was adopted by popular podcast host Joe Rogan, who was so enamored of the drug he would bring it up in almost every conversation. In 2018, Rogan’s habit of referencing DMT was memorialized with the now classic meme of Rogan responding to any innocuous statement from a guest with the phrase, “That’s crazy man. Have you tried DMT?” Because Rogan is a fitness junky with a large internet following, the myth of DMT grew to extreme levels with people equating smoking DMT to “leveling up” in a video game of the mind. If Joe Rogan recommends DMT, it must be good for you, right?

One of the commonly reported facts about DMT is that it naturally occurs in many plants and animals, including within the human nervous system. Because of this, it is also commonly reported that DMT is perfectly safe. But just because a chemical can be found in the human body does not mean it is safe to ingest. You can also find chlorine and ammonia in the human body, but you would not want to consume them because they are deadly toxins. So the first thing to keep in mind is that just because DMT is present in very small quantities in the human body, that doesn’t necessarily make it safe to consume.

The second thing to consider is that DMT very closely resembles the molecule 5-HT, or serotonin, a primary modulator of human brain activity. Because of this, the body’s reaction to the presence of DMT is very similar to the presence of a neurotoxin. The reason why DMT is so short-acting is because the body produces an enzyme called MAO (monoamine oxidase) to quickly metabolize stray neurochemicals floating around in the bloodstream, including DMT. So when the body detects elevated levels of DMT in the bloodstream, the biological reaction is to clean it out immediately. Why? Because a build-up of DMT in the bloodstream interferes with the serotonin system and leads to profound disorientation and hallucinations. The body has a built in protective factor against DMT, which should be your first clue that it is not entirely safe to consume.

However, if you inhale a large cloud of vaporized DMT all at once, or take a drug which blocks the MAO enzyme (an MAO inhibitor), for a short period of time DMT can travel freely through the bloodstream and produce the immersive trip. When inhaled DMT hits the bloodstream, the first biological response is an immediate spike in heart rate and blood pressure, sometimes accompanied by a feeling of tightness in the chest. This speedy onset often causes a ringing or high pitched tone in the ears, leading to a “rush” or a feeling of pressure building in the head. The rapid onset of vaporized DMT is perhaps the most dangerous part of the entire trip, and if you have a history of high blood pressure, heart disease, or cardiac abnormalities such as an arrhythmia or valve disorder, you should think twice before taking a huge hit off the DMT pipe.

What Happens if I Smoke Too Much DMT?

Because DMT interferes with the serotonin system, the most dangerous result of smoking DMT is serotonin syndrome, a condition typified by too much serotonin in the bloodstream. The main symptoms of serotonin syndrome are agitation, confusion, nausea, dizziness, rapid heartbeat, and rapid changes in blood pressure. At extreme levels serotonin syndrome can cause loss of muscle control, twitching, tremors, high fever, vomiting, and blackouts. All of these symptoms can occur on a very high dose of vaporized DMT.

Although it is uncommon, inhaled DMT can sometimes cause blackouts, seizures, and convulsions. In my decades of covering the psychedelic underground I have only seen this happen twice. Somewhere between the second and third hit, the eyes roll back and the person slumps over unconscious, dropping the pipe. The blackout is usually accompanied by twitching or squirming for a few minutes before the person slowly regains consciousness. Watching someone pass out from smoking DMT is extremely frightening, and it is never considered to be a good trip. People recovering from a DMT blackout report headaches, disorientation, and missing time experiences. They wake up confused and feeling like they were hit by a freight train. This is what you would call a DMT overdose, and fortunately DMT overdoses are rarely fatal. But if you are mixing other drugs with DMT, the potential for fatality dramatically increases.

Will Smoking DMT Make Me Crazy?

In addition to the immediate biological effects, there have been reports of chronic DMT use leading to profound effects on mental health. Frequent use of DMT can lead to psychosis, delusions, mania, and paranoia, typified by grandiose thinking and a general detachment from reality. DMT psychosis usually only occurs in people who smoke DMT multiple times a day for many days or weeks, leading to an obsessive fascination with spirit entities and hidden worlds that can only be accessed through continued use of DMT. This syndrome is sometimes referred to as being “spun out” on DMT, and people who become detached from reality after smoking DMT are sometimes called “spunions.”

Spinning out on DMT is relatively uncommon, but when it happens the case reports can be very extreme. DMT internet forums are often littered with users posting stories of becoming paranoid or delusional after extended DMT use, with more erratic users being banned for posting increasingly unhinged rants. Perhaps the most famous instance of this is the case of Chris Cantelmo, a 57-year old biologist who became fascinated with DMT and started a DMT cult on Reddit by distributing free money to supporters. Cantelmo reportedly smoked DMT many times a day for months, becoming increasingly convinced he was in communication with god and spirit entities, also claiming that DMT cured his cancer. But after months of increasingly bizarre behavior, Cantelmo eventually ran out of money and allegedly killed himself with a knife on a hiking trail in Southern California.

It is reported that Cantelmo had emotional problems before he started using DMT, and that he turned to DMT to help him with his suicidal depression. It was later discovered that the “cancer” Cantelmo claimed to cure with DMT was actually a metaphor for his old way of thinking, and after DMT he claims to have realized that “Humans and all other living creatures with a nervous system can receive information from God’s cosmic broadcast while their neural network is enabled by DMT.”

Cantelmo’s psychological dependence on DMT eventually led to his downfall and death, which should serve as a warning to anyone who falls into similar traps of believing that DMT is somehow revealing hidden information. Taken infrequently in small doses DMT can be strange, insightful, bizarre, fun, and mostly harmless. But like any other drug, if you do too much or take it too frequently, it can become problematic and dangerous very quickly. 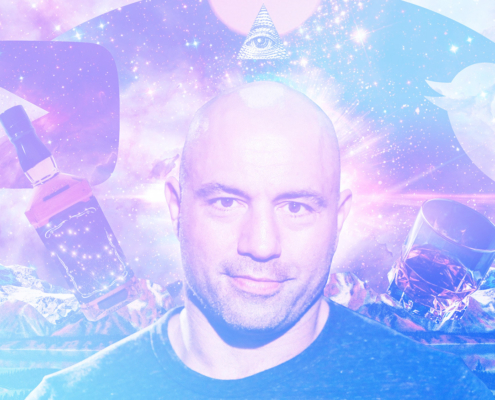 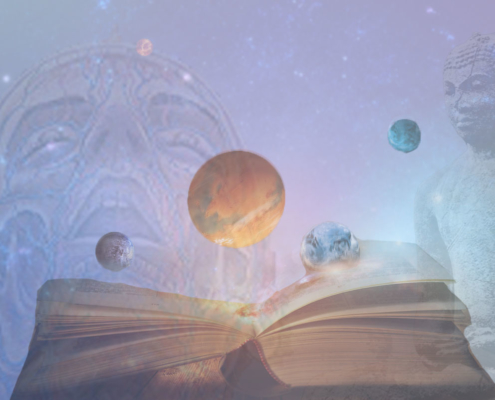 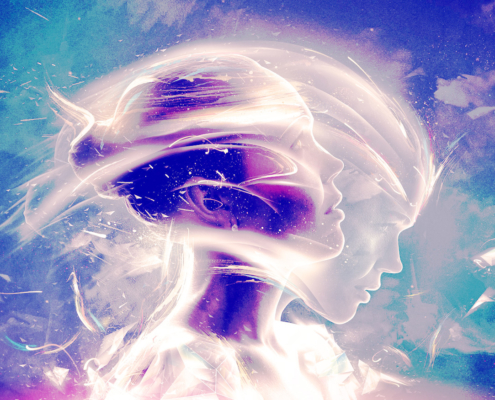