Kevin O’Leary Predicts These 3 Psychedelic Companies Will Merge, But Should They? 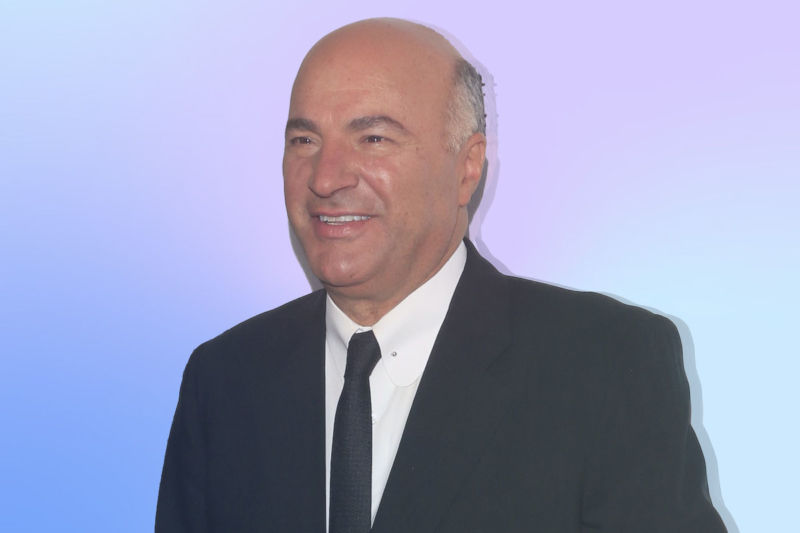 The "Shark Tank" star predicts three of the biggest psychedelic companies will merge into a mega corporation, but our resident Psychedelic Investor wonders: Should they?

Famed investor Kevin O’Leary made a bold prediction last Tuesday, saying that psychedelic companies MindMed, atai Life Sciences and Compass Pathways will merge. For psychedelic stock investors, this would be a tsunami-sized event that would have ripple effects throughout the industry.

The Shark Tank star made the comments at the inaugural Benzinga Psychedelics Capital Conference in Miami, arguing that the companies “each need another $200 million by the time they get this to medicine.” In other words, as I have written before, the psychedelic medicines industry is heavily capital intensive, and getting multiple drugs from pre-clinical trials through Phase 3 trials and approved by the FDA can cost hundreds of millions of dollars.

Even though these companies are three of the best financed in the industry — atai (Nasdaq: atai) has $362 million, Compass (Nasdaq: CMPS) has $273 million and MindMed (Nasdaq: MNMD, NEO: MMED) has $133 million — the celebrity investor believes that in order to succeed the companies may have to become one.

It is important to understand that O’Leary has a stake in all three companies, with his largest being in MindMed. He was an early financial and media supporter of the company, and has since become a cheerleader for the entire sector. For example, at the conference, Mr. Wonderful — O’Leary’s self-bestowed nickname — called the sector a “once-in-a-lifetime opportunity.”

Now, there are two obvious questions that arise after hearing Kevin O’Leary’s analysis: Is a merger likely; and is it a good idea?

On the first question, ultimately, only time will tell. However, there is one factor which makes a merger of the big three more likely. As already mentioned, MindMed, atai and Compass all have a significant amount of money. But at the rate that they are spending on research and operations, each only realistically has enough money for around 2 years of operations. Eventually, they will have to raise more capital.

If the market for psychedelic medicines and research continues to be bearish, and stock prices and market caps suppressed, then raising capital through dilution may not be the most attractive option. For example, for MindMed to raise just what it spent in the last 12 months, $93 million, with a market cap of $386 million, we would be looking at a dilution of 24%. The math works out slightly better for atai and Compass, but they still face the same pressures. No company wants to dilute by a quarter every year.

Therefore, if after a few months the financial landscape for the psychedelics industry has not shifted favorably, it is possible that the companies may decide to combine their pots of gold, and eliminate duplicate expenses.

For example, in the recently announced Numinus Wellness acquisition of Novamind, the companies declared that they will be able to save $3 million per year on combined expenses, equal to about 10% of their spending.

Personally, I would think that MindMed, atai and Compass would want to see a greater than 10% reduction in their costs to make a merger worth giving up their independence, but that is just a guess.

At the end of the day, the king-maker of decisions will be money, and if the three companies judge that their best shot at bringing psychedelic medicines to market is through a merger, then it will happen.

But financial reasons aside, would a merger of atai, Compass Pathways and MindMed make sense?

When looking at their product pipelines, it does seem like the three companies’ projects compliment each other. MindMed focuses most heavily on LSD, Compass on psilocybin, and atai on r-ketamine. All companies are also working on next-generation psychedelics, and there is also overlap on earlier stage trials, particularly between MindMed and atai, on programs using MDMA and DMT. It is easy to see how the companies could streamline their operations.

However, just based on structure, atai operates differently than Compass and MindMed. While the latter two are traditional companies, atai can be thought of more as a holdings company, which owns lots of independent companies, each working on solving different problems. In fact, atai already owns about 20% of Compass Pathways, though the company operates independently.

Therefore, while it could be easy to see how Compass and MindMed could merge into one company, it is less clear how they would merge with atai. Would they become subsidiaries of atai? And if that is the case, would many costs even be eliminated from reductions in duplication?

There is also the question of whether the visions of the three companies strictly align. While on paper all three companies have the goal of improving the mental health crisis, in practice they may have different strategies for achieving that.

For example, both Compass Pathways and atai Life Sciences are backed by billionaire Peter Thiel, an investor famed for his love of monopolies. These companies have been accused of attempting to create a walled garden based on patents, which many critics label as patent-trolling. Personally, as I am not an expert in chemistry, I can’t make a value judgement on whether their psilocybin and other patents are genuine innovations that deserve to be patented, or attempts to patent knowledge already in the public domain. To learn more about the specifics of this debate, I highly suggest reading the work of Shayla Love at Vice News, who has covered this topic extensively.

At least in rhetoric, MindMed appears to be taking a different approach to patents. For example, when Robbert Barrow first became CEO, a fireside chat for investors was held. In it, he claimed that unlike other companies, MindMed was only patenting “real innovations.” To me, this seemed like a subtle dig at Compass. So it is possible that a real difference does exist on the moral boundaries of the companies.

However, I don’t want to overstate this, I solely mention it as I see it as a possibility. As already mentioned, I am not an expert in the topic.

Furthermore, the difference could just be surface level. As Graham Pechenik, editor of Psilocybin Alpha, pointed out on Twitter, a MindMed scientist has a patent application on using MDMA to enhance the effects of psychedelics, known commonly as candy flipping.

All of which is to say, whether a difference in values exists between the companies is solely speculation. And at the end of the day, financial necessities will probably play a larger role in any decision than the exact philosophical boundaries of patentable technology.

When it comes to the question of whether the three companies will ultimately merge, I personally am agnostic. I have zero idea if this is even a possibility, or if it has ever been discussed behind closed doors. Perhaps Kevin O’Leary only mentioned it because that is the future he wants to see, and he is trying to manifest his vision for the sector.

But since he is a large investor in the space, and holds positions in all three psychedelic companies, when he makes a comment like this, at a minimum psychedelic stock investors have to pay attention.

Interested in attending conferences where you can meet the leaders of the psychedelics industry? 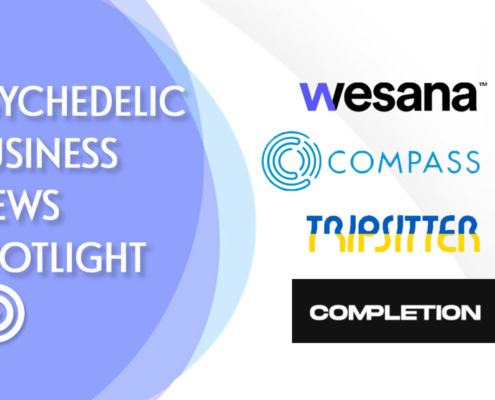 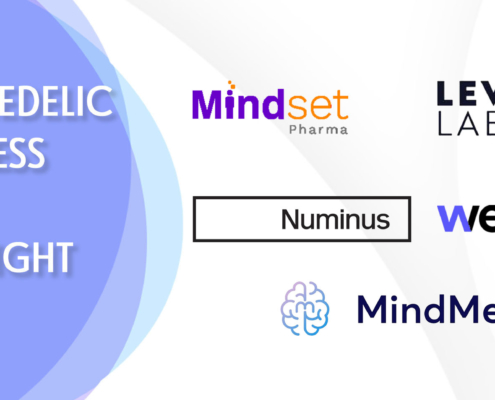 Levitee Labs Announces Interim CEO and Board of Directors ShuffleThis… 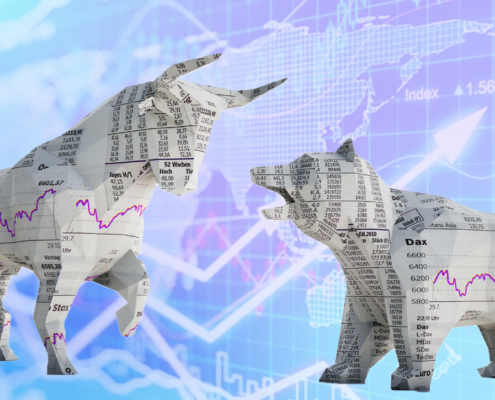 In a Reddit AMA, MindMed CEO Robert Barrow says Nasdaq delisting is not “a risk of any sort.”
5 Examples of Ancient Psychedelic Cave Art