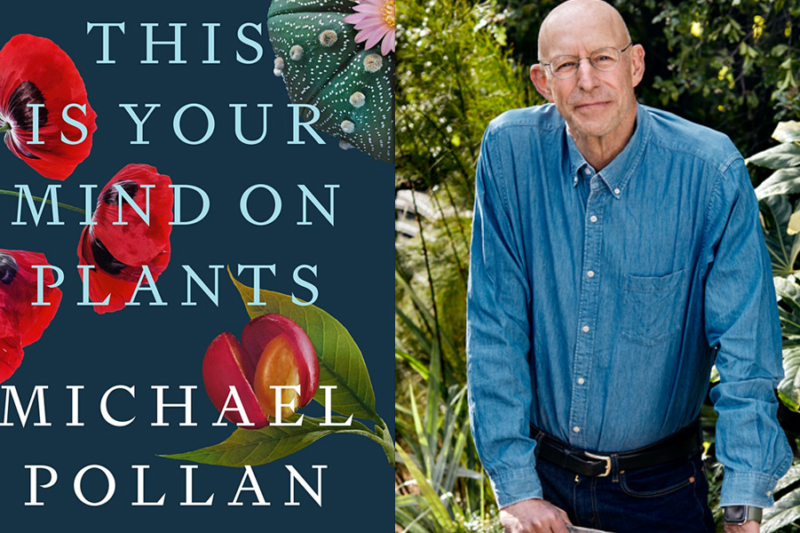 Michael Pollan is making us use our brains again. The author of the bestseller How to Change Your Mind: What New Science of Psychedelics Teaches Us About Consciousness, Dying, Addiction, Depression, and Transcendence, is now questioning why some psychoactive plants are heralded by society while others are shrouded in taboo.

His latest book, This Is Your Mind On Plants, hitting shelves Tuesday, takes a deep dive into how our brains and cultures have been impacted by three conscious-altering plants—caffeine, opium, and mescaline.

Pollan tells NPR’s Sarah McCammon in an interview published Sunday that he chose those three substances “because they represent three big categories of plants”—caffeine, which acts as an “upper;” opiates, or opium, which act as “downers;” and mescaline, a psychedelic substance derived from the blue-green peyote cactus, classified in the book as “an outer.”

Mescaline is the only psychedelic of the three, and one he says he wanted to explore because it was not broached in his previous book, How to Change Your Mind, which was declared one of the 10 best books of 2018 by The New York Times Book Review.

“I was curious to see how a psychedelic could be used in the context of a religion. And it turns out in the Native American Church, it's used for healing,” he tells McCammon.

The cultivation of peyote and use of mescaline is largely illegal in the United States. But the substance is recognized as a sacrament in the Native American Church of North America, and is exempt for Native American religious ceremonies under the 1994 American Indian Religious Freedom Act. What Pollan explains in his new book is that mescaline proved helpful for this traumatized population.

“In fact, they started using peyote at this moment when Indian culture was about to be completely destroyed by U.S. government policy. I mean, we were taking boys, cutting their hair and putting them in boarding schools with the avowed goal of, of saving the man and killing the Indian,” he says. “And just around this time they rediscovered this drug that proved very helpful. It’s a whole different way to think about a psychedelic drug than most of us in the West ever think about.”

For the book, Pollan deprived himself of caffeine for two months, surprising himself how difficult it was. He said he didn’t feel like himself anymore and even struggled with writing. “It told me that … my default consciousness is caffeinated.”

He also returned to his garden to cultivate his own opium, which is legal to grow in the United States, but Pollan emphasizes an important caveat. “People don't realize that this is, you know, a narcotic you can grow in your garden. However, as soon as you slit that poppy head, in fact, as soon as you form the idea in your head of consuming it as a drug, you have violated the Controlled Substances Act. So you don't want to go that far.”