The Thesis for Investing in Psychedelic Stocks 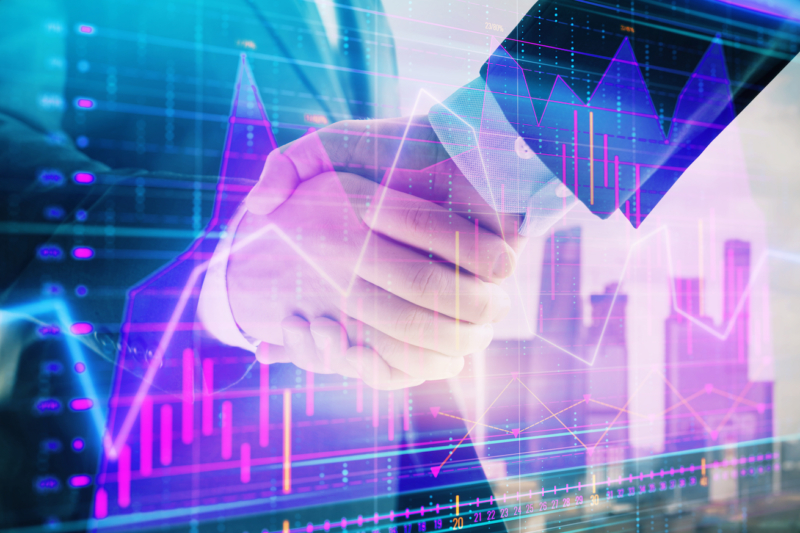 Projection for the emerging industry's market value is in the tens of billions of dollars by 2028, but not every company will succeed.

Is investing in psychedelic stocks a good idea? To answer this question, you need to understand the thesis behind an investment in the psychedelic medicines industry.

If the premise bears fruit, early investors will get high on their alpha gains. However, if history judges it to be faulty, then psychedelic portfolios will suffer a bad trip.

In this article I aim to explain the basic thesis of the investment in the psychedelics industry, give some reasons why it is a reasonable bet, and provide some notes of caution.

The thesis for investing in psychedelic stocks is straightforward enough: Over the next 5-10 years, psychedelic medicines and the companies that produce them will utterly disrupt the pharmaceuticals market, particularly when it comes to mental health care. Therefore, those who invest in the sector early will make a great return on investment.

First, let’s get an idea of the scope and scale of the markets psychedelic companies are attempting to disrupt. We can do this by looking at the projected market size for the treatment areas that psychedelics are most likely to disrupt: depression and anxiety; addiction; and PTSD. Note, many companies are also working on a range of other psychedelic treatments for ADHD to strokes, but the four listed above have the most scientific data.

Starting with depression and anxiety, by 2028 the annual global market for treatment will stand at an estimated $19.81 billion. For addiction, by 2027, it will reach an eye watering $31.17 billion. And for PTSD, the global market is projected to be a smaller, though still massive, with a projected $1.38 billion by 2028.

Therefore, combining these three treatments (and assuming 0% growth from 2027 to 2028 for addiction treatments), the potential 2028 market for psychedelics is a knee wobbling $52.36 billion.

To give a bit of perspective, the total combined market share of every psychedelic medicines company today is just below 4.9 billion.

Of course, just listing off huge market sizes and saying that psychedelic medicines companies want to disrupt these industries is not enough. We need to actually see proof.

Despite the massive market sizes for treating conditions like anxiety and depression, addiction, and PTSD, current methods are just not very effective.

For example, according to the organization American Addiction Centers, of people with Alcohol Use Disorder who attempt to seek help, “only about 25% are successful at reducing their alcohol intake for more than a year.”

When it comes to PTSD treatment, the Journal of the American Medical Association reviewed 36 trials of psychotherapy treatments for veterans suffering from PTSD. They found that “while up to 70% of the men and women who received [psychotherapy] experienced symptom improvements, around two-thirds of people receiving the treatments still met the criteria for a PTSD diagnosis after treatment.”

Finally, for the treatment of anxiety and depression, the evidence is mixed. While some studies show SSRIs, the most common treatment for anxiety and depression, are effective, others argue the benefits are mostly due to the placebo effect. For example, a review of clinical trials measuring the effectiveness of SSRIs to treat Generalized Anxiety Disorder and Panic Disorder, conducted by Wayne State University and the Harvard Medical School, found that SSRIs provided little benefit compared to the placebo, and that the “benefits may not outweigh risks.”

Patients who received ketamine therapy had “total abstinence in 162 of 180 days in the following 6-month period, achieving an increase in abstinence from around 2% prior to the trial to 86% post trial. The results for relapse at 6 months… was 2.7 times less than the placebo plus alcohol education group.”

For the treatment of PTSD, the nonprofit MAPS conducted a Phase-3 trial using MDMA therapy which showed that 88% of participants saw a reduction in their symptoms by 50% or more, and a full 67% of people improved so much they non longer qualified for a diagnosis of PTSD.

Finally, for treating anxiety and depression with psychedelics, like with SSRIs, so far the results are somewhat mixed. For example, Compass Pathways (Nasdaq: CMPS) recently published the largest-ever psilocybin for depression study. They found that 36.7% of patients had a significant improvement in their depression, more than double those in the placebo group.

Nevertheless, other smaller studies have had better results. For example, one published in the journal JAMA Psychiatry in November of 2020 found that psilocybin therapy reduced the symptoms of depression by 50% or more in 71% of participants, about four times as effective as traditional antidepressants.

When looking at this data, as compared to traditional means of treating addiction, PTSD, and depression and anxiety, it’s clear that psychedelic therapy may represent a paradigm shift.

If these results can be repeated, or even improved upon in further clinical trials, it’s obvious that those who invest early in psychedelic stocks providing these treatments will make a killing. The markets that psychedelic companies are trying to penetrate, valued in the tens of billions of dollars, are underserved and ripe for disruption.

While it does certainly look like the psychedelic industry is set to disrupt the pharmaceuticals industry, I must urge prudence in your financial decisions. This is still a highly speculative field, and though early data has been VERY promising, we are a long way from being able to say that psychedelics will, without a doubt, disrupt the pharmaceuticals industry. Before we can get to that point, we need to see trials like the ones mentioned above repeated dozens of times.

Furthermore, as an investor, you don’t only have to pick a winning industry, you also have to pick the winning companies within the field. There are around 50 public companies in the psychedelic medicines space, and it is anyone’s guess which psychedelic stocks will ultimately be victorious.

What’s more, the sector is bound to be extremely volatile, with major price swings in both directions. If you can not stomach seeing your stocks down massively in the short term while holding for the long term thesis, this industry is probably not for you.

It is worth remembering that the above numbers are not just statistics, they are people’s lives.

When making personal investments, it can often be forgotten that in the collective, where we decide to allocate money will have real societal effects. By investing in mental health medications, you make their success more likely.

I am not arguing that you throw good investment advice out the window to invest in bad psychedelic stocks. But rather, there are a million potential good investments out there. If you have the choice, why not invest in something that will not only make you money, but also make the world a better place. Invest ethically.

After all, the biggest investment opportunities arise from solving the largest problems. And there are few problems larger than the mental health crisis.