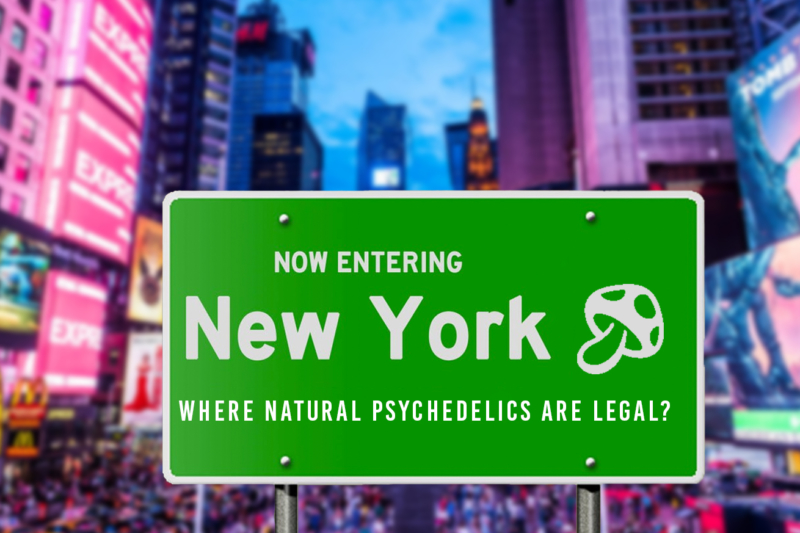 The measure would legalize the use of some natural plant or fungus-based hallucinogens, including DMT, ibogaine, mescaline, psilocybin and psilocyn, recategorize them and eliminate their status as prohibited substances.

As the psychedelic revolution continues to spread across the US, New York lawmakers have thrown their hat in the ring and pre-filed a bill aiming to legalize certain natural psychedelics. It's clear that legal reform is gaining ground when it comes to taking mushrooms out of the shadows and into mainstream awareness.

The bill seeks to amend some of the current laws in order to legalize natural plant- or fungus-based hallucinogens for adults. These changes would affect the Penal Law, Public Health Law, Labor Law, and Vehicle and Traffic regulations.

If passed, this would be one of the first major breakthroughs in 2023 regarding psychedelics legalization in U.S.

The new bill, which will be officially introduced this week, would:

The measure would legalize the use of some natural plant or fungus-based hallucinogens, including DMT, ibogaine, mescaline, psilocybin and psilocyn, recategorize them and eliminate their status as prohibited substances.

Additionally, the proposed law would grant people the right to provide or receive psychedelic services for either remuneration or not, and also enable religious organizations to utilize entheogens ceremonially.

To prevent any conflicts of interest, state and local law enforcement would be barred from assisting the federal government in enforcing laws surrounding controlled substances for activities that are legitimized by the state. 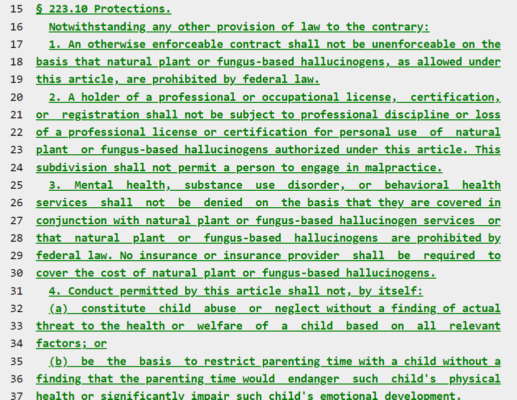 Section 223.10 of this measure puts several safeguards in place to protect individuals:

The presentation of the new bill is a sign that 2023 is set to be a breakthrough year in psychedelics reform, in part due to the progress made by decriminalization movements across America and voter support for psilocybin therapy in Oregon. Colorado recently became the second state to decriminalize psychedelics and legalize psilocybin therapy, a groundbreaking accomplishment that serves as evidence of the power of change at the state level. This incredible advancement was largely made possible by tireless and courageous activists who have fought for drug reform throughout our nation. With these developments, it looks like psychedelic use may soon become more socially acceptable than ever before.

The Psychedelics Industry in 2022 Was a Wild Ride

Open Carry Crack in Vancouver in 2023 – All You Need to Know About BC’s...
Scroll to top