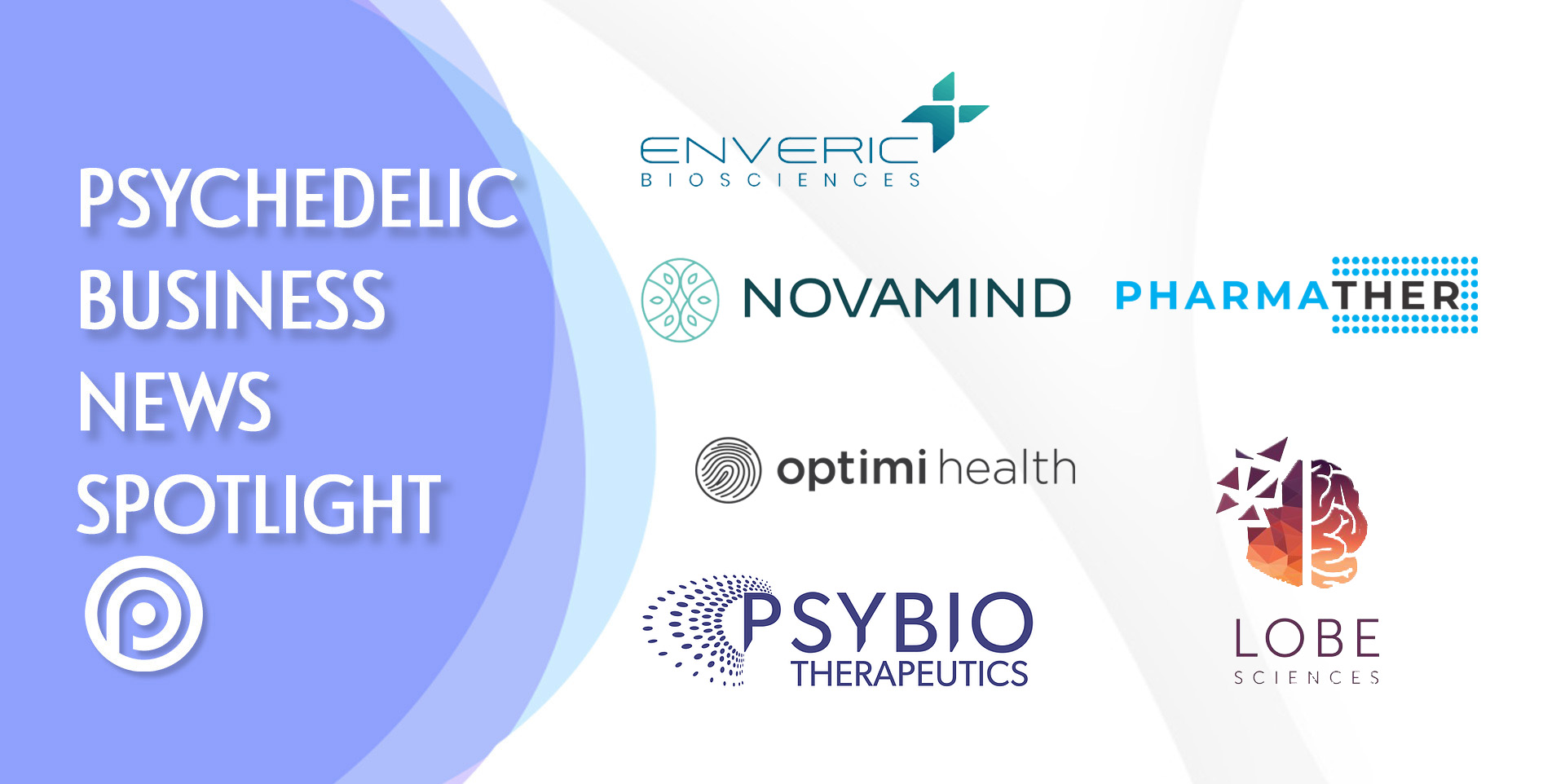 In psychedelic business news this week, Biotechnology company Enveric Biosciences announced that its artificial intelligence tool PsyAI has successfully identified viable psychedelic molecules for further development from its initial list of 500 psychedelic compounds. The company plans to use this tool to focus on its most promising molecules and accelerate their development to treat conditions such as cancer-related distress, post-traumatic stress disorder (PTSD), and other central nervous system indications.

Mental health company Novamind has launched its new Psychedelic Palliative Care Program at its clinic and research site in Murray, Utah. The program combines psychedelic medicine with psychotherapy, workshops, multi-day immersive retreats, and group support for palliative care patients who are dealing with serious illness and their families. The company also plans to host studies that will build on research by New York University and Johns Hopkins University which showed that therapeutic psilocybin is effective in reducing anxiety and depression symptoms in cancer patients.

The World Boxing Association (WBA) is working with Canadian life sciences company Lobe Sciences to build and launch a global registry for the identification and long-term management of current and former boxers with mild traumatic brain injury (mTBI) and PTSD. Through this partnership, the WBA and Lobe Sciences also plan to develop a first-of-its-kind protocol to describe the best practices for the early diagnosis and treatment of brain injury to be used post-fight for current boxers.

Biotechnology company PharmaTher has kicked of its Phase 2 clinical trial of ketamine for the treatment of Levodopa-Induced Dyskinesia (LID), a movement disorder common in patients with Parkinson’s Disease. Based on previous studies, PharmaTher believes ketamine holds promise in treating LID. Patient screening and enrollment are due to begin this month, with data expected by late-Q4, 2021.

And last but not least in this week’s psychedelic business news: Functional mushroom brand Optimi Health believes its novel psilocybin and psilocin extraction process can solve the long-standing challenge of the instability of these compounds. The company says its high-yielding extraction technique, for which it has applied for a provisional patent, can increase the total yield of alkaloids retrieved from the mushrooms and protect these active alkaloids from degrading.

With Oregon's recent victory for psychedelics, psilocybin retreats could soon be commonplace. What does that mean for mental health treatment?
These Are the Best Areas to Forage for Psychedelic Mushrooms in the United ...