Should Psychedelics Be Legal? Experts Weigh In 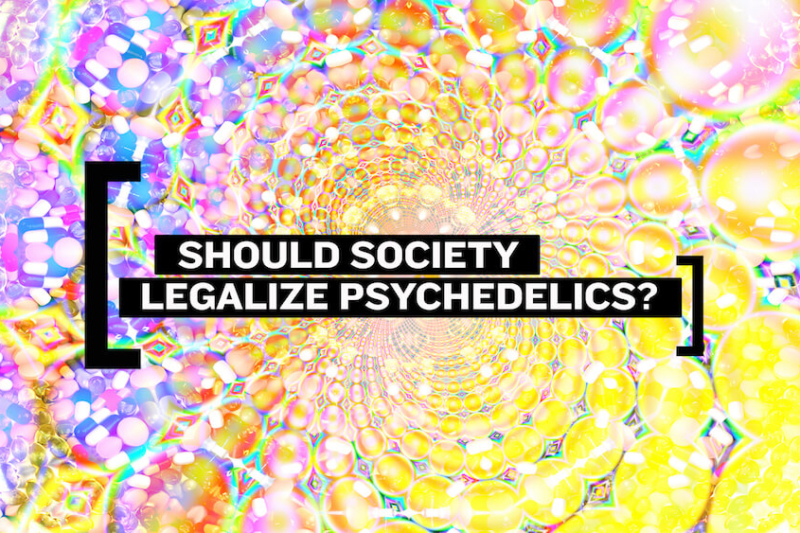 The Intelligence² Debates podcast took on psychedelics with an expert panel.

Viewers were asked to give their opinion on the topic before the debate as well as after. Prior to the discussion:

The panelists agreed that the infamous War on Drugs was not productive and hurt the medical advances psychedelics held. They also agreed that psychedelic medicine should be decriminalized for the purposes of religious ceremonies and medical uses. But when it came to legalizing psychedelics for the general public, the divide grew deep.

Proponents of legalization, Doblin and Labate, argued that psychedelics should be made more widely available to treat medical issues, but to also empower those who wish to seek personal growth or to strengthen relationships. And, to do so more safely. “We know a lot of drugs are adulterated through the black market,” Doblin pointed out.

Doblin also proposed creating a licensing system for those who wanted to legally use psychedelics, similar to how drivers’ licenses operate. Those who misbehave would lose their licenses for a period of time.

Opponents Lieberman and Sabet pushed back. Lieberman questioned the research behind use of psychedelics for spirituality and creativity—areas for which there are few, if any, studies beyond anecdotal reports.

Sabet cautioned that legalizing psychedelics would only put the industry in the hands of big business. He pointed to legalized substances such as opioids, tobacco, and alcohol, arguing that legalizing leads to commercialization and normalization. These substances, Sabat said “kill more people than all the illegal drugs combined.”

“Goal at Intelligence Squared is to encourage people to talk with one another honestly and forthrightly but with respect—something we don’t see happening a lot in our political discourse,” Donvan said. “And it can be a real challenge to find substantive, reasoned competition of ideas from people who have opposing views but to also know what they’re talking about and also have this same commitment to intelligence and mutual respect. And that’s what we do.”