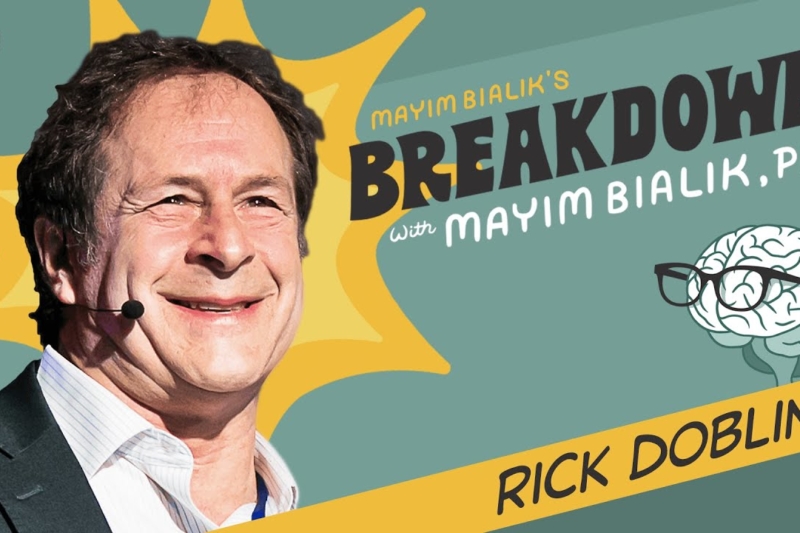 Rick Doblin, founder of the Multidisciplinary Association for Psychedelic Studies (MAPS), joined actress and neuroscientist Mayim Bialik on the March 16 episode of her podcast “Mayim Bialik’s Breakdown” to drill into his lab’s ground-breaking research into MDMA as a promising treatment for post-traumatic stress disorder (PTSD).

Each week, Bialik takes on mental health issues and explains them for the average listener. In the episode featuring Doblin, they touched on the origins of psychedelics and the “unified mystical experience of oneness” the therapies induce, and how those experiences can be used to as “an antidote to tribalism, to fundamentalist, to genocide, and to environmental destruction,” he says.

That’s the same experience that led Doblin to devote life and career to advocating for therapeutic uses of psychedelics for some of the mind’s most debilitating conditions.

MDMA, he explains, is not like classic psychedelics, like LSD, psilocybin, mescaline, ayahuasca. Those medicines are associated with ego dissolution or a sense of losing oneself. MDMA, also known as Ecstasy or Molly, works differently. It creates feelings of openness, acceptance, and defenselessness.

The medicine causes the body to release oxytocin, a hormone used to strengthen contractions in labor, release a mother’s milk supply, and facilitate bonding between mother and her child, Bialik adds. The body also releases the hormone when someone falls in love, and during orgasms.

MDMA’s ability to calm overactive minds while reconnecting them to disconnected memories can heal people struggling with PTSD, he says.

Doblin spearheaded efforts to obtain Food and Drug Administration (FDA) permission to move into large phase 3 studies MDMA-assisted psychotherapy for PTSD. For the study, participants agreed to be a part of the three-and-a-half-month program involving 90-minute psychotherapy sessions, supervised dosing sessions about eight hours in length, and integration sessions.

MDMA enabled the participant to explore traumatizing experiences in a more open and forgiving way, Doblin explains. The results of the study were remarkable. More than two-thirds of participants no longer suffered from PTSD a year after undergoing MDMA-assisted psychotherapy, and most of the remaining one-third saw a dramatic reduction of symptoms.

Now, Doblin is focused on breaking through regulatory hurdles to get MDMA approved for the treatment of PTSD in therapeutic settings. Listen to Bialik’s conversation with Doblin here.