Should You Listen to Music During Psychedelic Treatments? How Sounds Impact the Experience 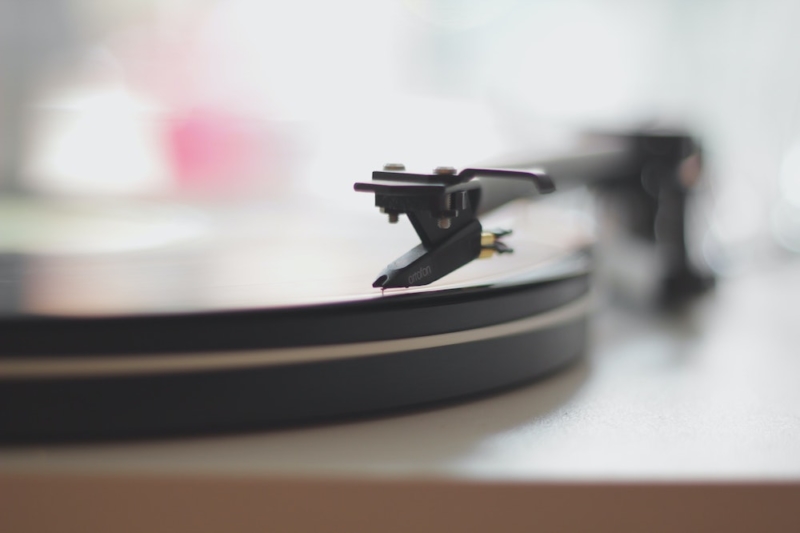 Does listening to music under the influence of psychedelics impact the experience? Here's what you need to know.

“The music vibrated through my body as if I were one of the instruments and I felt myself becoming a full percussion orchestra, becoming green, blue, orange. The waves of the sounds ran through my hair like a caress. The music ran down my back and came out of my fingertips.”

These are the words of essayist and experimental novelist Anaïs Nin, describing her encounter with LSD in a psychiatrist’s office in the 1950s. Nin taps in eloquently, not only to the complexities of a psychedelic experience, but also to the power of music during these experiences.

While Nin’s account is, of course, one of many that document the alterations in music perception (there are thousands of ‘trip reports’ on websites such as Erowid and Reddit), up until recently there was very little formal research on the relationship between music and psychedelics.

However, clinicians and neuroscientists have made significant headway in the last decade, and are beginning to fully understand the impact that music has on the psychedelic journey.

Mendel Kaelen, former neuroscientist at Imperial College London, was a pioneer of progress in this field. Kaelen decided to spend his PhD investigating the relationship between music, psychedelics, and therapy. One of the first studies that came out of Kaelen’s research career was grounded in the idea that the experience of music fundamentally changes when taking psychedelics.

On the whole, participants on LSD had stronger emotional responses compared to placebo. That is, LSD was responsible for intensifying the emotions induced by the music. This finding was particularly compelling for Kaelen and his colleagues. Older work on psychedelic therapy has highlighted that a psychedelic session can facilitate emotional release, which may be responsible for psychedelics’ antidepressant effects. This spurred on another key line of research diving deeper into the role music has in psychedelic therapy.

Music, Mysticism, and the Hidden Therapist

At the time of the above study, Imperial were also running their psilocybin for depression trials (dubbed psilodep). Within psilodep, patients with treatment-resistant depression underwent two psychedelic sessions with psychotherapeutic support. The results of the study were groundbreaking, with many of the patients achieving remission after decades of relentlessly battling the illness.

Within a psychedelic therapy session, the patient is asked to lie back on a comfortable sofa, with eye shades and a pair of headphones on. Patients listen to a playlist that’s carefully curated by Kaelen and other researchers. The music is there to ‘support’ the patient during the session, and guide them through their psychedelic journey.

But Kaelen and his colleagues wanted to see exactly what kind of support the music provided. So, they decided to set up interviews with the patients, to investigate exactly how the music tied in with the clinical outcomes. Did the relationship between the patient and the music enhance psilocybin’s antidepressant effects?

There were varying reports within the study — some patients were open to the music, while others expressed resistance. But the researchers crucially found that when a patient was more open, expressed liking for the playlist, and resonated with the musical journey, the patient showed greater reductions in depression. One patient in particular highlighted the driving force of the music:

“I feel the music in large part drove a lot of the experience. Under the influence of psilocybin, the music absolutely takes over. Normally when I hear a piece of sad music, or happy music I respond through choice… but under psilocybin I felt almost that I had no choice but to go with the music.”

This excerpt from a patient taps in to a critical point – the music could drive the subjective experience. Tying this in, the researchers also found that these patients that showed greater reductions in depression, due to their relationship with the music, were also more likely to have a mystical experience. The mystical experience is a hallmark of the psychedelic state, and has been highlighted as an integral element in psychedelic therapy. The researchers concluded that, when the conditions are right, music can facilitate joyous experiences that may ‘shift’ the mindset of patients that so desperately need it.

The Future of Music in Psychedelic Therapy

The crescendo of the research is loud and clear – music can play a pivotal role in the healing process of psychedelic therapy. By nurturing the journey a patient can undergo, and inducing positive subjective experiences, music and psychedelics have the power to change the mind for the better.

Leading on from his groundbreaking work at Imperial, Kaelen founded a company specialising in using music as and for psychedelic therapy. The company, Wavepaths, intends to provide therapists with a tool to sonically guide patients through their journeys; patients can tap in their musical preferences, and the app can tailor the music-experience.

More than this, however, Kaelen has witnessed first-hand the immense power that music can have on an individual’s wellbeing. Prior to the pandemic, Wavepaths were hosting immersive experiences in London that aimed to emulate a psychedelic experience, simply through the power of music. Results are promising, with 98% of respondents reporting an increase in wellbeing after attending one of these guided-listening experiences.

So, who knows where music and psychedelics may take us. We know that the combination of the two can lead to life-changing experiences. And the future can hold strange yet innovative ideas; if brain imaging techniques become even more sophisticated, researchers may be able to ‘mind read’ patients, and queue tracks that resonate the most with their emotional state, thus providing the most therapeutically beneficial psychedelic experience. Hopefully, more research will uncover more therapeutic elements of music and psychedelics to create new ways to cope with the burgeoning mental health crisis.

Check out one of the playlists Imperial College London used for their psilocybin for depression study.