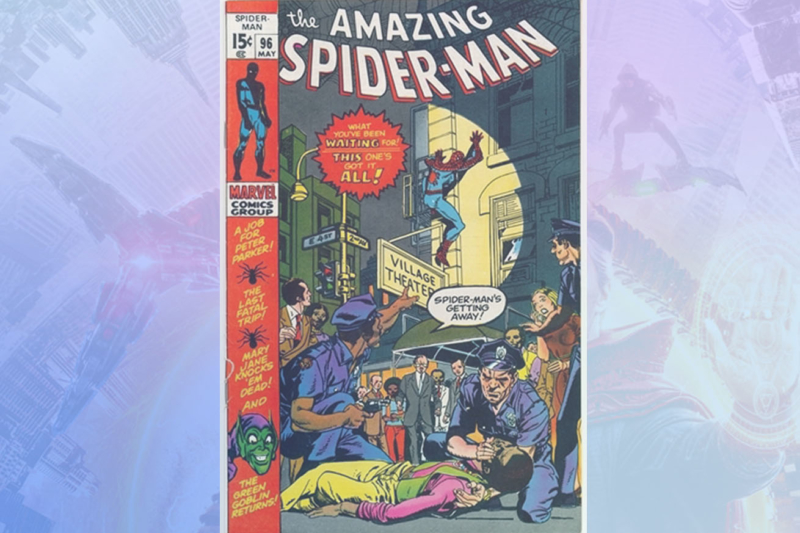 Long before this Marvel superhero joined The Avengers, he was recruited by Richard Nixon's anti-drug task force doing everything it could to publicly demonize psychedelics.

Before Spider-Man got lost in the multiverse, he was pushing anti-drug propaganda.

In fact, co-creator Stan Lee even defied an industry-wide comic book code of conduct to help President Richard Nixon spread the gospel of his War on Drugs, which was launched in reaction to the counterculture's psychedelic movement taking shape in the 1960s, leading an entire generation to turn on, tune in, and drop out from conservative government narratives that framed views on race, sexuality, and foreign policy at that time.

Sure, Peter Parker is hanging out with Marvel's most psychedelic superhero Dr. Strange in the latest blockbuster adventure Spider-Man: No Way Home, but in the early days of his life on the page, the webslinger was more afraid of psychoactive substances than he was giant reptiles and flying goblins. Let's swing in to this little history lesson.

“My life as Spider-Man is probably as dangerous as any, but I’d rather face a hundred super-villains than toss it away by getting hooked on hard drugs!  Cause that’s one fight you can’t win!”

So lamented our friendly neighborhood spider, in issue 96 of the Amazing Spider-Man run in 1971. This legendary story arc sees Peter Parker's roommate and best friend Harry Osborn become addicted to drugs, while Spider-Man is busy fighting his arch nemesis, and Harry’s father, the Green Goblin.

Ultimately, Spider-Man defeats the Green Goblin — but not with his super spider strength. Rather, Spider-Man shows the Goblin the dire state that his son had fallen to whilst he was out committing super-villain shenanigans. The shock of seeing Harry as an addict returns the Goblin to sanity, making him realize that he needs to be a better father. (Presumably, after he gets out of prison for mass murder.)

The entire three-issue storyline, which was specifically created to be an anti-drug story, is packed full of great “this is your brain on drugs” level dialogue.

For example, after saving a teen from jumping off a building while high on an LSD-like drug, Spider-Man bemoans, “I sure hope that poor guy will be all right. But I wouldn’t bet on it. Any drug strong enough to give you that kind of trip can damage your brain, but bad!”

Who knew? Spider-Man’s greatest enemy wasn’t the Green Goblin or Kingpin, but rather…DRUGS!

Stan Lee Joins the Fight in the War on Drugs

The history of how this story came to be is interesting in its own right. See, in 1971 comic books in the USA were self governed by something called the Code of the Comics Magazine Association of America (CCA).

This code implicitly banned any mention of drugs, whether they were presented in a positive or negative light.

Despite this, the United States was gripped by drug hysteria, and the Nixon administration wanted to push anti-drug messages to children. As part of this push, the Department of Health Education and Welfare reached out to Stan Lee personally, asking him to put anti-drug messages in his comics.

Stan Lee, wanting to do his patriotic duty, obliged.

The Code of the Comics Magazine Association of America would not give their seal of approval to the run, but Stan Lee and Marvel decided to run it anyway. Later, Lee would say, “I felt that the United States Government somehow took precedence over the CCA.”

The CCA seemed to agree, as they did not punish Marvel or Lee. Within a year, the association changed its rules to say, “Narcotics or drug addiction shall not be presented except as a vicious habit.”

Like many of the individuals responsible for pushing anti-drug content, Stan Lee didn’t actually know too much about drugs. In a later interview discussing the controversial story line, Lee brought up the teen jumping off the building while high on drugs.

He said, “I remember it contained one scene where a kid was going to jump off a roof and thought he could fly. My problem is that I know less about drugs than any living human being! I didn’t know what kind of drug it was that would make you think you could fly! I don’t think I named anything; I just said that he had ‘done' something.”

Of course, telling children not to do drugs can be a responsible message. It's hard to imagine parents in this or any other era being okay with a comic book encouraging drug use. But there is a difference between delivering a responsible message and demonizing all psychoactive substances — many of which are proving to be effective treatment options for depression, anxiety, and PTSD, among other mental illnesses, within a safe set and setting.

Nevertheless, Psychedelic Spotlight won’t demonize the late and great Stan Lee, either. His motivations were pure; he wanted to help a generation of kids.

Spider-Man: No Way Home is now playing in theaters across the country, and much like issue 96 of the Amazing Spider-Man, arch nemesis Green Goblin is central to the plot. 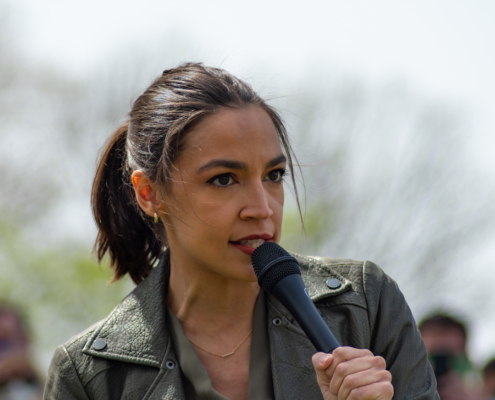