CB Therapeutics: Charting a Sustainable Course for the Psychedelic Industry 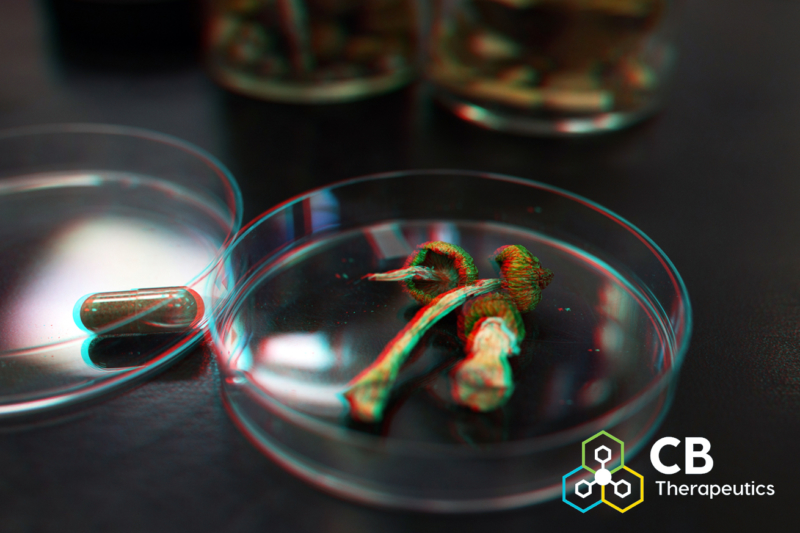 As the demand for these compounds steadily increases, CB Therapeutics hopes to be a go-to resource for drug developers and biomedical companies hoping to bring them to market.

A modern industrial revolution is underway.

The earth’s population is officially over 8 billion for the first time; meanwhile, critical resources are at risk due to explosive demand, climate change, and other supply chain issues driving costs up and creating widespread market anxiety.

For companies producing plant medicines, which are quickly becoming an integral component of global healthcare, these concerns are driving innovation. Building a sustainable and accessible supply of compounds to meet the needs of millions around the world is at the forefront of emerging industries like psychedelics and nutraceuticals.

One biotechnology firm aiming to achieve this lofty goal is CB Therapeutics. Founded in 2015, the company has developed an innovative and eco-friendly way to produce a wide range of research molecules and animal-free products at scale using advanced biosynthesis. 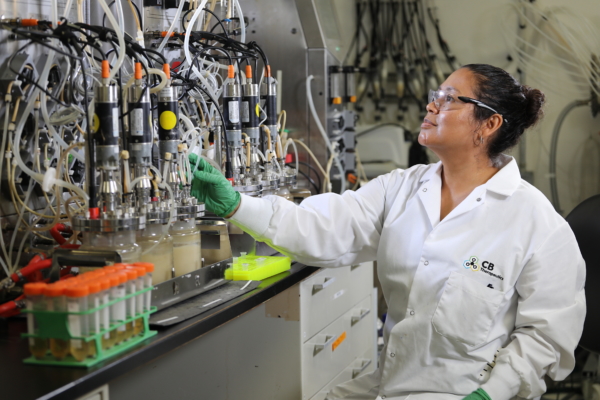 In layman’s terms, CB Therapeutics is able to create many useful compounds (including psychedelics like psilocybin) using sugar and yeast as the base. It may sound hard to believe, but their cutting-edge, carbon-negative (and cost-effective) process has already successfully developed nearly 70 different ingredients—and counting.

The team at CB Therapeutics was inspired to start the company after recognizing an increasingly serious need for finite resources that were becoming more and more difficult and hazardous to produce.

“Our technology is based around the idea that you were able to make any product cheaper, faster, better, without contaminants, and with a process that's much better for the environment than anything that's out there,” explained Sher Ali Butt, co-founder and CEO of CB Therapeutics. “We’re able to replace traditional agriculture or other processes that create a lot of waste.”

The process begins with lab technicians extracting the genes from the compound they wish to synthesize such as psilocybin. An integrated pathway is created, with sugar as the starting point. Each molecule is different in terms of what the final pathway will be, acting as a sort of puzzle for the bioengineers.

Once the molecules are created, a simple extraction is conducted resulting in the final product. Once the pathways are developed, the entire process only takes about a week from start to finish.

Initially, CB Therapeutics had its sights set on cannabinoids but quickly realized the technology was capable of far more. They began to explore the creation of wellness ingredients like retinol and hyaluronic acid, common food additives, and psychedelics.

The psychedelic compounds are of particular interest to the company, thanks to the personal experiences of many on the team. The team recognized the issues surrounding the emergence of the psychedelic medicine space, particularly concerns regarding the depletion of naturally found entheogens such as peyote cacti or amanita mushrooms.

They also understood the challenges of commercial cultivation, again pointing to psilocybin as an example.

“If you want a pure kilogram of psilocybin, you have to grow roughly 200 kilos of mushrooms,” Ali Butt explained. “Think about all the energy, the effort, and the carbon footprint of everything that's going to go into the production of that one kilo, plus you have to worry about things like heavy metals and pesticides. Our process uses 90% fewer resources and is completely non-toxic.”

As the demand for these compounds steadily increases, CB Therapeutics hopes to be a go-to resource for drug developers and biomedical companies hoping to bring them to market. They’ve already developed a joint venture with atai Life Sciences with more partnerships in the works.

“We are developing the largest biosynthetic library of psychedelics in the world,” Ali Butt pronounced.

CB Therapeutics has experienced a meteoric rise since its inception. They’ve been granted seven patents and have another 13 pending, all of which were developed in-house—an impressive feat for a company of its age.

Equally impressive is the fact the company is on deck to be profitable by the start of the new year, a virtually unheard-of feat for the psychedelic industry. They have raised a mere $11 million to date, a drop in the bucket compared to other biotech firms in the space. CB Therapeutics is planning to launch an equity crowdfunding campaign soon in order to widen its scope and advance its innovation.

And while all of these developments are indeed exciting, it’s the ability to help change the world that matters most to the CB Therapeutics family.

“With climate change with wars and supply chain issues, it doesn't seem like there's going to be more and more resources,” Ali Butt surmised. “I know for a fact that this is the most sustainable way to produce these molecules—period.”

To learn more about CB Therapeutics, visit their investor deck.

If you’re someone who’s been interested in investing into a company who is at the forefront of advancing synthetic biotechnology to solve some of the most challenging mental health problems facing humanity today, here’s your opportunity to do so by clicking the link here.