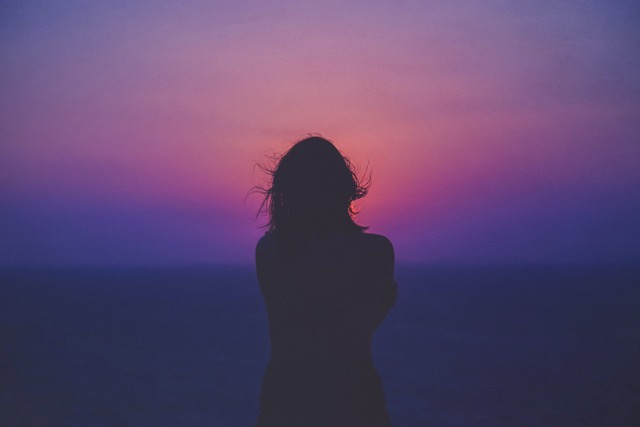 In 2012, author Erica Rex had her first experience with psilocybin. She was three years into a breast cancer diagnosis. Could psychedelics hold the cure? Or at least, part of it? Research is beginning to point to a possible link.

Rex volunteered for a study taking place at Johns Hopkins University School of Medicine’s Behavioural Pharmacology Research Unit. The study was looking at whether or not psilocybin can help cancer patients find meaning and purpose in light of an often-fatal diagnosis.

For Rex, the opportunity came at a critical time. “A year on from a lumpectomy and radiation therapy, now on aromatase inhibitors, my prognosis seemed good,” Rex wrote in the Independent. “But rather than cheerfully getting on with life, I was spending most days at my desk crying. I began searching the web for a way to kill myself that wouldn’t be either messy or too painful.”

Breast cancer is the leading cause of cancer deaths in women across the globe; more than 42,000 women in the U.S. will lose their battle against breast cancer this year. A diagnosis brings more than certitude about the necessary treatments—it often brings anxiety and episodes of depression. The risks of depression are significant for cancer patients. The National Cancer Institute’s data show 15 to 25 percent of all cancer patients, both men and women, will suffer from depression.

A growing body of research around the world is looking into psychedelics including psilocybin and how they may be used in treating mental health issues including anxiety, depression, and PTSD.

In 2012 a research project reported on how improvements in mental health improved outcomes for women with breast cancer. The authors first reported on this in 1989; women with metastatic breast cancer who participated in a weekly therapy session outlived the control group by an average of 18 months.

“Among cancers with poorer medical prognosis, such as ER negative breast cancer, malignant melanoma, non-small cell lung cancer, leukemia, and gastrointestinal cancers, intensive emotional support seems to extend survival,” the authors noted. “Patients who benefit from a targeted and highly effective chemotherapeutic approach obtain less apparent survival benefit from emotional support than do those with less effective biomedical interventions. Thus, especially in the palliative settling in which aggressive anti-tumor treatments are less efficacious, supportive approaches become more useful. One would think that psychosocial support would have the least biomedical effect in more advanced cancers, and yet our original observation involved women with metastatic breast cancer. By the time someone dies with cancer, they usually have a kilogram of tumor in their body. Yet this may be when the body’s resources for coping with physiological as well as psychological stress matter the most.”

The study also found that hormonal stress responses, which form in the adrenal gland, the sympathetic-adrenal-system (SAS), also affects cancer progression. “Epinephrine, produced in the adrenal medulla, is released in the early stress response, increasing heart rate and blood pressure. It also triggers release of vascular endothelial growth factor (VEGF) which stimulates the growth of blood vessels and therefore can provide a blood supply for metastatic cancer cells.” In other words, stress may not just make dealing with cancer more difficult emotionally, but it may make beating it harder, too. Stress feeds cancer and that decreases the odds for surviving it.

According to the researchers, recent findings confirmed the theory. “The most striking clinical application of this relationship are recent studies demonstrating that breast cancer patients who happen to be taking beta adrenergic blockers for hypertension or other problems have longer disease-free and overall survival.” Beta blockers, also known as beta-adrenergic blocking agents, reduce your blood pressure. And high blood pressure is a marker for high stress levels.

This is where psychedelics may give cancer patients a life-altering boost. Clinical trials have shown sustained improvements to mood after just one experience with psilocybin. In some subjects the effects lasted for more than six months.

“Since my session, my mood has improved, and my sense of myself, as a person occupying a certain space in the Universe, has altered,” Rex wrote. “Later on, when talking about my hallucinations with the clinicians and my guides, I found they provided me with some profound truths about my life, my feelings and my sense of myself. My tendency to judge myself with a kind of murderous harshness has ebbed. I’m now able to feel more compassion towards myself. I no longer spend days worrying about the future, and about whether I’ll have a cancer recurrence, or whether I’ll die alone.”

Rex survived her cancer. Earlier this year she relived the experience for Scientific American and explored how psychedelics may shift our approach to treatments.

“The success of the cancer studies has led to investigational treatment for patients suffering from intractable depression, early-stage Alzheimer’s, anorexia nervosa and smoking addiction,” Rex explained.

“Within a few years, the patriarchal therapeutic model could be a thing of the past,” she wrote, “supplanted by short-term guided treatment with psychoactive drugs.”

‘The Hero’s Dose’: Ancient Psychedelic Therapy Gets a Modern...
Scroll to top