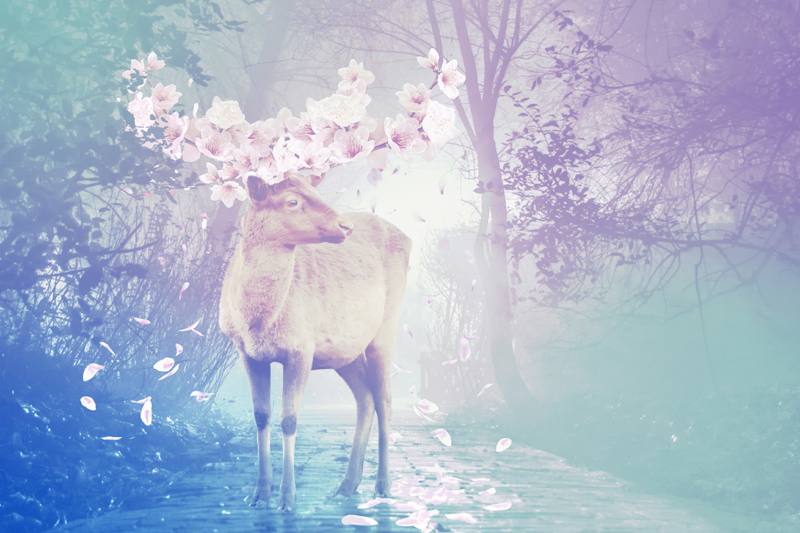 Ethnobotanist Joseph Mays discusses "the key to all life," and Indigenous reciprocity on the latest Psychedelic Spotlight Podcast episode.

“Never give children a chance of imagining that anything exists in isolation. Make it plain from the very beginning that all living is relationship. Show them relationships in the woods, in the fields, in the ponds and streams, in the village and in the country around it. Rub it in.” That's wisdom from Aldous Huxley's final novel, Island, but it was known for millennia by Indigenous people, who have long been utilizing psychedelics to nurture that reciprocal relationship with the world around them.

Huxley's words have stuck with Joseph Mays, an ethnobotanist, researcher, and the program director of Chacruna’s new Indigenous Reciprocity Initiative of the Americas—a project which aims to honor the roots of the psychedelic movement at the local level by helping Indigenous communities nurture their impacted ecosystems, secure their land rights, strengthen their food security, and ensure their own economic resilience.

“The ‘relationship’ is the key to all of life,” Mays suggested during the latest Psychedelic Spotlight Podcast, released the week of Indigenous Peoples’ Day. “That’s one of the most important lessons to teach people.”

Generally speaking, Mays felt the lesson was one most Indigenous people had long ago taken to heart. “There does seem to be some unifying principle when you are indigenous to a piece of land you have a connection to it. It’s sacred,” he said. “You can’t survive if you’re alienated form your environment or your family or your community.”

But Mays felt alienation was all too common in modern societies where more emphasis was put on profits and productivity than the interconnected nature of things. “Everything you do affects everything else around you in some way,” he said. “We kind of lose sight of that and become cut off from that, and that’s what leads to all the conflict we see.”

Thankfully, psychedelics seem to be helping more and more people reconnect with their surroundings. “The whole Psychedelic Renaissance is opening people up to the possibility of really engaging with that relationship,” Mays explained.

Plant medicines like ayahuasca and psilocybin did not materialize out of thin air, of course, nor did the knowledge of how to effectively utilize them. By all accounts, Indigenous people have used them as spiritual medicine since long before Europeans crossed the Atlantic. Even so, that hasn’t stopped some modern-day companies in the psychedelic space from profiting off the knowledge and traditions of those who came before them.

That’s where the Indigenous Reciprocity Initiative hopes they can help make things right.

Mays and his colleagues are currently assisting on about 20 different fronts, from repopulating the peyote supply in Mexico to helping Indigenous groups of Turtle Island and First Nations protect their wild bison habitat. According to Mays, what differentiates the IRI from most other conservation efforts is its bottom-up approach centering the unique needs of specific Indigenous communities.

“Indigenous people make up less than 15 percent of the global population but they occupy more than half of the land mass, and that land mass is all of the most biodiverse regions of the planet. Really, they’re on the front lines of the fight against climate change, against environmental degradation, against exploitation and pollution, so it’s important to listen to what they have to say,” he explained.

Achieving reciprocity won’t be easy, of course, but Mays is banking on support from a wide swath of the psychedelic community, including everyone from plant medicine enthusiasts who “want to give back and maybe don’t know how” to the sector’s biggest investors. “There’s a huge amount of wealth that will be going in one direction and IRI is trying to rebalance that and funnel some of that into indigenous communities whenever possible,” Mays concluded.

Listen to the entire Psychedelic Spotlight Podcast conversation with Joseph Mays below. 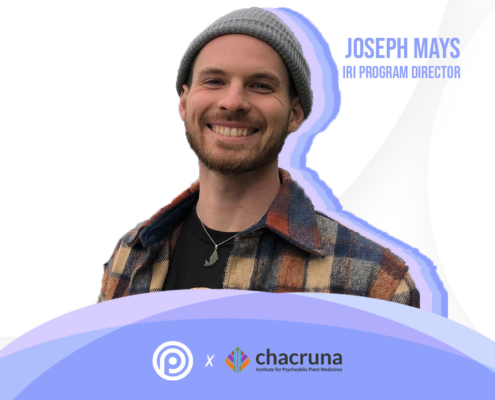 In our conversation with Joseph, we chat a bit about some critical topics such as how psychedelics can allow us to understand the Indigenous philosophy of interrelatedness between one another and our ecosystems, the importance of considering sacred reciprocity to Indigenous peoples and their land, and how Chacruna's Indigenous Reciprocity Initiative is making it simple for companies to give back to the societies who have cultivated psychedelic medicine. 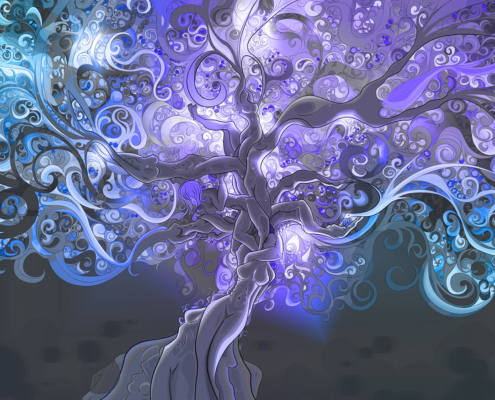 We owe so much of our understanding of these compounds to Indigenous peoples, and the widespread bioprospecting projects taking place today would not be prevalent without the inherent harm placed on local groups historically.
Psychedelic Use Associated with Reduced Risk of Heart Disease and Diabetes