Mushrooms Have Their Own Language, New Study Suggests 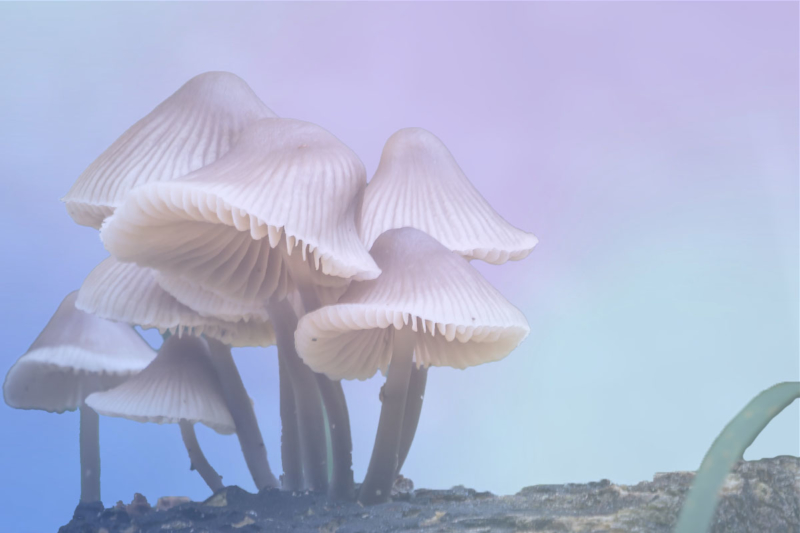 Have you heard the joke about the mushrooms who talk to each other? No? Well, they probably didn't tell you because you're not a fungi!

Language. While it has long been thought of as a distinguishing factor between humans and other animals, making us unique on planet Earth, recent research has shown many other species, such as bees and dolphins, also possess the ability to communicate.

Now, a new study, published in The Royal Society and conducted by Professor Andrew Adamatzky at the University of the West of England, asks a novel question: can mushrooms talk to each other? Do they too have a language?

And while the findings of his initial study are by no means definitive, the early answer appears to be yes.

Professor Adamatzky’s lab used a mathematical analysis on the electrical signals that fungi send to each other through their hyphae, underground tubes connecting together the mushrooms in a fungal colony, analogous to human nerve cells or the roots of a plant. In the analysis, the lab found that the electrical signals pulse in patterns that are stunningly similar in structure to human languages.

In fact, in the four species of fungi tested, the researcher found that the electric pulses could be organized into “trains” that resemble human words, and that a “lexicon,” or vocabulary, of “up to 50 words” appears to be present.

There also appears to be patterns to the order in which the “words” are used, which would strengthen the idea that there is a “language” at play following a set of rules. In other words, there was a distinct syntax.

There were several other interesting findings presented by Professor Adamatzky. First, in a previous study, his lab found that when an environmental change is induced via mechanical, chemical or optical stimulation, the fungi modify the characteristics of their electrical “spike trains.” Does this indicate that one section of the fungal colony is communicating the changes to the rest of the colony? Could it be sharing information about food or injury? While impossible to say at this point, it is an intriguing hypothesis. But if this were the case, it would be a clear sign of fungal intelligence. 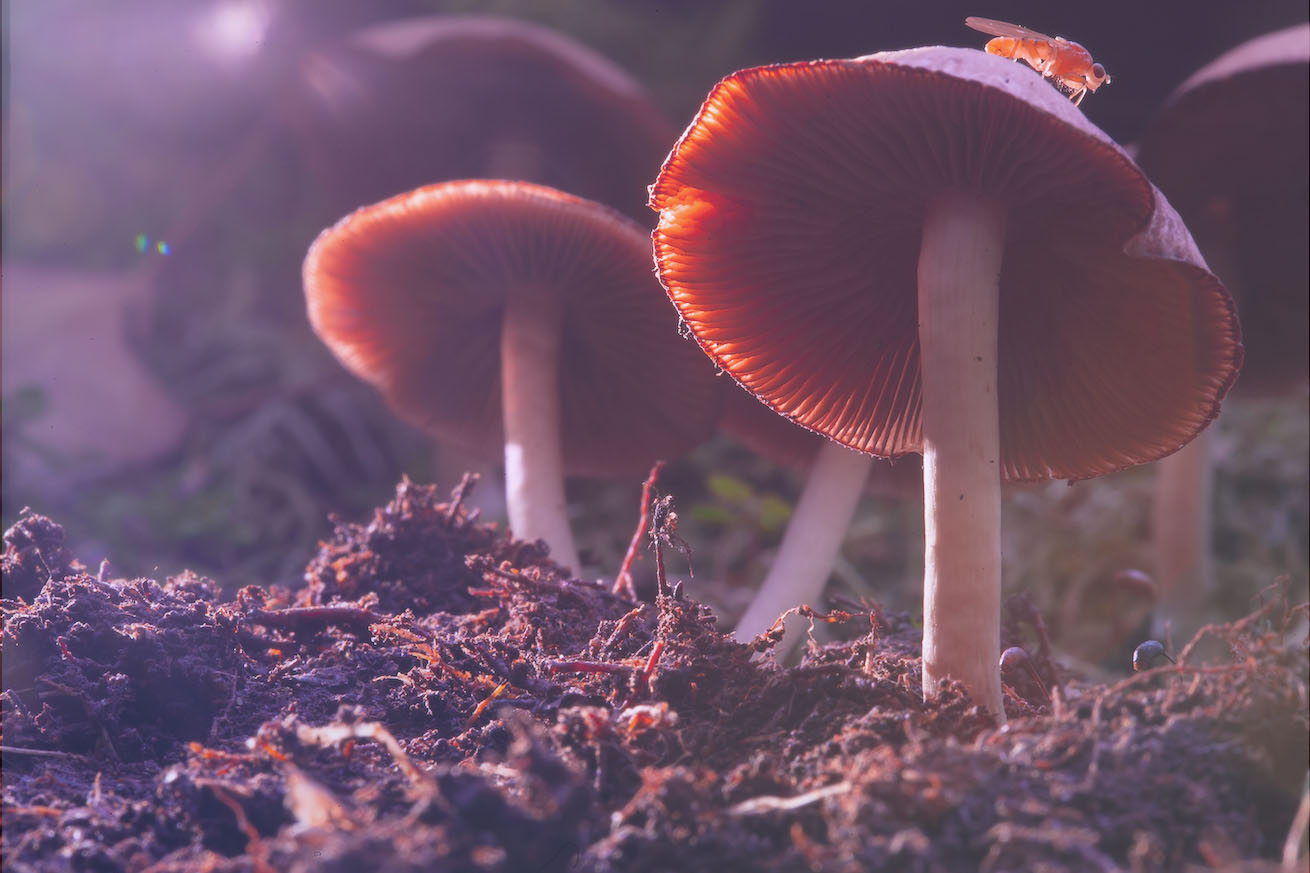 Next, while the measured lexicon tops out at around 50 words, the method of classification was primitive. The lab classified each “word” by measuring the number of electrical spikes within each train, irregardless of the ordering of the spikes. Professor Adamatzky likens this to binary, by saying it is akin to measuring how many ones and zeros are in a particular piece of code, while ignoring their configuration. This could mean that the 50 words that he is measuring, if studied more carefully, could actually be thousands of unique words, making the language much more complex.

Personally, I would be fascinated if two colonies of the same species, which had never come in contact with each other, and perhaps originated from different parts of the world, had any variations. To me, this would indicate that what we are witnessing is in fact a culturally evolved language as opposed to a simple biological process. For example, we know that dolphins have developed culturally derived languages since their whistling dialect differs based on geography. Dolphins from different seas, despite being the same species, talk differently.

As exciting as these results are, it is important to remember that this field of study is in its very early days, and many possible explanations exist that could explain Professor Adamatzky’s data other than language.

As Dan Bebber, an associate professor of biosciences at the University of Exeter, told The Guardian, “Though interesting, the interpretation as language seems somewhat overenthusiastic, and would require far more research and testing of critical hypotheses before we see ‘Fungus’ on Google Translate.”

Essentially, what Bebber is saying is that more research needs to be done. Professor Adamatzky would agree with this, and spent the last portion of his paper discussing the direction that future research should go in.

Finally, I and many of my colleagues at Psychedelic Spotlight would be very interested in seeing if and how the language of so-called “magic mushrooms” varies from other species of fungi. I would love to see a similar study conducted on psilocybe cubensis, the most common form of hallucinogenic mushroom. If mushrooms really can communicate and fungal intelligence exists, then it would be a good bet that the mushrooms which are capable of changing our perceptions of reality and consciousness could have the most complex forms of communication. But that is just a guess.

If the ability of language extends beyond humans, not only to other mammals such as dolphins, or insects like bees, but even to different kingdoms like fungi, then humans will be forced to question our uniqueness here on the pale blue dot we call Earth. 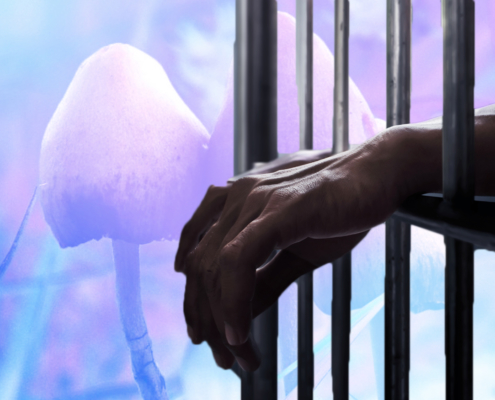 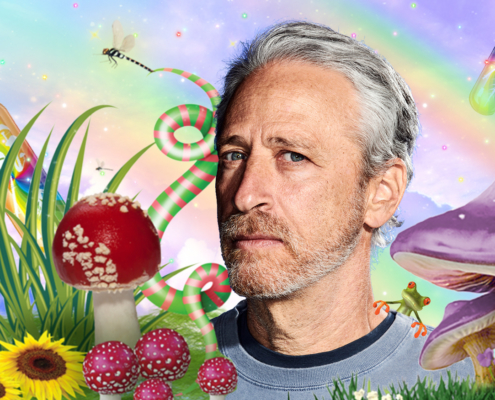 Jon Stewart, comedian and former host of "The Daily Show," drops a shroom bomb in a recent podcast interview. 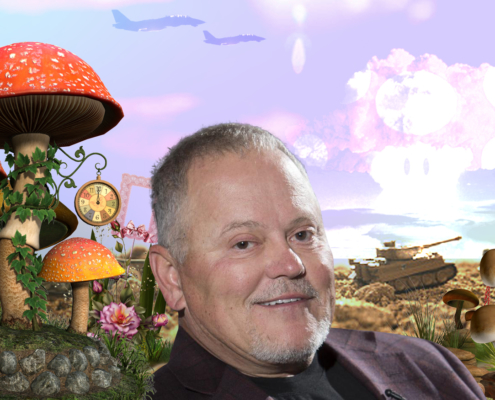 GoDaddy Founder Bob Parsons talks to Psychedelic Spotlight about his time in Vietnam, PTSD, and his healing journey with psychedelics
Introducing the BENZINGA Psychedelic Capital Event | A Psychedelic Investor’s...

ShutterstockAttend Canada’s Premiere Psychedelics Conference From Anywhere in the Wor...
Scroll to top