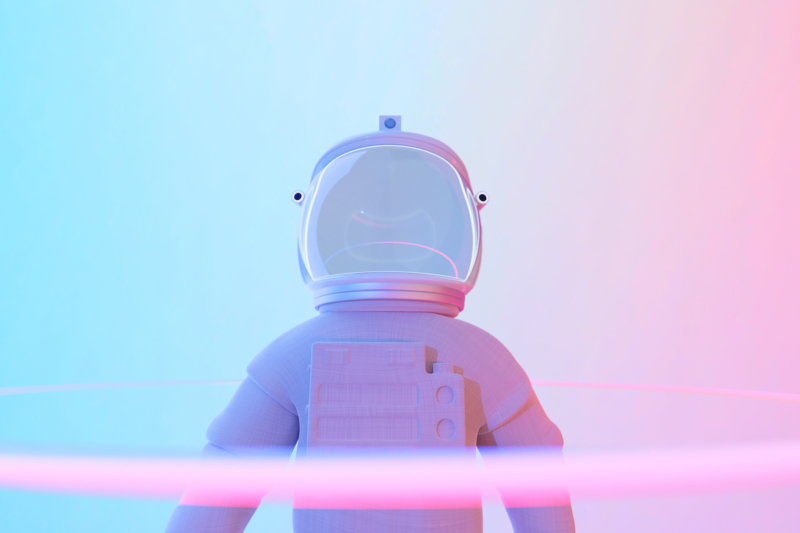 Our lives, as neuroscientist Seth Anil explains in one of many nuggets of wisdom, are just one big controlled hallucination.

What our minds see and perceive is only part of the picture, a picture that is unique to each of us. Often, we move too quickly to process the whole picture, leaving ourselves to shadow in the empty pockets with possibilities, hopes, expectations, and learned experiences. Enhancing that perception and flipping it on its head is miraculous and healing — this is what psychedelic pioneers have been asserting for decades.

Whether you’re a psychonaut or sober dreamer, everyone can gain a brain boost from these psychonaut philosophers, writers, academics and their penetrating insights into human nature.

The British philosopher Alan Watts is preeminently known for popularizing Eastern philosophy in the West. His writings launched a multinational thought experiment, as '60s hippies began to explore the ridges of existence, examining matters such as inner wholeness in the age of anxiety and what it really means to live a life of purpose.

And, of course, Watts enjoyed many psychedelic adventures throughout his lifetime. He famously said, “Once you get the message, hang up the phone,” emphasizing the importance of integrating psychedelic experiences rather than seeking them out flippantly.

“Disorder is necessary for the manifestation of order.”

“No valid plans for the future can be made by those who have no capacity for living in the now.”

“The ego is nothing other than the focus of conscious attention.”

Perhaps the most influential but also the most notorious symbol of the psychedelic movement, Timothy Leary studied LSD and psilocybin mushrooms as a researcher at Harvard University through the 1960s. He was famously fired after his rhetoric and behavior became too controversial. Dr. Leary laid the groundwork for current psychedelic research with early scientific studies of psychedelics such as the Concord Prison Experiment. He spent his life ardently advocating for the benefits of psychedelics (chiefly, the joys of sex on LSD).

“Nobody ever understands what a pioneer is doing.”

“You’re only as young as the last time you changed your mind.”

“Whether you experience heaven or hell, remember that it is your mind which creates them.”

Richard Alpert, known to many as Ram Dass, was a Harvard colleague of Timothy Leary in the early 60s. The duo was deeply involved in investigating the therapeutic and consciousness-expanding benefits of psychedelics, primarily LSD. Dass later took a well-documented trip to India to pursue the true meaning of his psychedelic experiences. There, he became a spiritual devotee, changing his name to Ram Dass and writing the hugely influential book, whose title has since inspired many rib cage tattoos, Be Here Now.

“Knowledge all by itself, without deep wisdom, ends up becoming despair.”

“Information is just bits of data. Knowledge is putting them together. Wisdom is transcending them.”

“Learn to watch your drama unfold while at the same time knowing you are more than your drama.”

“Change is just another word for life.”

Dr. Williams is at the forefront of efforts to include people of color and marginalized communities in clinical trials studying the therapeutic effects of psychedelics. Over the past 20 years, this renaissance of psychedelic research and psychedelic-assisted psychotherapy has included the enrollment of nearly enough racially diverse participants; Dr. Williams is on a mission to change that.

“We need a large-scale shift in our social consciousness to really see and understand what is occurring and the toll this takes on victims.”

“I think psychedelic medicine has the potential to help heal the wounds of those suffering from racial trauma and bring healing to the consciousness of those who perpetrate and perpetuate racial violence.”

The grinning face of the psychedelic movement and the man who many regard as its most gifted and prolific speaker, Terence McKenna’s lectures about the nature and significance of psychedelic experiences have reached millions. He was also co-author with his brother Dennis in writing the psychonaut bible Psilocybin: The Magic Mushroom Grower’s Guide. The book acted as a catalyst, empowering people to access psychedelic mushrooms no matter where they were geographically or emotionally.

“The problem is not to find the answer; it’s to face the answer.”

Among the intellectuals, doctors consulted to improve their understanding of the effects of LSD was Anaïs Nin (1903–1977). In the fall of 1955, she took part in an LSD experiment alongside a musician and a biologist conducted by the psychiatrist Oscar Janiger.

She describes the experience as such: “The walls turned to gold, the bedcover was gold, my whole body was becoming GOLD, liquid gold, scintillating, warm gold. I WAS GOLD. It was the most pleasurable sensation I had ever known, like an orgasm. It was the secret of life, the alchemist’s secret of life.”

Nin also was outspoken about appropriation among '60s psychonauts. She believed Leary and his followers carelessly adopted the language of Eastern religions. According to her, Americans could ultimately not make sense of their psychedelic experiences because they had no penchant for poetry.

“We don’t see things as they are, we see them as we are.”

“We travel, some of us forever, to seek other states, other lives, other souls.”

“Throw your dreams into space like a kite, and you do not know what it will bring back, a new life, a new friend, a new love, a new country.”

Interview with Victoria and Joël, of Tandava Retreats