Octopuses On MDMA Want to Snuggle Just Like You 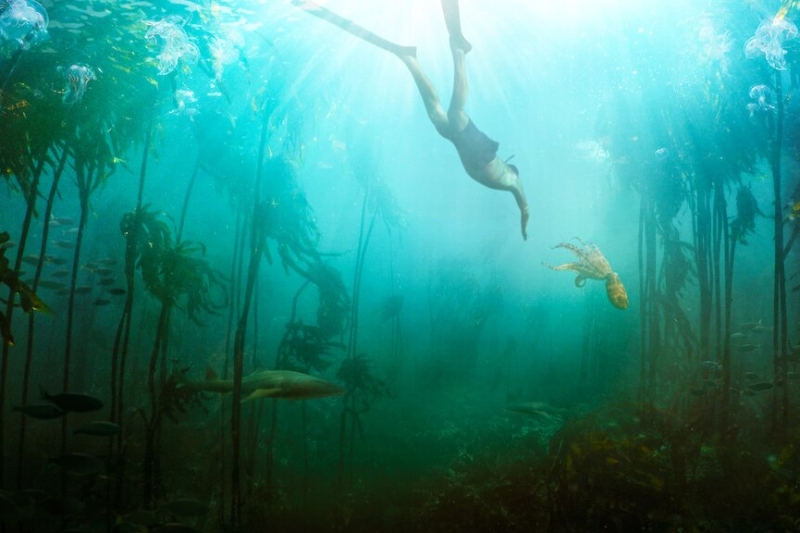 In the Netflix documentary My Octopus Teacher, filmmaker Craig Foster befriends an octopus in the Atlantic waters.

In the Netflix documentary My Octopus Teacher, filmmaker Craig Foster befriends an octopus in the Atlantic waters near his home. Over a year, he visits her nearly every day.

Their bond, even though octopuses are solitary animals, becomes unquestionable; she touches him with her long sucker-covered arms, taking in information. They swim together, like walking a dog, up to the surface so Foster can breathe.

He comforts her after a near-deadly shark attack. And (spoiler), he’s there as she dies, the natural consequence of giving birth. Octopuses mate only once, fertilizing between 500,000 and one million eggs. It’s a task that takes an irreversible toll on the females; they sacrifice their lives to perpetuate the species.

How little science still knows about octopuses is startling. A 2018 peer-reviewed study posited that the species is not from this earth. As in: octopuses are actually aliens.

One need only consider the un-earthly existence of the color-changing eight-limbed unshelled mollusk to see the point. These aren’t fish; they’re curious, highly intelligent creatures that use tools, calculate, and remember.

They are aware. One striking scene from Foster’s film shows the octopus outsmart her hunter, a hound shark. When hiding fails, she puts herself in the safest position — on the shark’s back. She eventually drifts away like the Millenium Falcon floating quietly into space with the Star Destroyer’s trash in Star Wars.

It’s then not surprising that scientists wanted to know more about the consciousness of octopuses and how they react to mood-altering substances like MDMA (3,4-Methyl​enedioxy​methamphetamine).

Known for its ability to increase feelings of happiness and closeness, MDMA ups serotonin production, a neurotransmitter in the brain linked to these feelings. Octopus brains are similar to human brains here.

In 2018, researchers from the Marine Biological Laboratory and  Johns Hopkins University put octopuses into MDMA-laced waters to prove it. The normally solitary hunters chose socializing over other activities.

Despite the 500 million years of evolution that separates humans and octopuses, their brains work more like ours than they do their snail and slug cousins.

“They have this huge complex brain that they’ve built, that has absolutely no business acting like ours does — but here they show that it does,” Judit Pungor, a neuroscientist at the University of Oregon not affiliated with the study told National Public Radio. “The fact that they induced this very sort of gentle, cuddly behavior is really pretty fascinating.”

The octopuses responded best to low doses, similar to a human dose. In close proximity to other octopuses, the animals socialized, something they normally avoid.

“After MDMA, they were essentially hugging,” says  Gul Dolen, a neuroscientist at Johns Hopkins University. She says the animals were much more relaxed in posture, “and using a lot more of their body to interact with the other octopus.”

So, what’s the point? Scientists say further research is needed. But it also indicates just how psychedelic the depths of the psyche is, whether human or not.

Psychedelics and the Search for Self Consciousness
Scroll to top