Paul Stamets Wants to Save Us: Mushrooms, Mycology & Medicine 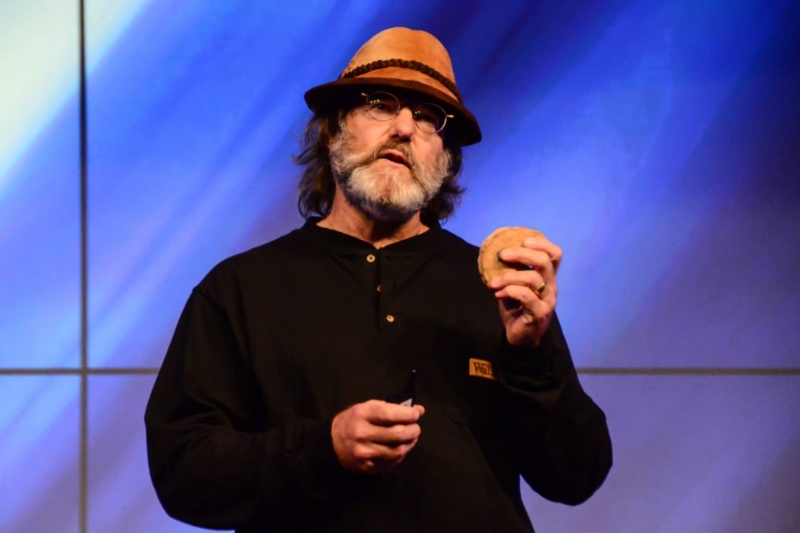 Paul Stamets is standing on stage at the Exponential Medicine conference dressed in comfortable jeans and an amadou hat.

It’s like he was plucked right out of the enchanted forest where he’s wandered for the past 50 years, eyes to the foliage in search of golden, saucer-shaped shoots rising from mossy turf. He talks about shrooms with the kind of grandpa voice that makes you want to curl up in his lap and listen until you dream.

He’s not just talking about tripping. He’s talking evidence. Solid, serious science that points to the real possibility that throwing a gigantic “acid test” party could actually make us all happier, healthier, and far more pleasant to be around.

To say nothing more of his current headgear, Stamets is a man who wears a lot of hats. He’s a mycologist – someone who studies the branch of biology that deals with fungi. He’s an entrepreneur – he owns a business dedicated to promoting the cultivation of gourmet and medicinal mushrooms. He’s an author and speaker – he’s written books and peer-reviewed journal articles about mushrooms and often lectures about them.

Tonight Stamets is here to talk about shroom studies.

He shares several of them where researchers from esteemed institutions like Harvard Medical School, Johns Hopkins, and Stanford School of Medicine, have used (or are using) psychedelics to treat cancer patients, PTSD, inflammation, addiction — you name it. Plus, ones that have shown psilocybin makes people less aggressive and less likely to abuse or commit violent crimes. And then there’s the Silicon Valley computer coders Stamets has talked to who say micro dosing psilocybin enhances their creativity which they believe gives them a competitive edge.

Stamets tells the story of how he used mushrooms to tame the global pandemic. (No, not the one you’re thinking of, though he might suggest it’s worth looking into.) There’s a deformed wing virus that’s killing honey bees all over the world. It’s tragic.

A few years back, Stamets wondered if infusing sugar water with mushroom extracts —psilocybin, in particular — and feeding it to honeybees, might boost their immunity. He recruited researchers with the University of Washington to help him test the theory, and his hunch was proven right.

Stamets obtained a handful of patents for his bee concoction and then opened them up to the public domain. He wants the solution to go viral, so to speak, so that honeybees everywhere can get “vaccinated.” And people can see just how beneficial mushrooms can be.

The studies he seems to get most excited about are the ones that show how psilocybin appears to “reset” the brain, helping us relate better to nature and decreasing the tendency for us to bend toward authoritarian political views. And that, he says, makes us less annoying neighbors.

Imagine what this could mean if federal regulations on psilocybin were loosened or lifted entirely and more people could embark on their own psychedelic journey. What could we accomplish with less fear and aggression and more kindness and empathy?

“I believe psilocybin mushrooms make for nicer people. I really do,” he says, as a stifled giggle rises from the crowd. He doesn’t flinch. He just speaks more emphatically. “I think this is a baseline consideration all of us should take to heart.”