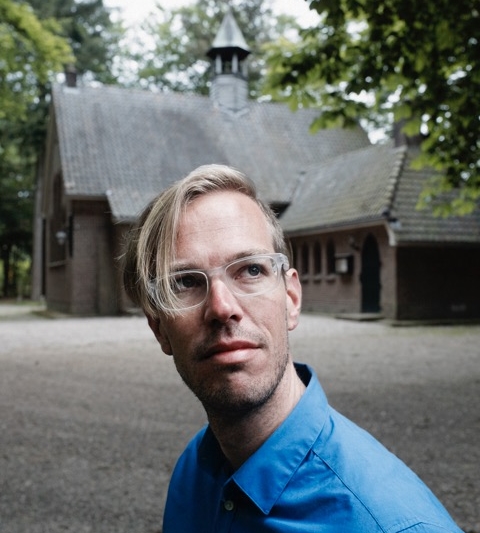 While this year has been fraught with difficulty for many people, the psychedelic space has been flourishing. The first randomized controlled clinical trial using psilocybin for major depressive disorder was published (with impressive results); Canada approved 17 healthcare professionals to conduct psilocybin-assisted psychotherapy; and Oregon voted to decriminalize all drugs and legalize psilocybin therapy.

To add to this, one more win for psychedelic research has been seen in the Netherlands: Michiel van Elk, Assistant Professor at the University of Leiden, has just been awarded a major grant to study the cognitive and neurobiological action of psychedelic substances.

The grant in question, totaling €800,000, supports van Elk for the next five years in his academic endeavors.

Van Elk hasn’t always chased the topic of psychedelics, though. Being raised in a Pentecostal church just outside of Amsterdam contributed to his immense fascination with the mystical and spiritual. As a teenager, he would witness seemingly unexplainable experiences — individuals slain in the spirit, moments of pure ecstasy, and exorcisms (yes, really). Consistently bearing witness to an array of incomprehensible phenomena sparked a deep academic pursuit. Van Elk says it was always his interest to ask the foundational question: what is going on here?

After pursuing degrees in the Psychology of Religion andSpirituality, and Biological Psychology, van Elk settled on a PhD in neuroscience. “I was really fascinated by the psychology of religion, but there were hardly any jobs available on that topic,” he says.

His PhD at Nijmegen led him down a fascinating route at the intersection of philosophy, psychology, and neuroscience. But after several years of studying supernatural beliefs, out-of-body experiences, and the placebo effect, he found himself at another crossroads. After working at Stanford University on voice hearing experiences in Pentecostal Christians, van Elk caught the infectious enthusiasm that brimmed from Martin Fortier, another researcher at Stanford who was studying ayahuasca, the psychedelic South American brew rich in DMT. This piqued van Elk’s curiosity enough to further pursue psychedelics academically. “[Fortier] organized journal clubs, the research group, and a small symposium. So, I really remember the turning point where I thought ‘hey, this is really interesting and part of something bigger that’s going on.’”

While van Elk’s route from the church to the psychedelic retreat seems somewhat unorthodox, he highlights the many parallels between the science of religion and the study of psychedelics.

Interestingly, the experiences that people have in religious ceremonies that lit the fires of curiosity for van Elk are also found when taking psychedelics. The ineffable mystical experience—a hallmark of the psychedelic state punctuated by a loss of a sense of time and space — is also reported in many of these spiritual experiences that van Elk had so consistently seen at church.

“…if you look into the scales that have been used to measure those experiences [spiritual and psychedelic], those scales are usually strongly correlated; with psychedelics, they induce ego dissolution and the ego dissolution scales strongly overlap with the connectedness scale and the mysticism scale.”

‘Psychedelics in Perspective’ – A Two-Pronged Approach

It’s undoubtedly inspiring to continually see the topic of psychedelics become a more mainstream focus of interest in the academic world. Although a lot of the interest has stemmed from psychedelics’ therapeutic potential, van Elk’s pursuits are built on the foundational question sparked by his upbringing: what is going on here?

With the collaborative help of psychiatrists and ongoing clinical trials, van Elk aspires to uncover the cognitive and neurophysiological mechanisms that underpin the effects of psychedelics. He aims to scan the brains of patients involved in clinical trials, which will hopefully help to answer his foundational question. Van Elk hopes to recruit substantial samples for these studies, which fills a gap in modern psychedelic science: these large sample sizes allow researchers to draw more solid conclusions about the effect of psychedelics on the brain.

But van Elk also talks about using a ‘lab-on-wheels’—a Volkswagen kitted out with eye-tracking devices and brain imaging equipment.This unusual approach provides the chance to see what happens to the brain on psychedelics ‘in the field’, at various retreat centres in the Netherlands. This integration of lab work and field work is an exciting and fresh angle for psychedelic science.

More than this though, van Elk argues that psychedelic research needs to be grounded in empirical work and scientific skepticism. “I am enthusiastic, and I really think there is a potential for psychedelics to transform people in very profound ways. It’s only good to be cautious that in our anticipation we do not make the same mistakes as during the ’60s, where people were also overly enthusiastic, and in the war on drugs, and all psychedelic research came to a stop for a very long time. I think we should avoid that mistake by doing proper scientific research, implementing open science practices, and keeping up with the standards of the fields rather than hurrying and rushing things through.”

Van Elk’s grant paves the way for a host of new research coming out of the Netherlands. But this is a long time coming; the Dutch have always been poised as a tolerant and open society. Coffee shops and cannabis have been synonymous with Amsterdam’s counterculture and tourist scene for decades, and psychedelic truffles — which contain the psychoactive component psilocybin — are decriminalized and sold for recreational use. This, of course, facilitates the naturalistic field work approach that van Elk is striving towards, as there are many legal psychedelic retreats operating in the Netherlands.

As well as this, there is Prof. Kim Kuypers in Maastricht, who has dedicated much of her academic career to studying MDMA, LSD, and psilocybin, and several organisations in the North of Holland. The Amsterdam Psychedelic ResearchAssociation (APRA) and the OpenFoundation have actively encouraged and facilitated open discourse regarding research findings in the psychedelic space. They successfully teamed up with a variety of partners to host the InterdisciplinaryConference on Psychedelic Research back in September (online, of course) with great success.

Take this liberal and tolerant stance towards drug policy, add in some curious academics, and see the psychedelic community thrive.

Prepare to keep your eyes peeled for van Elk’s work over the next several years. The awarded grant not only increases the credibility of psychedelic research, it also lays the groundwork for the psychedelic field to flourish in years to come.

The last comment and 7 other comment(s) need to be approved.
0 replies