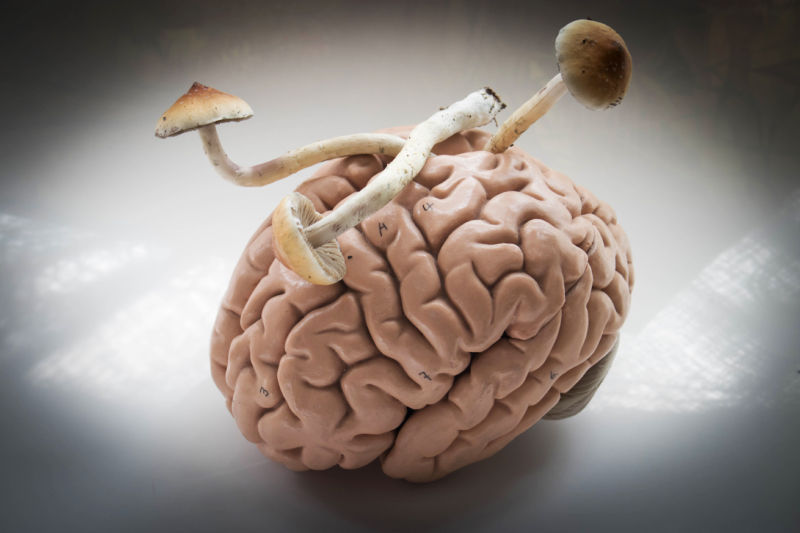 A recent psilocybin study has found that psychedelic psychotherapy may provide mental relief for long term AIDS survivors. The study shows that a new group of people – AIDS survivors with a variety of mental health issues – may benefit from psychedelic therapy.

Small Samples are a Big Problem

Psychedelics are undoubtedly set to change the way the West approaches mental health. Their effectiveness in combatting a panoply of mental disorders is being shown time and time again. Yet, despite these promising results, researchers are crying out for larger sample sizes in psychedelic studies.

Consider the largest and most recent study of psilocybin for depression. 59 participants made up the sample, which was deemed a huge leap forward for psychedelic science, especially as it compared psilocybin against a popular antidepressant. However, to gain FDA approval, novel treatments need to be tested on hundreds, if not thousands of patients, to ensure its safety and efficacy.

The authors of the studies are certainly not at fault for the pervasively small sample sizes. At the heart of this problem is the issue of scalability.

The Issue of Psychedelic Scalability

Unlike the world of classic pharmaceutical medicine, psychedelic therapy does not entail simply handing a pill over to patients. Psychedelic-assisted therapy requires several hours of preparation prior to the trip, six to eight hours of supervision for the psychedelic journey (which sometimes happens multiple times), and many more hours teasing out insights gained from the trip itself.

This is particularly time-intensive for the therapist. And these hours are just for one patient! As you scale this up to the hundreds of patients required for a strong sample, the major issue of scalability becomes clear. David Olson, Associate Professor at UC Davis, has previously highlighted this issue: “These drugs [psychedelics] will always be administered under the care of a physician. [They] won’t be a take-home drug that people can put in their coffee like an SSRI. That’s a lot of time to be in the presence of a doctor/health care provider.”

Another problem that marrs progress is the fact that these hours are extremely costly. Within a standard psychotherapeutic protocol in psychedelic medicine, a patient will undergo around 50 face-to-face therapist hours. Setting this at the rate of a highly-trained psychotherapist, this will cost something in the order of tens of thousands of dollars per patient.

As we move towards the potential of psychedelic therapy becoming more widespread if the FDA approves these medicines, who is going to foot the bill? Insurance companies in the US have not been so generous in providing healthcare when it has been so desperately needed.

It therefore seems that there’s an inherent issue with delivering psychedelic therapy on a larger scale. The lack of highly specialized therapists available, coupled with the expensive nature of the treatment halts the progression of the therapy. However, the recent study mentioned may hold key in ameliorating this scalability crisis.

Group Therapy as a Solution

The psilocybin study in question, published in the journal EClinical Medicine, assessed the feasibility of psychedelic-assisted psychotherapy on long term AIDS survivors. These were HIV positive men who had managed to, against the odds, survive the AIDS epidemic in the 80’s and 90’s.

On average, each participant had 17 people close to them that had died from the disease, and had personally expected to also succumb to the illness. This, of course, has left them feeling helpless, hopeless, and with a lack of meaning in their life. That is, they suffered from high levels of demoralization.

Importantly, the study applied group therapy. This meant that, rather than each patient going through the standard psychedelic protocol individually, patients came together as a group for many of the sessions. While the patients took psilocybin (the psychoactive compound in magic mushrooms) solely in the company of trained facilitators, they prepared for the journey, and subsequently shared their experiences, as a group.

The researchers found extremely promising results. After preparatory group sessions, the psilocybin trip, and integration group sessions, patients felt less hopeless, and their lives were furnished with much more meaning than before. This was an extraordinary change for these patients, who had been suffering from a variety of mental health issues for decades.

While this psilocybin study represents a move forward for clinical psychedelic medicine in the West (group therapy sessions had never been applied in a clinical setting), sharing psychedelic experiences is certainly not novel. Many indigenous communities have ritualised the use of psychedelics, with group ceremonies forming a backbone of many spiritual traditional.

By applying group therapy to these marginalised men, face-to-face therapist hours were cut in half, compared to if these sessions were provided individually. This meant that the study itself was less time-intensive for the mental health professionals involved, whilst also greatly reducing the expense of the study.

Moreover, the authors found that these group sessions were particularly important, as it allowed the patients to more deeply and authentically share their experiences from their journey with psilocybin. They write, “While it was evident to our clinical team that processing experiences of shame in the group setting was difficult for some participants, anecdotally, it also seemed helpful for some to receive validation from other group members that they were not alone with their struggles (e.g., being victims of sexual abuse)….several participants reported that they were able to connect quickly with the other group members and that this peer support was helpful in tolerating and making use of the intervention.”

This study may therefore provide a solid foundation for the application of group therapy in the future, hopefully solving some of the issues relating to the costly and laborious nature of psychedelic therapy. Future research is therefore required to establish the potential differences between group and individual psychedelic therapy, to ultimately determine who may most benefit from its application.

Hawaii may soon legalize psilocybin therapy for the treatment of a range of mental health issues, according to proposed legislation.
Psychedelic Business Spotlight: July 23, 2021