Are the Subjective Effects of Psychedelics Necessary for Therapy? 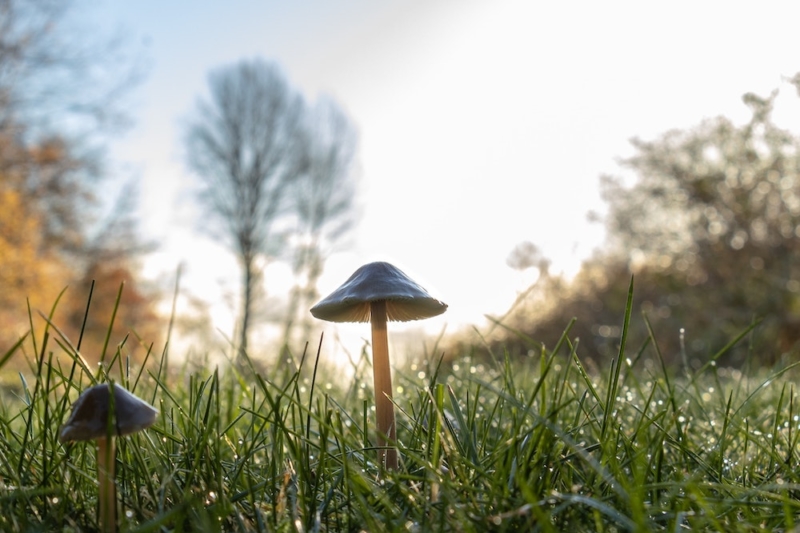 Are the subjective effects - that is, the psychedelic trip itself - fundamental for therapeutic outcomes? New research explores.

Many psychedelic researchers have spent the last decade or so trying to figure out what it is about the psychedelic experience that brings about positive changes in mental health. David Yaden and Roland Griffiths, postdoc and professor at the Center for Psychedelic and Consciousness Research at Johns Hopkins, have recently argued in a paper that the subjective effects – that is, the psychedelic trip itself – is fundamental for therapeutic outcomes.

However, David Olson, assistant professor at UC Davis, has recently published a paper refuting this. He argues that patients may not need to trip to experience the groundbreaking benefits of psychedelics. This perspective comes off the back of a new psychedelic compound that was synthesised in Olson’s lab, which creates major changes in the brain, but elicits no psychedelic effects.

Olson’s perspective seems controversial, but the two papers tap into an ongoing debate in the psychedelic research community: are the subjective effects of psychedelics necessary for therapy, or is it the changes in the brain that are more important?

What are the Subjective Effects of Psychedelics?

The subjective effects of psychedelics are far-reaching, and highly dependent on the dose and type of psychedelic you take. For psilocybin-assisted psychotherapy, patients will typically undergo a high dose session under the close supervision of a therapist. The subjective effects that occur can vary wildly from person to person – some may have a blissful and relaxing experience, while others may feel more tense and transiently anxious. However, there are some major components that contribute to reductions in depression and anxiety when patients are administered a psychedelic in a therapeutic setting.

Yaden and Griffiths demonstrate in their paper that patients often undergo a mystical-type experience in high dose psychedelic sessions. This is characterised by a sense of joy, interconnectedness, unity, and sometimes a dissolution of the sense of space, time, and self. As you increase the dose of psychedelics, these mystical-type experiences become more intense. However, the intensity of these experiences will differ from person to person.

Yaden and Griffiths go on to highlight that most patients cherish the experiences that they have within psychedelic studies, saying: “Psilocybin administration studies have repeatedly shown that participants frequently rate their psychedelic experiences as among the most meaningful of their entire lives […] and they are sometimes compared to the birth of a first-born child or death of a parent.”

The authors argue that these meaningful experiences, such as the mystical-type elements, may act as the catalyst that allow patients to disengage with maladaptive patterns of thoughts, feelings, and behaviours.

Olson has found that psychedelics, like psilocybin and LSD, as well as other psychedelic-like drugs such as ketamine, have the capacity to induce rapid changes in the structure of brain cells – what’s known as neuroplasticity. In a groundbreaking study, Olson’s lab demonstrated that LSD and DMT could strengthen cells in the prefrontal areas of the brain. This might be a particularly important mechanism in certain psychiatric disorders – depressed patients often have degeneration in cells located in these areas of the brain – and so psychedelics may help combat this degenerative process.

Olson’s lab also recently developed a synthetic compound structurally similar to the classic psychedelic 5-MEO-DMT. Dubbed ‘tabernanthalog’, this new compound does not send you on a psychedelic trip, but can still strongly promote the growth of new brain cells (much like other psychedelics). This means that this work may pave the way for a new breed of psychedelics, where they can have major effects on the brain, without inducing a long psychedelic experience.

Importantly, despite having no hallucinogenic effects, tabernanthalog has also shown to have anti-addictive and antidepressant properties in mice. Giving tabernanthalog to alcohol-dependent mice significantly reduced the addictive behaviours that the mice typically show.

The Scalability of Psychedelic Therapy

In a recent talk with Alius, an organisation dedicated to consciousness research, Olson highlights that there are many people that could benefit from classic psychedelics, like psilocybin and LSD, that may not be able to access them immediately. “These drugs [psychedelics] will always be administered under the care of a physician. [They] won’t be a take-home drug that people can put in their coffee like an SSRI. That’s a lot of time to be in the presence of a doctor/health care provider.”

But Olson goes on to say that, if these new compounds are indeed non-hallucinogenic but exert major changes in the brain, then their application may be able to be scaled up. That would mean more people could access psychedelic medicine without the supervision of multiple therapists.

To answer questions like this, there is much more research to be done. And while Olson’s proposition to scale the application of psychedelics sounds important, Yaden feels that the subjective effects are too powerful to ignore. He argues, “If you can provide an experience that many people report as being the most meaningful of their entire lives, and you withhold that experience from them, is there not an ethical issue to consider there…?”

Whether trying psychedelics recreationally or clinically, you may wonder: just how do hallucinogens work? Here's the guide to what to expect.
Could Psilocybin End Our Addiction Crisis?