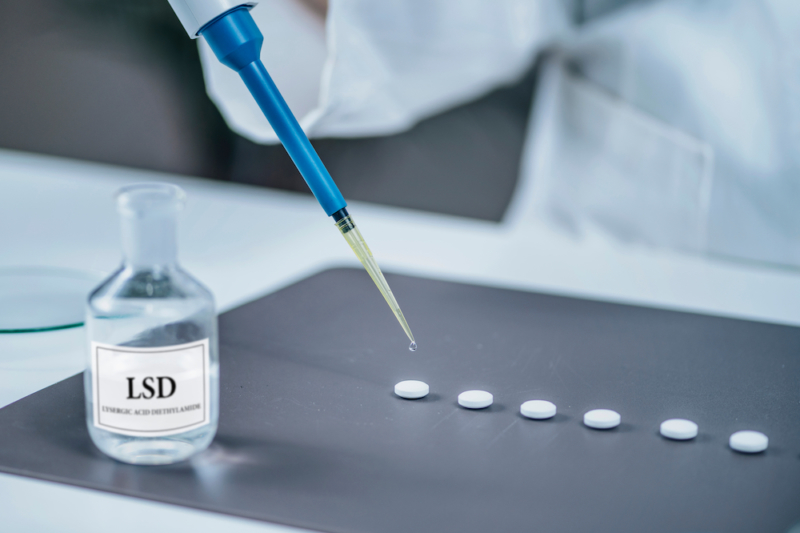 Here's how to become a research subject for psilocybin, LSD, MDMA, ibogaine, mescaline, and 5-MeO-DMT studies, now updated for 2022.

Want to participate in psychedelic clinical trials to help researchers better understand the therapeutic benefits of medicines like psilocybin, LSD, MDMA, ibogaine, mescaline, and 5-MeO-DMT? It may be easier than you think.

Psychedelic clinical trials are the gateway to getting new therapies on the market. They help researchers obtain valuable information about the safety, efficacy, and therapeutic dose of experimental medical drugs. Drug regulators, such as the U.S. Food and Drug Administration (FDA) and Health Canada, use clinical trial data when determining whether to approve a treatment for a specific indication.

For decades, psychedelics were banned from clinical study because they were deemed too risky. But thanks to the efforts of advocates such as the Multidisciplinary Association for Psychedelic Studies, the death grip drug regulators have held on psychedelics is loosening. Dozens of psychedelic medicines are in different phases of development. And many are currently recruiting for volunteers to help them study the effects of psychedelics.

All human clinical trials involving drug products conducted within the United States, and many in other countries, are registered at clinicaltrials.gov. You can look up current, former, and future trials by searching a specific medical condition, disease, or drug name. The site provides details such as locations where research will be conducted and much of your time will be required.

If you meet all the criteria and apply, you will have to go through additional psychological and physiological screenings. After doing so, there are no guarantees you’ll be accepted into the study. And if you are, there is no guarantee you’ll get the psychedelic treatment being studied as some studies compare the active drug with a placebo.

Hawaii may soon legalize psilocybin therapy for the treatment of a range of mental health issues, according to proposed legislation.
HGTV Star Christina Haack Says Smoking Bufo Toad Cured Her Anxiety in ‘15...