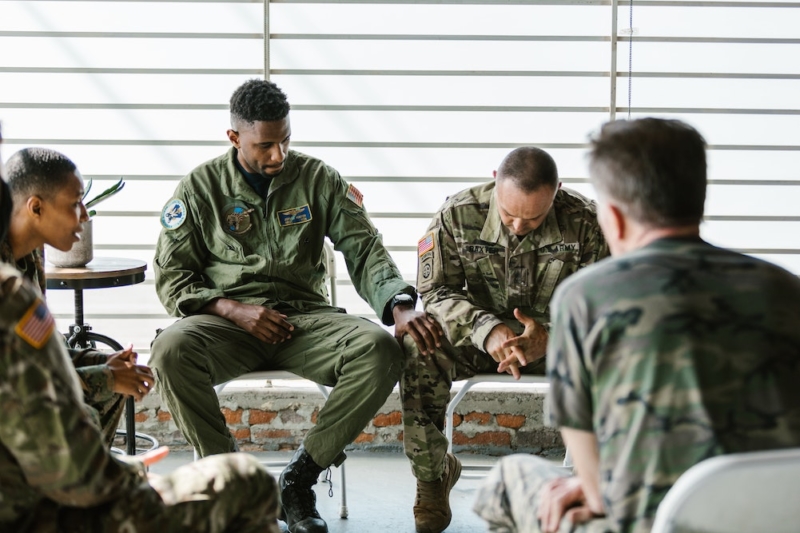 New hope for sufferers of PTSD comes by way of a novel study into MDMA treatment.

Nature, the world’s leading multidisciplinary science journal, has published the results of the Phase-3 clinical trial on MDMA-assisted psychotherapy as a treatment for post-traumatic stress disorder (PTSD), and the data is remarkable. Two-thirds of the 91 participants with severe PTSD who underwent 18 weeks of psychotherapy and three sessions during which they were administered the psychedelic MDMA experienced so much improvement in symptoms that they no longer met the criteria for PTSD. The therapy also produced no serious side effects.

The multi-site study was conducted by lead author Jennifer M. Mitchell with the University of California, San Francisco Department of Neurology; Rick Doblin, founder and director of the Multidisciplinary Association for Psychedelic Studies (MAPS); and colleagues. Each of the 91 participants was diagnosed with severe PTSD, including veterans and those who had suffered from childhood abuse. Each was randomly selected to receive either MDMA or a placebo, along with three preparatory sessions and nine integrative therapy sessions. Neither the clinician nor the participants were told which medication they were being given.

Researchers measured PTSD symptoms using the Clinician-Administered PTSD Scale for DSM-5, and functional impairment with the Sheehan Disability Scale, both prior to treatment and two months after the last experimental session. When comparing measurement scores of patients in the two groups after 18 weeks of treatment, researchers noted a significant reduction of PTSD symptoms among the MDMA group compared to the placebo group.

What makes the study so remarkable is that PTSD is difficult to treat. A recent study published in the European Journal of Psychotraumatology found that an average of 16 percent of participants in clinical trials investigating PTSD therapies drop out. One reason is that working through the trauma is too excruciating.

MDMA, when combined with psychotherapy, makes it easier for individuals to work through traumatic events because it decreases defensiveness and anxiety, increases relaxation, improves mood, and can increase insight and memory, according to research published in the Annals of General Psychiatry.

MDMA also works much faster than antidepressants usually prescribed for PTSD, such as selective serotonin reuptake inhibitors (SSRIs), which can take a weeks or months to take effect.

“Not only is MDMA-assisted therapy efficacious in individuals with severe PTSD, but it may also provide improved patient safety,” researchers concluded. “Compared with current first-line pharmacological and behavioral therapies, MDMA-assisted therapy has the potential to dramatically transform treatment for PTSD and should be expeditiously evaluated for clinical use.”

A second Phase-3 clinical trial studying MDMA-assisted psychotherapy for PTSD is currently underway. If results are promising, the medication could be approved by the U.S. Food and Drug Administration (FDA) within a year or two. Experts say MDMA’s approval could also pave the way for broader indications for MDMA as well as the approval of other psychedelics such as psilocybin.