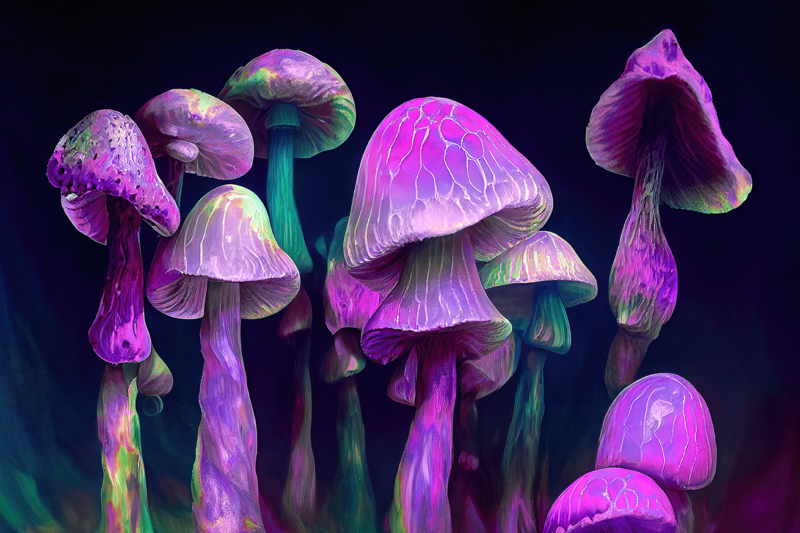 Psilocybe cubensis is the best-known species of psychedelic mushroom. Generally, most variants of this species have similar comparable potencies, but there are a few outliers that have been known to be more potent. Here is a list of some of the strongest Psilocybe cubensis strains!

If you browse any psychedelic forum, you are likely to see the colloquialism “cubes are cubes” whenever people ask about mushroom potency. This means that all P. cubensis mushrooms are virtually identical in strength, but there are some “strains” that have been shown to be more potent.

For this list, I ranked the different strains based on their placements on the Spring 2022 Psilocybin Cup. 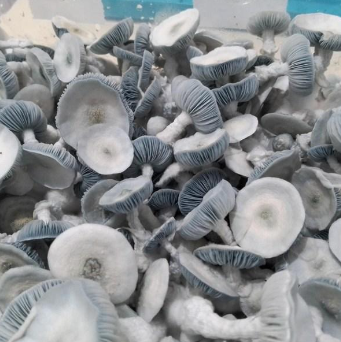 Jack Frost mushrooms are a relatively new strain, but they have quickly made themselves known as a force to be reckoned with. These mushrooms look like they are covered in a soft blanket of snow when mature, hence the holiday-themed name. People report potent visual hallucinations and elevated states of euphoria when taking Jack Frost mushrooms, even at lower-than-average doses. This is not a surprise, considering Jack Frosts are a combination of two potent P. cubensis mushrooms: True Albino Teachers (TAT) and Albino Penis Envy (APE).

The history of this mushroom is not well known, but some speculate a person named Wombat was the first to grow them. Whatever its origins might be, we are happy to see these mushrooms earn their place among the top potent P. cubensis strains. They were even recognized in this year’s Spring Psilocybin Cup as a champion in the Recreational category.

Are you planning to work with psychedelics?
Join our Bonfire Psychedelic Community to support your integration process. 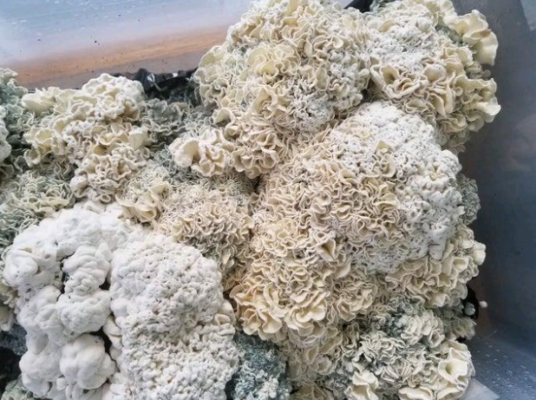 For years, Enigma were gatekept by a small group that required an invite-only membership to obtain samples of it and learn how to clone it. It seems silly, but the secrets behind this mushroom were well-guarded from the public for some time. Now, Enigma has become more widely available online, but not in the same frequency as other popular P. cubensis strains. Enigma mushrooms have been known to be incredibly potent, with some people claiming they are even more potent than the lauded Penis Envy mushrooms. 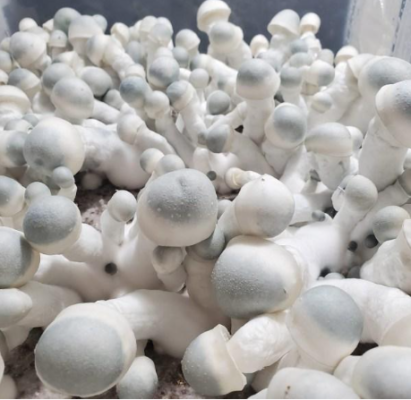 Another white-colored mushroom, the Pearly Gates strain is a cross between True Albino Teachers and Melmac mushrooms. These mushrooms are completely white with thick stems and small, wavy, and bulbous caps. Considering that these come from the Melmac mushroom, which is considered the original Penis Envy, Pearly Gates mushrooms are incredibly potent. Lower-than-average doses give rise to powerful psychedelic experiences. It is no surprise that these ranked as some of the most potent mushrooms in this the Spring 2022 Psilocybin Cup. 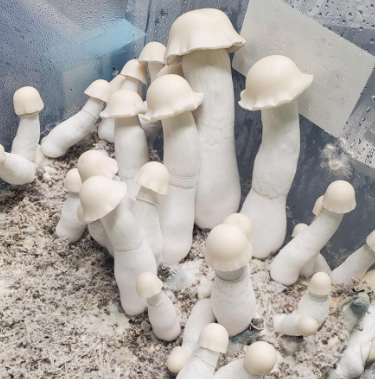 Yeti mushrooms are a genetic isolation of True Albino Teachers. If you haven’t noticed, all the mushrooms listed so far are white, and this is no coincidence. Albino variations of mushrooms are known to be more potent than normal-colored phenotypes. 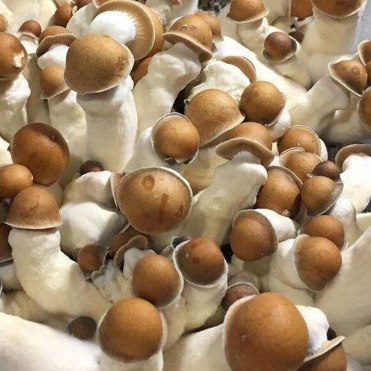 Penis Envy mushrooms are probably one of the, if not the, most famous Psilocybe cubensis strains. Circling back to the phrase “a cube is a cube,” that statement usually ends with “…except for Penis Envy” and that’s no joke – these have been known to be incredibly potent P. cubensis mushrooms. The history of this mushroom is as interesting as its potency. The strain is said to have been created by Washington-based mycologist Rich Gee, who is said to have received the original spores from Terrence McKenna’s personal Amazonian collection via his friend Jules Stevens. Gee credits the name to some strippers in 1977 who said the mushrooms looked like “donkey dongs,” to which Gee replied, “Do you have Penis Envy?”

Penis Envy mushrooms are notoriously potent and are one of the most sought-after strains. It’s no surprise that they were considered the most potent strain in this year’s Psilocybin Cup, with them being classified as 2022’s Spiritual use champion, meaning it is so potent that you require a much smaller amount to “break-through.”

There is a wide variety of P. cubensis mushrooms out there, and while, yes, cubes are cubes, there are certain ones that break that convention and have earned their place in our list of strongest Psilocybe cubensis strains!