A Brief History of MDMA: From the CIA to Raves to Psychedelic Therapy 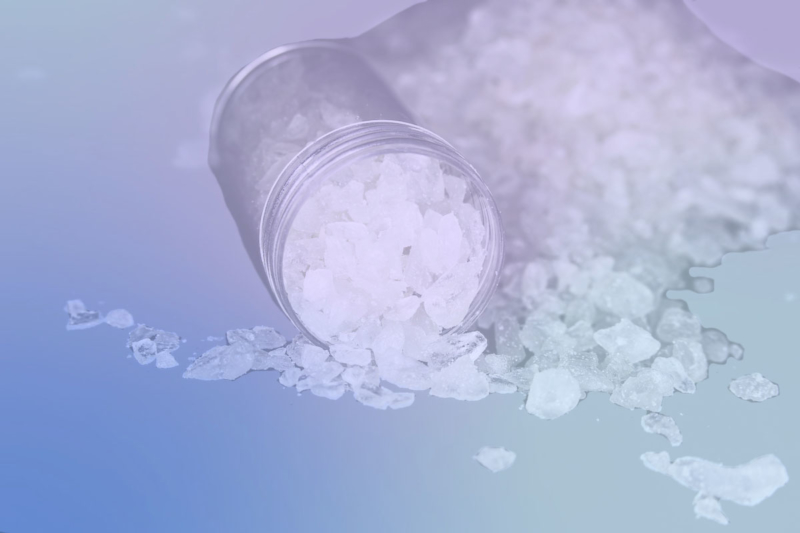 The history of MDMA is fascinating, and it is still being written.

Today, MDMA is one of the world’s most-well known drugs. Famous as a party drug prevalent among concertgoers, the compound is also growing in popularity as a therapy-enhancing medicine.

Despite being known the world over, if not as MDMA then by its many street names — molly, M, ecstasy, and X — most people are unfamiliar with how society was first introduced to the love drug.

Like other synthetic drugs, MDMA is not found in the wild. Rather, in 1912, it was first synthesized accidentally by German chemists working for the pharmaceutical company Merck. The scientists were researching drugs that could help stop bleeding, and they stumbled upon MDMA. Originally called “Methylsafrylaminc,” the scientists were unable to find a practical use for it. Nevertheless, in 1914, they patented the substance as something that could one day have therapeutic value, and then shelved it, leaving MDMA to be forgotten for decades.

Through the tumultuous 1920s-40s — a period of wars, economic devastation and revolution — MDMA mostly remained on its shelf, waiting for someone to rediscover it. There were checkered attempts at studying it, but what, if anything, was learned in that time is lost to history.

MDMA was not seriously studied again until the ’50s and ’60s. This time, it was tested by the United States as a potential mind-control drug or truth serum. The most famous project through which this was tested is of course the CIA’s Project MK-Ultra. Though most documents from that time period were destroyed following a death in the program, some survive today. According to these official documents, MDMA was never tested in humans, only animals — though a compound called MDE, which is almost identical to MDMA, was tested in humans at the New York State Psychiatric Institute.

Eventually, the spooks in charge of MK-Ultra turned their attention to LSD, which they believed had more potential as a psychological weapon than MDMA. So once again, the happy pill fell back into obscurity.

This began to change in the 1960s, as university and industry chemists began researching the drug for potential therapeutic effects. The big breakthrough came in 1965, when chemist Alexander Shulgin created a cheap and easy way to synthesize the forgotten Merck compound. After consuming it himself in 1967, Shulgin immediately saw its potential.

By 1976, Shulgin had given MDMA — now known by its current chemical name, 3,4-methylenedioxymethamphetamine — to hundreds of psychologists across the USA. Seeing MDMA’s potential to enhance empathy, the term empathogen was coined to describe the medicine.

In this period of early excitement, MDMA was being used legally in psychological clinics across the USA. Thousands of patients were treated, and it was being studied in clinical settings for everything from addiction, to relationship therapy, to anxiety.

It was also around this time, however, that MDMA — which was easy to synthesize — escaped the clinic and made its way into the underground scene. Immediately, it became popular as a so-called rave drug, being consumed around the USA and Europe at large music parties.

Though it was not then illegal, the USA was in the grips of the War on Drugs. It soon became obvious that ecstasy, the name it was known by in underground communities, would not escape this. Indeed, in 1985, the DEA invoked emergency powers and scheduled MDMA as a Schedule I drug, the most illegal. This meant that the drug had “no medical value,” and was extremely dangerous.

Despite stopping most legal study into MDMA, illegal recreational use of Scooby Snacks skyrocketed. Unfortunately, often this illegal supply was cut with other, more harmful, substances as well, such as meth.

Between the 1980s and early 2000s, research into MDMA did not stop; it only became more difficult. Following its banning, a man named Rick Doblin founded the Multidisciplinary Association for Psychedelic Studies, better known by its acronym MAPS.

By 1996, MAPS had successfully completed the first Phase 1 safety trial for MDMA-assisted therapy, which opened the doors to further study. Fast forward to 2021, and MAPS had completed several MDMA-therapy clinical trials, attempting to treat PTSD. The most significant was a Phase 3 trial, which saw 88% of people with severe PTSD have a clinical reduction in their symptoms, and 67% improve so much they “no longer qualified for a PTSD diagnosis.”

Though there has been significant controversy surrounding this clinical trial, MAPS is currently completing its second Phase 3 trial into whether MDMA-therapy can effectively treat PTSD. According to Rick Doblin, if this trial is equally as effective, we could see the treatment be legalized in the USA as early as 2023.

If that happens, and if MDMA is found to be as effective in the real world as it is in clinical studies, it has the potential to revolutionize mental healthcare.

PTSD is just the beginning. Within 5 years, we may see MDMA being used in couples therapy, depression treatments, and even eating disorders.

The history of MDMA is fascinating, and it is still being written.