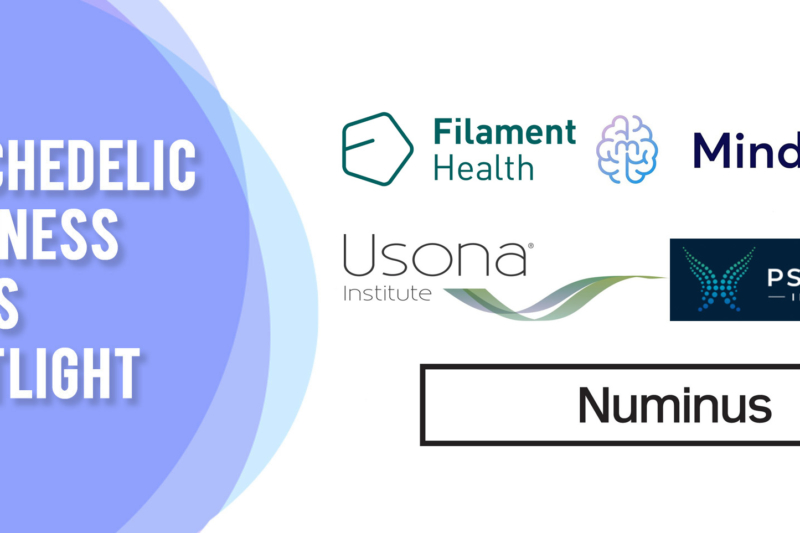 This week in psychedelic business news: Another clinic gets approval to conduct MDMA research, and new psychedelic research facilities open in Australia and the U.S., plus two game-changing psilocybin patents.

The biggest item in this week's psychedelic business news is the first psychedelic research center opening in Australia, backed by a $40 million, five-year investment. Psychae Institute, headquartered in Melbourne, will advance pre-clinical and clinical studies on psychedelics, alongside psychotherapy for the treatment of mental illness. The center will also investigate innovative use of technology to enhance the therapeutic benefits of psychedelic medicine, including ayahuasca, psilocybin, and MDMA.

3 Microdosing Clinical Trials to Keep an Eye On

“The significant opportunity for us at Psychae Institute is to meaningfully increase the scientific and clinical evidence supporting the safe use of these compounds as therapies to eventually achieve drug registration with global regulators including the US Food and Drug Administration,” said Psychae Institute Co-Director Associate Professor Daniel Perkins.

Promega Corp.’s nonprofit, the Usona Institute, is opening a headquarters in Fitchburg, Wisconsin, for the study of psychedelic medicine. The new 93,000-square-foot facility on 17 acres adjacent to Promega’s Fitchburg campus, is expected to be completed in 2024, and will provide ample space for researching the therapeutic potential of psychedelic medicine.

Usona, which currently operates in other Promega buildings including satellite offices in California and Germany, is conducting a phase 2 study of psilocybin to treat depression at the University of Wisconsin-Madison and six other sites, including Johns Hopkins University and Yale University. An early phase, first-in-human study of a novel compound of a different psychedelic is planned for 2022.

“The practices and the therapy that we’re embodying here have really gone back for thousands of years,” Promega CEO Bill Linton said at the groundbreaking ceremony of the $60 million project.

The trial builds off the Phase 3 clinical trial studying MDMA for PTSD sponsored by the Multidisciplinary Association for Psychedelic Studies (MAPS) under the MAPS Public Benefit Corporation protocol. Early data has found that an impressive 88 percent of participants who received three controlled and supervised sessions of MDMA-assisted therapy experienced a reduction of symptoms with at least two-thirds of participants no longer qualifying for PTSD diagnosis following treatment.

“Health Canada should be recognized for its ongoing leadership through its support of this study,” Dr. Devon Christie, Numinis Medical and Therapeutic Services Director, says in a statement. “At our Vancouver clinic, we have spent months establishing the physical, technical, clinical, and human resource infrastructure needed to move the study forward and ultimately foster greater access to MDMA-assisted therapy.”

In other psychedelic business news, Mindset Pharma has filed an international patent application for a novel method to synthesize psilocybin, enabling faster and cheaper production of the psychedelic compound than other established methodologies currently being used.

CEO James Lanthier says the company’s propriety synthesis process is likely the most cost-effective method available in the marketplace today for cGMP grade psilocybin, which is the active psychoactive chemical compound in “magic” mushrooms.

“It’s not practical to extract it from the mushroom,” Lanthier stated, “so really the only way to get to really pure psilocybin is through chemical synthesis.”

However, Filament Health announced two days later that it is the first public company to be issued a patent by the Canadian Intellectual Property Office for the extraction and standardization of natural psilocybin and associated psychoactive compounds.

“We are proud to lead the industry with this first issued natural extraction patent. This approval represents important progress in the development of our intellectual property,” said CEO Benjamin Lightburn. “At Filament Health, we know that nature is a valuable source of medicine, but that certain technologies are necessary to bring natural products up to a pharmaceutical grade—most importantly, through standardization.”

The company noted previous methods of natural extraction have experienced challenges relating to poor yields, stability, and repeatability, but stated its team has overcome these issues to produce a superior product at a lower cost than previously available in the psychedelic business. 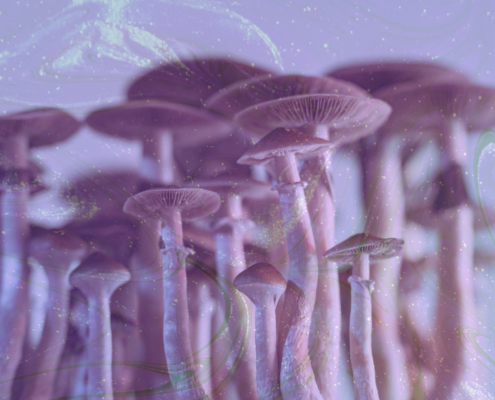 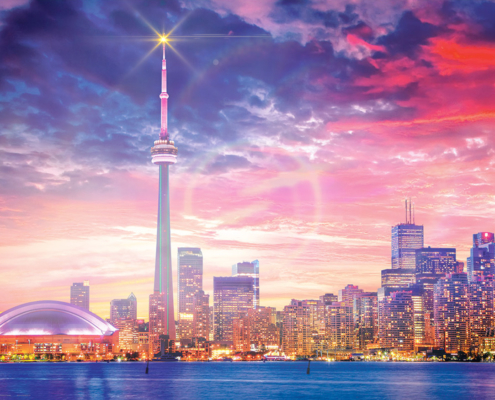 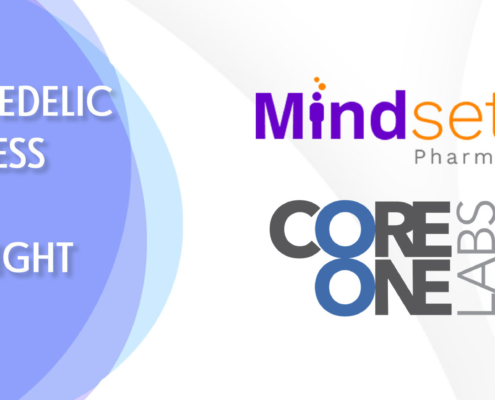 This week in psychedelic business news: Mindset Pharma files another patent for compounds with "perfect microdosing drug profile," and Core One Labs is preparing to capitalize on functional mushroom market.
Why Dimensions Health Centers Founders Embrace Plant Medicine Ceremonies Over...