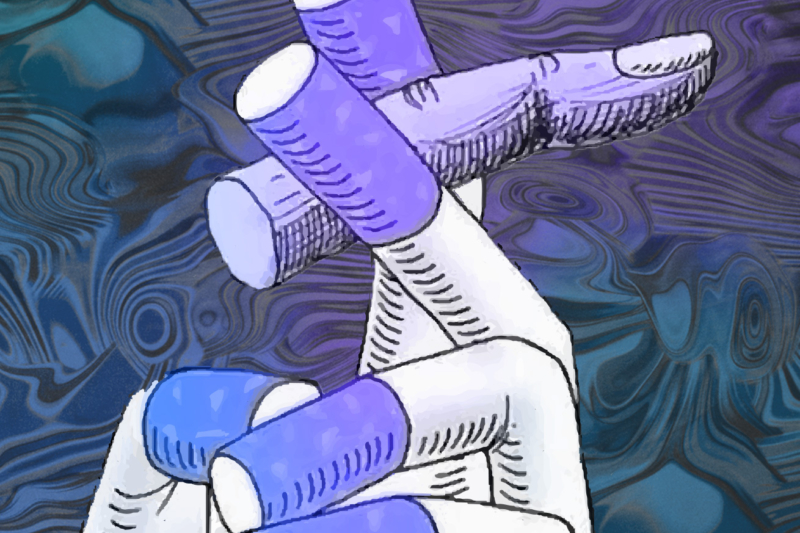 Psychedelics research is having a moment.

Johns Hopkins Medicine has been awarded almost $4 million from the National Institutes of Health (NIH) to explore potential impacts of psilocybin on tobacco addiction, marking the first federal grant awarded to research the therapeutic effects of a classic psychedelic in 50 years.

“The historical importance of this grant is monumental,” said Dr. Matthew W. Johnson, the principal investigator in the three-year research project to be completed in collaboration with the University of Alabama at Birmingham and New York University

The study will be carried out simultaneously at the three institutions to diversify the pool of participants, increasing confidence that the results apply to a wide range of people with tobacco addiction. It builds on earlier research into psilocybin—a psychoactive compound native to certain species of mushrooms—for tobacco smoking cessation, an effort commenced by Dr. Johnson 13 years ago.

In 2014, a pilot study found the use of psilocybin in the context of a cognitive behavioral therapy treatment program could help long-time smokers to quit. After six months, 80% of participants continued to abstain from smoking.

As there has been a resurgence in interest in the therapeutic potential of psychedelics over the past 20 years, known as the psychedelic renaissance, most of the recent research in this field has been funded by philanthropists.

The NIH’s decision to fund Johns Hopkins Medicine’s study comes after the body—which is the largest public funder of biomedical research in the world—was notably absent in terms of investing in psychedelic medicine. It could mark a turning point for the field.

“We knew it was only a matter of time before the NIH would fund this work because the data is so compelling and because this work has demonstrated to be safe,” said Susan Hill Ward, Professor in Psychedelics and Consciousness at Johns Hopkins Medicine. “Psilocybin does have very real risks, but these risks are squarely mitigated in controlled settings through screening, preparation, monitoring, and follow-up care.”

Earlier this year, Multidisciplinary Association for Psychedelic Studies Founder and Director Dr. Rick Doblin, and psychiatrists Dr. Brian Barnett and Dr. Julie Holland in an article called on the NIH to support the development of psychedelic therapies. “The NIH’s absence from investment in psychedelic medicine is unfortunate since it is preventing talented researchers from entering the field and possibly slowing the development of urgently needed innovative treatments,” they said.

They suggested should the NIH decide to make its mark on the psychedelic renaissance: “The scientific community’s efforts to harness psychedelics for deciphering and mending the mind may be on the brink of a giant leap forward.”

Hawaii may soon legalize psilocybin therapy for the treatment of a range of mental health issues, according to proposed legislation.
Melissa Etheridge Comes Out for Psychedelics: ‘Psilocybin Is a Real K...

Interview with Patrick Moher, CEO of Microdose
Scroll to top