How Psychedelics Can Help End the Suicide Epidemic 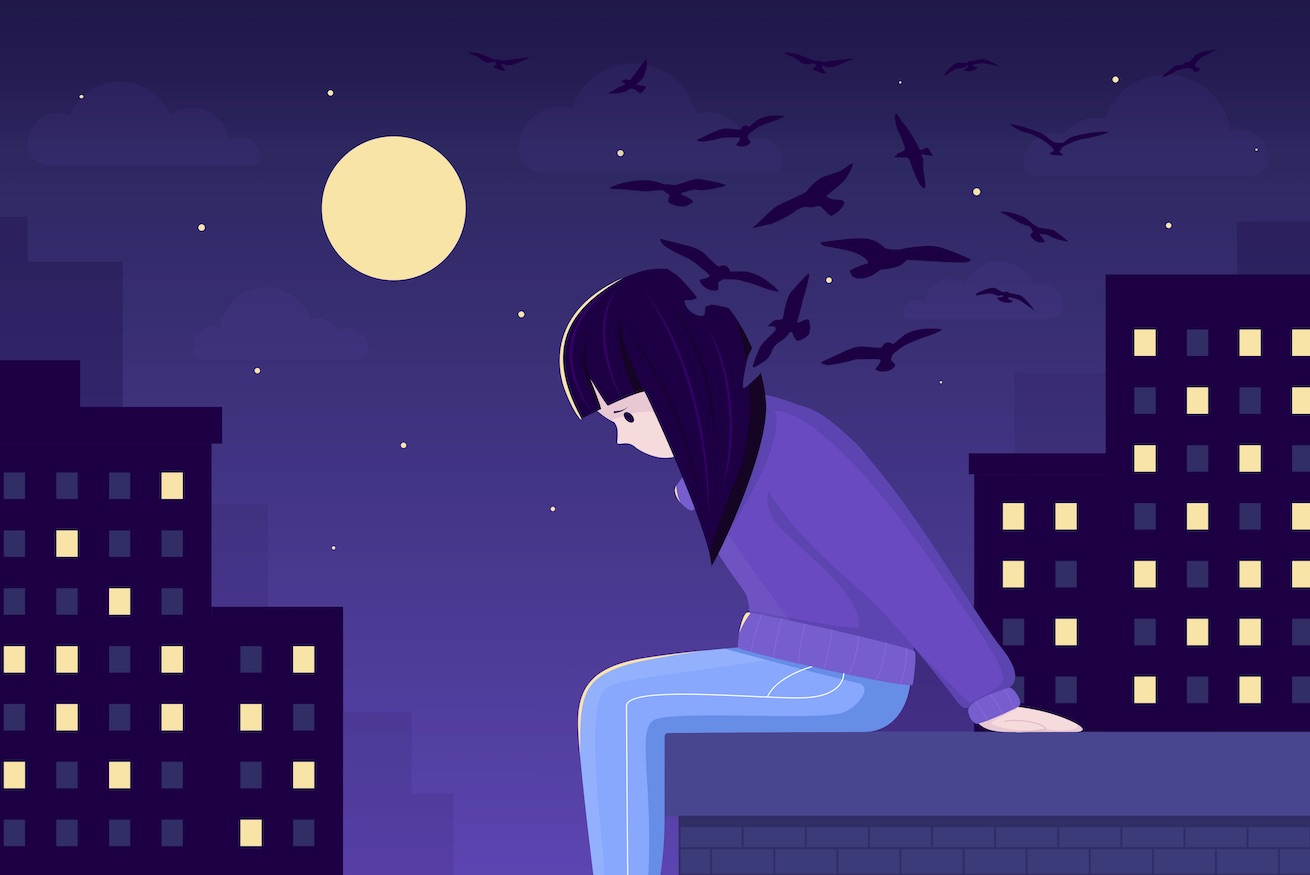 There is increasing scientific evidence that a variety of psychedelics can be used to treat a number of the risk factors linked to suicide, in addition to reducing suicidality.

Tragically, more than 700,000 people around the world die by suicide every year. This is equal to one person every 40 seconds. According to the World Health Organization, for every adult who has died by suicide, there may be more than 20 others attempting suicide. These figures are also likely to be underestimated due to the stigma around suicide and that some of these deaths are classified as unintentional injuries.

Even more tragically, suicide rates in the United States are increasing. According to the Centers for Disease Control and Prevention, they have increased 33% between 1999 and 2019, and suicide is the 10th leading cause of death for Americans.

What causes a person to commit suicide is incredibly complex. Risk factors include:

· Environmental factors such as stressful life events, including divorce, unemployment, financial stress, or having been recently released from prison or jail

· And historical factors, including previous suicide attempts, a family history of suicide, or a history of childhood abuse or trauma

In the United States, men die by suicide 3.63 times more often than women, and veterans make up nearly a quarter of all suicide deaths in the country.

While there is no single cause for suicide, there is also no one, easy solution. In 2003, the World Health Organization recognized suicide as a public health crisis by creating World Suicide Prevention Day, held every year on September 10. In the United States, National Suicide Prevention Week is also held annually in September, this year from September 5 to 11.

“The goal of World Suicide Prevention Day is to shine a light on the problem in hopes of reaching people who are struggling,” Canadian Association for Suicide Prevention Executive Director Sean Krausert tells Psychedelic Spotlight. “It is a day dedicated to a very important message: suicides are preventable. It is observed in over 60 countries with hundreds of events around the world.”

The Potential of Psychedelics in Preventing Suicide

There is increasing scientific evidence that a variety of psychedelics can be used to treat a number of the risk factors linked to suicide, in addition to reducing suicidality—a term that refers to suicidal ideation, suicide plans, and suicide attempts—itself.

The results of two studies in 2017 also showed a decrease in suicidality due to psychedelics use. Participants in both studies completed self-report questionnaires on experiential avoidance, depression severity, and suicidal ideation before using a psychedelic in ceremonial and non-ceremonial settings, two weeks after psychedelic use, and again four weeks after psychedelic use. Researchers concluded: “These results suggest that psychedelics may lead to a significant decrease in experiential avoidance, depression severity, and suicidal ideation.”

The researchers also noted that given the limited efficacy of Selective Serotonin Reuptake Inhibitors (SSRIs) – which are widely used antidepressants – in treating mild to moderate depression and suicidal ideation, there is the scope to assess if psychedelics could improve and protect mental health in non-clinical populations. “Despite the burden associated with depression and suicide, there are significant limitations surrounding current first line interventions,” the researchers said. “We conclude that integrating psychedelics with psychotherapeutic interventions that target experiential avoidance, such as acceptance and commitment therapy, may enhance therapeutic outcomes.”

A third study from 2015 evaluated if psychedelic drug use could reduce the risk of suicidality in a community-based cohort of marginalized Canadian women in the Metro Vancouver area. Its multivariable analysis found reported lifetime use of naturalistic psychedelics was associated with a 60% reduced hazard for suicidality. “Our findings demonstrate that naturalistic psychedelic drug use is independently associated with reduced suicidality, while other illicit drug use (specifically crystal methamphetamine) and childhood trauma predispose women to suicidality,” researchers concluded.

What Is Next for Psychedelics and Suicide Prevention?

Fortunately, psychedelics are beginning to be recognized as a viable treatment option for suicidal ideation. In a bid to reduce the number of suicides occurring in the United States, the National Institute of Mental Health (NIMH) in May announced that it would be supporting eight projects that are investigating the feasibility and safety of rapid-acting suicide prevention interventions, involving ketamine, esketamine, or transcranial magnetic stimulation (TMS).

In addition, many leaders in the psychedelics space advocate the use of psychedelics in preventing suicide, with several companies carrying out their own research and drug development work to address suicidal ideation and associated conditions.  One of these advocates is former professional hockey player and founder of life sciences company Wesana Health Daniel Carcillo, who has spoken openly about his own experience with suicidal ideation after suffering a traumatic brain injury. Carcillo had plans to take his own life when he found healing through psilocybin.

“Psychedelics really did save my life,” he told the Psychedelic Spotlight Podcast last year. “You are in a situation where you have a beautiful, healthy family, you have a car in the driveway, you have a roof over your head, you have money to buy food – and yet you are thinking about killing yourself. That is a really scary situation to be in. I was in the darkest place I’ve ever been, and it was a hero dose of psilocybin that brought me out of it.”

To mark World Suicide Prevention Day, Psychable, which connects those interested in legally exploring psychedelic-assisted therapy with practitioners, highlighted how the company is doing its part to advance the conversation surrounding the use of psychedelics as medicine to treat mental health issues such as depression.

“Suicide is a unique cause of death in the sense that it is fully preventable,” said Psychable CEO and Co-Founder Jemie Sae Koo. “With overdue conversations happening surrounding access to mental health resources, the increase of approved psychedelic-assisted therapy and depression treatment options, and enhanced understanding surrounding the use of psychedelics as medicine, our mission to connect those who struggle with depression to practitioners in the psychedelic-assisted therapy space is more imperative than ever.”

If you or someone you know is in crisis, you can seek help from:

· The National Suicide Prevention Lifeline: speak with a certified listener by calling 1-800-273-8255

· The Veterans Crisis Line and Military Crisis Line: speak to a US Department of Veterans Affairs responders by calling 1-800-273-8255 and pressing 1· The Crisis Text Line: connect with a trained listener by texting HELLO to 741741

Whether trying psychedelics recreationally or clinically, you may wonder: just how do hallucinogens work? Here's the guide to what to expect.
Psyched Wellness to Study Amanita Muscaria Mushroom Extract for Sleep Disor...