Psychedelics Can Change Your View on the Nature of Reality 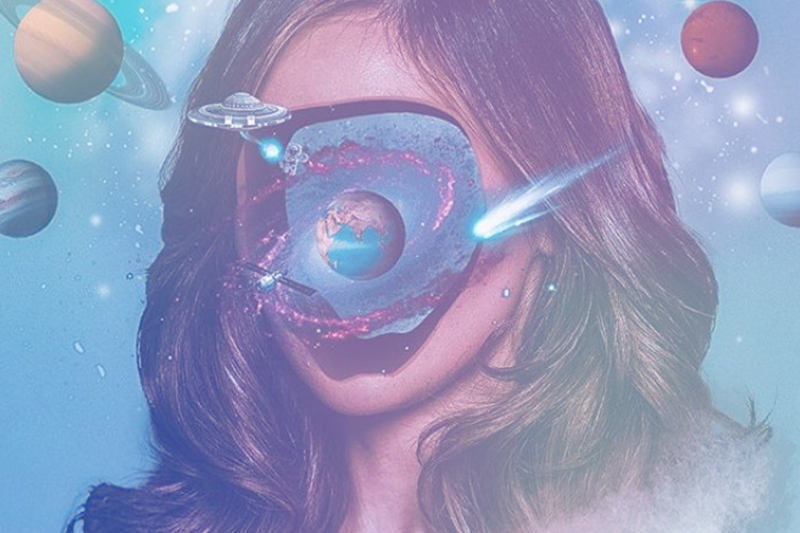 “The man who comes back through the Door in the Wall will never be quite the same as the man who went out.” – Aldous Huxley

A recent study, published in Scientific Reports, has found that psychedelics can fundamentally change your core beliefs about the nature of fate, reality, and consciousness.

The study is the first of its kind to track changes in these core beliefs before and after participating in a psychedelic ceremony, and represents a more nuanced shift in the ethical underpinnings of psychedelic therapy.

This Is Your Mind on Metaphysics

The branch of philosophy concerning the nature of reality – metaphysics – is a murky subject. Philosophers of the East and the West have been wrestling with metaphysical questions for thousands of years. As of yet, these existential questions, like “What exactly is consciousness?” and “Do we really have free will?” are yet to be universally agreed upon.

Newbies to philosophy may not be fully acquainted with the lingo, but they will most likely hold their own metaphysical beliefs. If you subscribe to science, for example, you likely hold the materialist view that reality is purely physical — just as you can explain an apple falling from a tree through gravity, you can explain the behavior of the mind through activity in the brain.

On the other hand, you might be more convinced by the supernatural; an idealist believes that consciousness is the starting point of reality, and this simply can’t be explained through the physical world — in other words, you believe in mind over matter.

Not everyone may be explicitly conscious of their metaphysical worldview, but research has found that certain extraordinary experiences can increase people’s awareness of, and sometimes even change these deep-set beliefs. The tunnel of white light, and the ineffable feeling of peace and calm during a near-death experience, for example, can convince people that there may be an afterlife after all.

Through The Looking Glass

Committed psychonauts (like Aldous Huxley) have argued that a high-dose psychedelic experience can also cause a shift in these beliefs. The mystical, the spiritual, and the ineffable all collide under the influence of psychedelics — something which is hard to ignore once you come back through the Door in the Wall.

Seth Wilson, a patient struggling with depression and anxiety for most of his life, underwent ketamine therapy with Field Trip Health and emerged with a newfound comfort in life. He told Psychedelic Spotlight the psychedelic-assisted therapy rapidly reduced his depression and anxiety, and allowed him to finally heal grief from his mother's death. The experience, he added, was also spiritual and impacted his metaphysical worldview:

“I have gone through the majority of my life being agnostic [to spirituality], knowing or feeling there's something bigger out there but not knowing how to put words to it…I actually knew that the answer still is agnostic. But that…thing that I was looking for makes sense to me now. That spiritual world, that I can only describe with the words given to us by our spiritual vernacular, is something that I didn't adhere to. But it was this new vernacular that I was allowed to see in that realm. Like, I don't have words for it — I saw it, I felt it — but I can also understand how that translates to others who have had a spiritual experience.”

Wilson’s testimony is one of many reports that highlight how psychedelics can make people question their own metaphysical beliefs. However, the mountain of reports online are anecdotal, and researchers are not entirely sure what the bigger picture looks like. Do psychedelics consistently make people believe in a higher being?

This sparked Timmerman, along with colleagues from London and Australia, to set up the first-of-its-kind study to track the trajectory of beliefs that people have before and after participating in a psychedelic ceremony.

The researchers recruited 866 willing participants online, and asked them a series of questions about their baseline metaphysical beliefs. Each participant then went on their own guided psychedelic journey, and established their beliefs again both four weeks and six months after their journey.

The results not only confirmed that psychedelics can change your views on the world, but also specified which direction participants would go; there was a significant shift away from a materialist view of the world. In other words, participants became less sure that the world only existed in the physical realm. The psychedelic experience made people more open to supernatural ideas, like the notion that the universe itself is conscious (what is known as panpsychism).

Interestingly, the researchers also found a link, albeit small, between this shift in metaphysical beliefs and an increase in wellbeing; the bigger the shift away from a materialist view of the world, the greater the increase in wellbeing after attending a psychedelic ceremony.

Ethics and Future of The Psychedelics Field

Discovering that an increase in wellbeing is associated with a shift away from materialism might spark the question, “Is a materialist worldview bad for your mental health?” The researchers sit themselves firmly on the fence, stating, “Assessing the value of competing philosophical positions is beyond the remit of the present work—and, some might argue, beyond the remit of science.”

However, the research does raise important ethical questions. How you fundamentally see the world rests on your core metaphysical beliefs. If you’re going through psychedelic therapy, you should be fully aware that these core beliefs could be changed forever. How psychedelic therapists and researchers navigate this nuanced realm of informed consent will shape how the field develops in years to come. 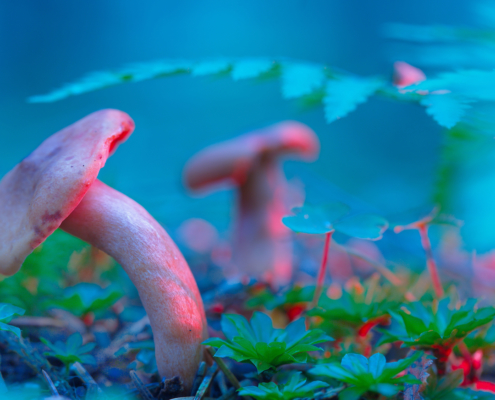 And since the classes are online, students can live anywhere in the world while taking Psychedelic and Spiritual Studies courses at the university.
Psychedelics Will Have a Big Presence at SXSW in 2022