Psychedelics and Sports: Can They Propel Athletes to Unprecedented Pinnacles of Ability? 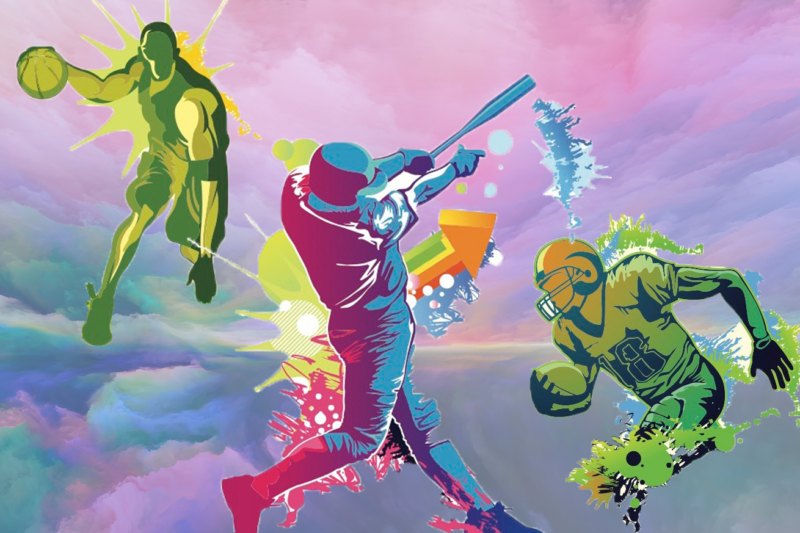 While scientific literature on athleticism and psychedelics is still in its embryonic stages, there’s a deep well of anecdotal evidence suggesting that psychedelics could bring athletes to new peaks of performance.

On the heels of sprawling cannabis legalization throughout North America, all eyes are hungrily hooked on the slow but certain legalization of psilocybin. No self-improvement trend has ever captivated every corner of the internet the way microdosing has.

The echoing accounts of those supplementing studious, sportive, and career-climbing endeavors with psychedelics have induced mania in the everymen. All groups, from existentially-exhausted mothers to weekend-warrior endurance athletes to university students, are eager to microdose their way to enhanced cognition.

Or, as Dr. Fey, a Western New York physical therapist and psychonaut, phrases it for Psychedelic Spotlight, “experimental success-seekers are using small amounts of psychedelics to propel them to unprecedented pinnacles of ability, and it’s working.”

Here we focus on a newly-researched niche: athletic performance and psychedelics.

A No-Hitter on LSD

Where should we start? With the infamous, LSD-fueled no-hitter, of course.

The century-spanning chronicles of baseball are charged with oddities and accomplishments, but few are as iconic as when a 25-year-old right-handed starter for the Pittsburgh Pirates named Dock Ellis threw a no-hitter while tripping on LSD.

Dock Ellis recounted the drugged-out day in great detail to NPR before his death, and No Mas used the audio from the interview to create a fascinating short film (below). The story begins with Ellis partying with his friends the day before the game. The holy trinity –– alcohol, acid, and marijuana –– were involved. Ellis passed out and, upon waking up from his nap, took more acid, confusedly believing it was still the same day. He recalls thinking he was in the clear before a friend informed him that he had to pitch in just hours. So, he hopped on a plane and fulfilled his obligation with LSD lighting up his senses.

“I started having a crazy idea in the fourth inning that Richard Nixon was the home plate umpire,” Ellis recounted in an interview years later. “And once I thought I was pitching a baseball to Jimi Hendrix, who to me was holding a guitar and swinging it over the plate.”

The film and story are incredibly entertaining, but like most tales that seem too fantastical to be true –– there’s just one lingering question: did it actually happen?

Well, that depends who you ask.

Bob Smizik, who covered the Pirates from 1972-77 for the Pittsburgh Press, is a believer. While he didn’t cover the game, he was the first writer to break the legend of the LSD no-hitter.

In the story, Smizik even included a quote from a Pittsburgh-area psychologist, Dr. Maurice Cerul, to lend the story a dash of credibility:

“If he had a good trip, he could have done his task without problems. As a matter of fact, he could have performed even better. It’s within the realm of possibility. [B]ut LSD should not be used to enhance one’s athletic ability.”

However, that quote was given decades ago, when psychedelic use was still a big no-no and counterculture activity. Now, researchers are abandoning their hesitancy to proclaim that using psychedelics to enhance athletic performance exists in a good or bad binary.

Okay, fair enough, it seems like an easy assumption that psychedelic drugs aren’t performance-enhancing. But as James Oroc explained in his legendary essay, extreme sports and the underground psychedelic scene have a surprising decades-long relationship.

“According to the combined reports of 40 years of use by the extreme sports underground, LSD can increase your reflex time to lightning speed, improve your balance to the point of perfection, increase your concentration until you experience “tunnel vision”, and make you impervious to weakness or pain,” Oroc claims. “LSD’s effects in these regards are in fact legendary, universal, and without dispute.”

More recently, a citizen scientist wrote an extensive self-study for Borealism chronicling the effect of microdosing mushrooms on athletic performance. In his report, he claims, “psilocybin provokes a more immersed engagement with any activity; in this context, it amounted to a much more motivated sense of engagement with swimming and running as it displaced the perception of discomfort, pain, and fatigue.”

While he insists that there appears to be a performance-enhancing outcome, he acknowledges that it’s hard to know how much a placebo effect is in play.

“This [performance-enhancing] effect, as expected, is more psychological than physiological, though it will be argued that there is little need to differentiate between the mind and the body when it comes to improving sportive ability in this sort of context,” the researcher writes.

Moreover, the performance enhancement may only be relevant at the highest echelons of professional sport, where everyone is first-rate, and the difference between winning and losing is a game of millimeters or milliseconds.

While the evidence isn’t ironclad, it is accumulating.

With the potential of psilocybin legalization on the horizon, more robust research on psychedelics and exercise performance is promised. Dr. Fey is hopeful, telling Psychedelic Spotlight, “Soon, we’ll get a clearer picture of the broad effects of these psychedelics on performance. Sports have always explored the outer limits of human potential, and as athletes start reaching even higher levels of precision, they’ll search for whatever advantage they can get.”

But for now, urban legend and anecdotal evidence are enough to convince, or at least entertain, many.