The Road to Psychedelics Legalization 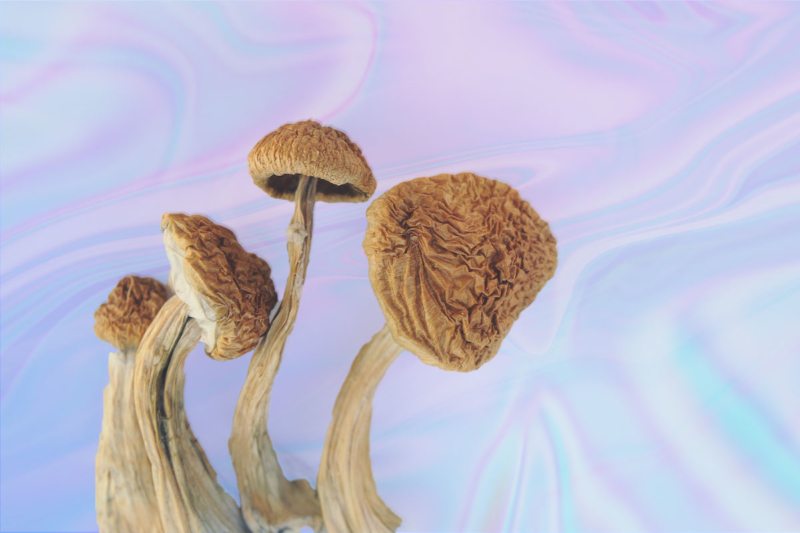 Matthew X. Lowe, Ph.D., is the Research Director of non-profit Unlimited Sciences, which is creating the largest collection of real-world data on psychedelic use to more quickly understand how to use these drugs safely and effectively.

In the midst of a psychedelic renaissance, it’s crucial to recognize that the use of psychedelics is not a new phenomenon. But what has changed in recent years is a concerted effort to increase our scientific understanding of their applications in natural medicine and therapeutic healing—and everyone who’s interested can play a part.

The colorful road to psychedelics legalization has been intertwined with human history for thousands of years. Anthropological reports indicate that psychoactive substances in the form of plants, fungi, roots, seeds, and even the secretions of animals have been used by humans for millennia.

Substances of note include: Soma, referenced in ancient Hindu Sanskrit texts and thought to contain the Amanita muscaria psychedelic mushroom; kykeon, an ergot alkaloid similar to lysergic acid diethylamide (LSD) used in the Eleusinian Mysteries rites of ancient Greece; the Mexican cactus peyote; the sacred mushroom teonanacatl or ololiuhqui, as well as morning glory seeds, both of which were used in ceremonies in several Central American Pre-Columbian cultures, including Aztec, Mayan and Olmec; and the South American yajé or ayahuasca. These substances were used harmoniously in many aspects of daily life such as religious ceremonies, for the treatment of pain, as an appetite suppressant, or even to inspire courage.

Psychedelics in the 20th Century

In contrast to the long history of psychedelics, there is a relatively short history of scientific exploration. While many believe the synthesis of LSD by Albert Hofmann in 1938 was a catalyst for psychedelic research in the 20th century, research on other psychedelic drugs, such as mescaline, had been explored for decades prior. The synthesis of LSD coincided with a surge of research interest in other psychedelics such as psilocybin and N,N-dimethyltryptamine (DMT). By 1965, there were more than 2,000 published articles involving over 40,000 patients that noted positive effects with various psychedelics.

Despite robust reports recognizing the vast therapeutic potential of psychedelics for treating conditions such as alcoholism, depression and anxiety, political pressure and an alarmist and sensationalist media campaign quickly led to the rescheduling of LSD and other classical psychedelics in the United States. With the Controlled Substances Act of 1971, research was halted, and psychedelics were classified under Schedule I as having “no currently accepted medical use and a high potential for abuse.”

Modern Revival of Human Psychedelics Research and the Psychedelic Renaissance

Following a 25-year hiatus, a revival of psychedelic research was led by a small number of studies throughout the 1990s. A steady increase in controlled research with psychedelics continued into the 21st century and brought with it the adoption of more careful experimental designs.

During this time, observational research, involving observation of participants in naturalistic settings, played a key role in reversing stigmatization by showing positive associations between psychedelic use and crucial measures of mental health, well-being and quality of life. Momentum was building. In 2019, Denver became the first major metropolitan U.S. city to decriminalize psilocybin.

Understanding the Difference Between Psychedelics Legalization and Decriminalization

In the years since Denver voters approved Initiated Ordinance 301 (I-301) and became the nation’s first city to decriminalize the use and possession of mushrooms containing the psychedelic compound psilocybin, what progress has been made on the road to psychedelics legalization?

Before examining this question, it’s important to understand the difference between decriminalization and legalization. Legalization is the process of removing legal prohibitions of a specified substance, including possession, use and manufacturing. Decriminalization, in contrast, is the act of removing criminal sanctions, so that the legal system will not pursue prosecution of an individual for possession of a specified substance under a certain amount. Under decriminalization, the substance remains illegal to possess, use and manufacture, and penalties can range from civil fines to drug education or drug treatment.

Following the 2019 decriminalization of psilocybin in Denver, several U.S. cities and states have seen further easing of laws relating to psilocybin use, including decriminalization in Washington D.C. and the California cities of Oakland and Santa Cruz. At the state level, in addition to decriminalizing the possession of small amounts of most recreational drugs, Oregon became the first state to legalize psilocybin under Measure 109, which directs the Oregon Health Authority (OHA) to license and regulate the manufacturing, transportation, delivery, sale and purchase of psilocybin products.

Despite progress in the decriminalization and legalization of psilocybin, the majority of Schedule I controlled substances, including LSD, DMT, mescaline, Ibogaine and 3,4-methylenedioxymethamphetamine (MDMA), have yet to see significant progress in easing laws despite growing evidence of their therapeutic potential.

Unfortunately, statewide legislation efforts have not always been successful. For example, in the 2021 California legislative session, SB-519, which would remove criminal penalties for the possession, personal use and social sharing of psilocybin, psilocyn, MDMA, LSD, DMT, ibogaine and mescaline (excluding peyote) failed to win enough support to move forward. Although the outlook is positive, the road to psychedelics legalization still faces many obstacles.

It has been well documented that set and setting significantly influence the response to psychedelic drugs (“set” is an individual’s mindset and “setting” refers to their physical and social environment).

While well-designed clinical trials are crucial to understanding the acute effects of psychedelics, most individuals using psychedelics are not doing so within the controlled environment of a laboratory. In real-world psychedelic experiences, set and setting can vary substantially from one individual to the next.

Observational research captures data from these real-world situations and is therefore essential for understanding the full spectrum of the psychedelic experience. This research will continue to be a key component in the road to education and legalization. Critically, observational psychedelics research has played a significant role in the slow reversal of stigmas caused by alarmist campaigning and political pressure throughout the 20th century that negatively affected the public’s perception of psychedelics. The battle, however, is far from over.

Advocating for Information and the Role of Unlimited Sciences

At Unlimited Sciences we are focused on driving psychedelics research forward, and our goal is to capture observational data in real-world settings, share our results with the public, and educate and inform on the outcomes of psychedelic use.

It’s estimated that in the U.S., over 30 million people have used LSD, psilocybin, or mescaline. There is an enormous potential of untapped data that could have profound implications in our understanding of psychedelics. Our goal is to access this knowledge, mitigate harm and reduce stigma through education.

Since 2020, in collaboration with Johns Hopkins University’s Center for Psychedelic & Consciousness Research, Unlimited Sciences has conducted observational research of psilocybin users to understand how psilocybin is being used in real-world settings, and to explore health-related outcomes of psilocybin use.

Crucially, we remain neutral in our pursuits, not as advocates for psychedelics legalization, but as advocates for information. To date, over 6,800 individuals have enrolled in our study. We believe this is only the beginning, and the development of new research aims to explore a variety of classical and non-classical psychedelic substances.

Walking the Road Together and How You Can Be Involved

The road to legalization must be walked together. If you’d like to share your experience of psilocybin use, or even if you’re considering using psilocybin for the first time, you can join our real-world psilocybin study and help contribute to greater understanding of psychedelics. 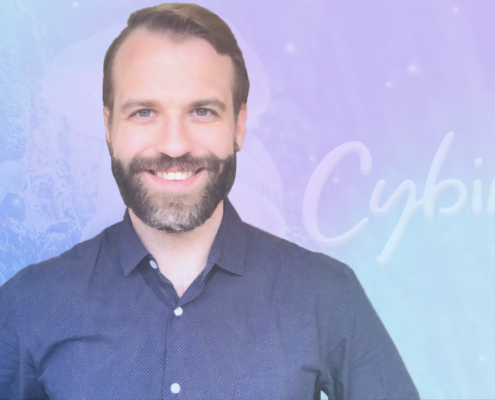 "Something that people used to speak about only in whispers is now standard policy," says the psychedelics researcher, with 20 years of experience, in a wide-ranging Q&A. 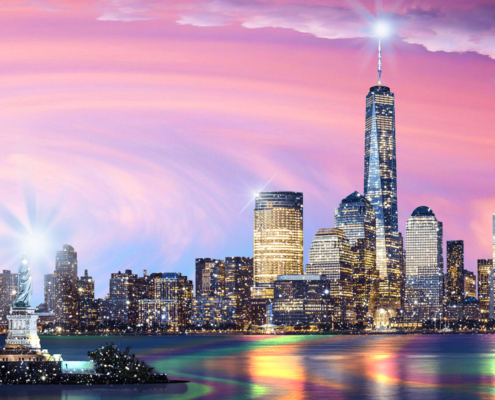 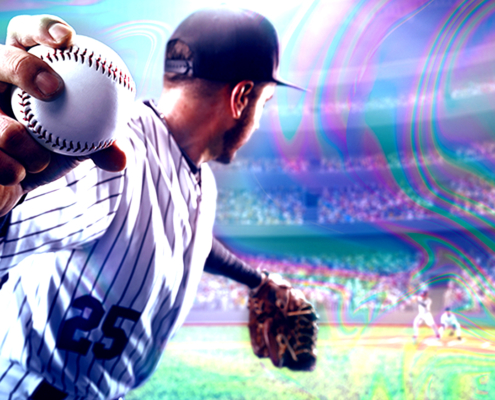 A psilocybin pre-workout stack might offer you an alternate way to form a bond between both your body and mind, get more out of your workouts, perform better and faster recoveries—especially if it is coupled with some nutritious superfoods.
Dr. Bronner’s Magic Soaps Offers Free Ketamine-Assisted Therapy to Em...