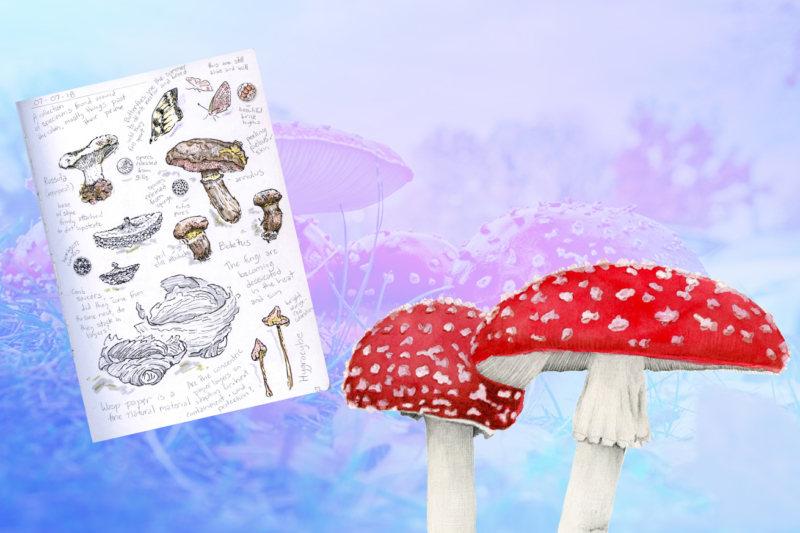 The red mushroom with white spots is a fixture of psychedelic art, but is it psychedelic? Here's your beginner's guide to Amanita muscaria mushrooms

You’ve heard of psilocybin, but there’s another magic mushroom out there that gives you dreamlike hallucinations. In fact, knowledge of it has been spreading widely —you may have already seen this fungus pop up on your newsfeeds or social media. You may not know its name, but you certainly know its likeness: It’s giving Mario mushroom realness. It looks like somebody 3D-printed the mushroom emoji. This whimsical mushroom is named Amanita muscaria. It looks, honestly, poisonous, given that the common image of the deadly shroom looks exactly like this cartoonish, giant, bright red button with large white pinpricks on top. But it also looks so fun and pretty —if the Smurfs can live in it surely it can’t be that bad? Could it even be edible, with its candy-red cap and jaunty little white pocks?

According to Google Trends, searches for Amanita muscaria have skyrocketed since August worldwide, with people curious about what it is, how it can make you feel, and whether or not it’s really safe to eat. Mycologists around the world still argue back and forth with this one, so let’s get down to some simple facts.

What Is Amanita muscaria?

The Amanita muscaria, also known as fly agaric, is, well, a very poisonous mushroom that can be found in continental and northern Europe and the UK usually between the months of July and October. That said, it’s a bit of a world traveler —it’s also been found in Brazil, South Africa, Central Asia and across North America— one could label it a “cosmopolitan” mushroom.

It has been described as “one of the most remarkable and beautiful mushrooms” with its scarlet red cap standing out brightly among the dirt on forest floors. It’s also a fairly large and hard to miss mushroom, usually measuring around five to 20 centimetres wide.

Despite its recent surge in North American popularity, it’s got quite a rich history. In parts of northern Europe and Central Asia, it was often used in old folk and shamanic traditions, and, according to the US Forest Service, pre-Christian cultures used it during Winter Solstice celebrations.

Yes, the Amanita muscaria is technically poisonous. Given the miracle of modern medicine, fatalities from eating it are extremely rare, but they can still happen. There have been some instances of people falling into comas after eating it. That said, the North American Mycological Society states that “In humans, are no reliably documented cases of death from toxins in these mushrooms in the past 100 years.” Still, it’s probably better to be careful. Even if people argue that the mushroom has been unfairly painted as the picture of pure poison, there’s still negative effects that can happen if you eat it. If A. muscaria are eaten raw, usually symptoms of toxicity will appear within 30 minutes to two hours after ingestion. Nausea, vomiting, and the works are to be expected, but most effects happen to the central nervous system. People often experience convulsions, confusions, visual distortions, and more.

Does Amanita muscaria Get You High?

The answer you’ve been waiting for is yes, A. muscaria can get you high. When you hear “magic mushrooms,” you might be thinking of your old friend psilocybin, but the psychoactive ingredient in Amanita muscaria isn’t the familiar psilocybin or psilocin at all —they’re two ingredients called muscimol and ibotenic acid. Muscimol offers a very different high compared to psilocybin —it can be described as having a sedative, depressant, and deliriant effect.

How Do You Eat It?

Okay, so now that we’ve established that the mushroom is poisonous, how do you eat it without any of the potentially negative effects? Some people get severe stomach cramps —one guy in New Zealand even, uh, literally pooped his pants after taking a bit more than he should have. If you want to take it, and take it safely, you have to follow a few steps to detoxify it first and help lessen some of the negative effects —including stomach cramps and the potential of soiled undies.

First things first —the toxic effects of Amanita muscaria are caused by the ibotenic acid. Boiling the mushroom removes the acid, which makes it mostly harmless. Now, dried mushrooms are better for your stomach than raw ones. Don’t eat the stem —typically, these can contain a lot of larvae, so toss that out and focus on those red caps. Once the cap is dry, you can eat it raw, or boil it down some more and drink a tea-style infusion with it. In fact, most people tend to recommend this process as it lowers the risk of stomach pains even more. The main message here is this: Use lots of water and boil the hell out of the shrooms.

How Much Should I Take?

A good starting dose of Amanita muscaria is said to be one small mushroom cap or less than five grams. If it’s your first time, definitely start slow —the level of active ingredients in each A. muscaria cap varies wildly depending on rainfall, geography, host tree species, and more, so you never truly know what you’re getting with these.

How Does Amanita muscaria Feel?

The high described from eating Amanita muscaria is different from the high caused by psilocybin. Effects will usually start to come on 30 to 90 minutes after ingestion. People report strong visions and religious insights —but these often occur once the user has fallen asleep, and they see these visions and get lessons in their dreams. Remember our Kiwi friend from above who had stomach cramps and defecated while taking Amanita muscaria? He said that he had “an amazing sleep,” claiming that the things he saw in his sleep were incredible. People report dream-like sensations, and the high has been described as “strange.”

Another frequent part of the Amanita muscaria trip is the looping sensation —users report doing things on repeat. Perhaps this is a result of the deliriant nature of the mushroom —people are sometimes unable to tell if things are real or not.

Experiences with Amanita muscaria vary widely —some users report nothing at all, while others have major trips that leave them with loads of new questions the next morning. Some report euphoria, while others feel sick and scared. It’s generally considered to be unpredictable. Effects can last anywhere from 4 to 10 hours.

Great question. As of right now, Amanita muscaria is legal in America (except for Louisiana, unless it’s for decorative purposes). In fact, its legal status is what’s fuelling the fire of Florida’s first (and only) shroom dispensary —its owner doesn’t sling the prohibited psilocybin, but rather its sleepy cousin, the Amanita muscaria. In Canada, Amanita muscaria is also legal, though it can be subject to regulations under the Food and Drug Act. According to PsychedelicLaw.ca, “the mushroom itself, and products made from or containing Amanita muscaria, do not appear to have ever been approved for commercial sale or medical use in Canada.”

It’s also legal in Sweden, Ireland, and Russia, but decidedly illegal in Australia, Romania, the Netherlands, and Thailand.

Amanita muscaria, fly agaric, emoji shroom —whatever you want to call it— there’s no denying that she is one of the most iconic mushrooms. With the psychedelic renaissance well underway, it’s now starting to come back into popularity. If you’re curious about trying one of these for yourself, make sure you do enough research and be careful, whether you’re going mushroom foraging yourself or buying some from a dispensary. If you boil these properly, they’re actually supposed to be quite delicious and sweet. Stay safe, and bon appetit! 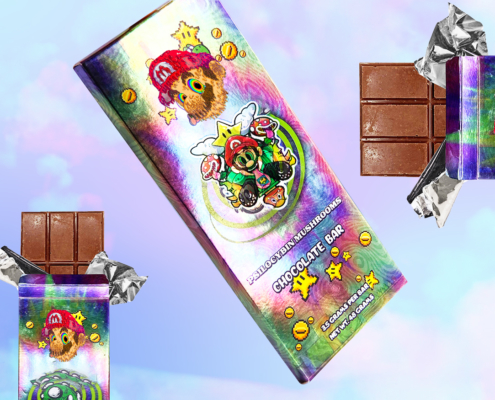 From Sibera to Soma, to the Greeks and Celts and Vikings, the Amanita muscaria mushroom has been with us throughout history
Why it’s a Bad Idea to Take Mushrooms on a Plane

My Experience with a Bad Psychedelic Therapist
Scroll to top