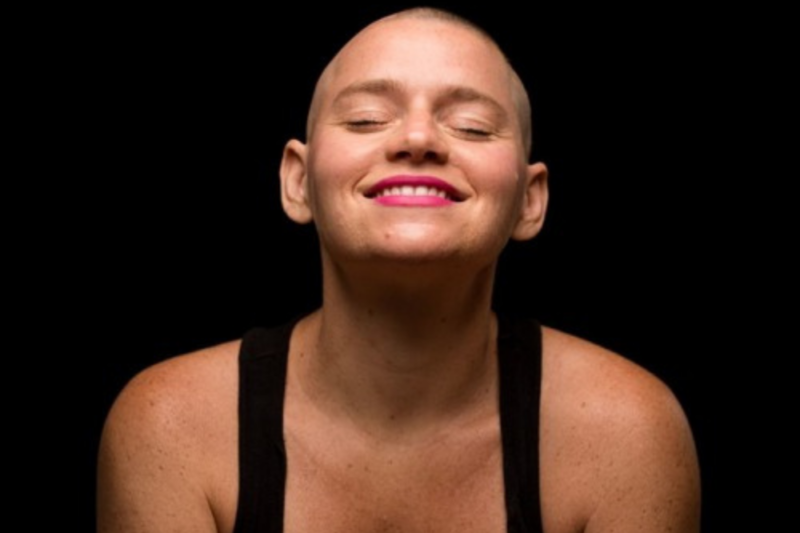 A cancer diagnosis and ayahuasca pivoted Ashley Lukens into a life of advocacy and activism for psychedelic medicine.

If you look closely at the fabric of Ashley Lukens’ life, the pattern becomes easy to discern: She’s a rainmaker.

As director of Hawaii’s Center for Food Safety, she went toe-to-toe with agrichemical giants like Monsanto to bring about new pesticide regulations aimed at improving transparency. As the owner of Baby “Awearness,” a small retail and cooperative center, she created a mecca for Honolulu families to rally around sustainable and natural-parenting projects. And as an independent philanthropic and development advisor, she represents “wealthy folks in their charitable giving” to support early childhood development, women in leadership, sustainable agriculture, conservation, and the environment.

But it is her work with the Clarity Project, in which she fights to decriminalize and legalize psilocybin in Hawaii, where the work becomes personal.

“I have this transformative experience personally [with psychedelics].,” says Lukens, a PhD in political science who works as a consultant and mediator in Hawaii and Oregon. “I think my dharma is in truth telling I really don’t have an issue in sharing my relationship with psychedelics. I don’t feel any shame around it and I don’t feel any fear. I think it’s important.”

Lukens harnesses the power of soundbites to tell her psychedelic journey. Her story begins in 2012, when she sought counsel from a Jungian analyst to work through a difficult time in her life. That led her to multi-day meditation retreats, most of which were in silence. “It really profoundly impacted my life,” she recalls.

While on a silence retreat in Bali in June 2017, she felt called to try ayahuasca, a psychedelic brew used as a traditional spiritual medicine in ceremonies among indigenous people of South America. Five months later, Lukens found herself in Peru on a 10-day women’s retreat that included two plant medicine ceremonies. The experience was life-changing.

“During the ceremony, I had this vision of myself getting really sick,” she recalls. “I did all this ego work around mortality and sickness. And four days later, I came home and was diagnosed with brain cancer.”

To clarify, Lukens had experienced strange symptoms prior to her trip—black splotches in her vision which Google told her was either ocular migraines or a brain tumor. “So, I knew something was up,” she says. “But I didn’t think it was a brain tumor.” Upon her return to Hawaii, she had an MRI which revealed the diagnosis.

Being told you have brain cancer is no doubt devastating. But Lukens approached it with surprising strength. “That’s where I think the power of plant medicine starts to come in,” she says. She continued to rely on the medicine to heal her.

She also credits the book Radical Remission: Surviving Cancer Against All Odds, by Kelly Turner, PhD, a researcher and counselor in integrative oncology who uncovered nine factors that can lead to a spontaneous remission from cancer even after conventional medicine has failed. The factors include changing your diet, using herbs and supplements, and taking control of your health. But they also include factors Lukens says are supported and advanced by psychedelics, such as releasing suppressed emotions, increasing positive emotions, deepening your spiritual connection, and having strong reasons for living.

“Plant medicine primarily psilocybin and ayahuasca became two really profound tools in my toolkit to navigate my diagnosis, the anxiety that diagnosis produced, to connect me with a sense of meaning and purpose that I needed to carry me through my fear, to connect me with a sense of higher power and that higher power expressed through community support. And then purging negative emotions and traumas that I think very much informed my physical and emotional health,” she says.

And now, she says, “I have this insight that is facilitated by my experience with psychedelics. My ability to access the mystical and also to just really loosen my attachment to this living vessel. I understand now what life and death are and what they are not. To me, death is just a transition and not an ending.”

Earlier this year, Lukens joined other advocates for psychedelics to lobby Hawaii’s Senate for decriminalizing and de-scheduling psilocybin and, separately, to establish a task force to address how to expand access to psilocybin treatment. As part of those efforts, Lukens shared with Hawaii lawmakers about the transformative healing power of plant-based psychedelic medicines in her own life.

“Those bills are both effectively dead,” she says. But there was a silver lining to their efforts.  “We’ve gotten a ton of really great media and identified our articulate beneficiaries in the process. We are identifying a map of legislators who are on our side and we are actually rebuilding the narrative around psilocybin within state agencies. In our last hearing we actually had the department of health only submit comments which, for us, is a really big sign that there’s an openness and willingness to pursue this.”

Shifting opinion on the therapeutic and medical benefits of psychedelics is only part of the story, she says. The Clarity Project also supports increasing the experience of the psychedelic ceremony in black and indigenous communities “to address the PTSD that our racist and colonial systems have created,” she says. “I think that’s why the concurrent efforts to decriminalize all drugs are so important. Because the drug war is enacting trauma in communities of color that psychedelics are poised to help heal.”

Looking back, Lukens says she her cancer diagnosis served an important purpose in her life and her eventual fight to decriminalize and legalize psychedelics.

“We start to realize that we are offered these challenges in life as teachers and if we can teach from our pain, then our pain has a purpose that’s so much greater than our individual life experience. I really feel that my cancer diagnosis was such a blessing and I would not take it back, ever,” she says.

Whether trying psychedelics recreationally or clinically, you may wonder: just how do hallucinogens work? Here's the guide to what to expect.
New Treatment Potential for Depressed, Suicidal Patients With Ketamine, Says...

AI CREATING Psychedelics : Is this the FUTURE of the Psychedelic Industry? (+...
Scroll to top