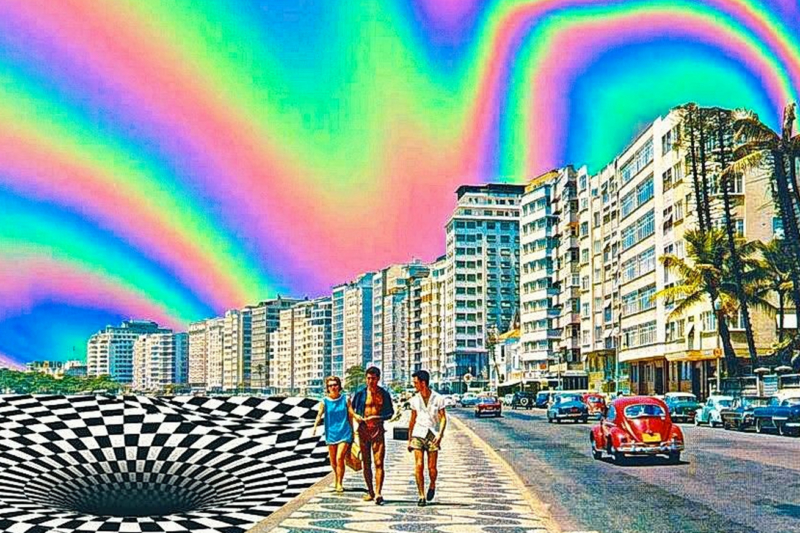 “HPPD is precisely the kind of risk that could fall through the cracks," says journalist Ed Prideaux, who suffers from the condition and advocates for more research.

The day after journalist Ed Prideaux’s fourth psychedelic trip on acid, he noticed the walls were still moving. Sometimes the objects around him appeared coated in a fine layer of gray particles, and, once, the carpet began to curl.

“Another time I was in the park, I was on a date, at night, and the outlines of the trees were bleached, and rainbow trimmed,” he says. Years later, he still sees afterimages on his laptop screen when he’s tired or consumed too much caffeine.

In the past, people commonly referred to these experiences as “flashbacks,” but today, we have a more scientific term: Hallucinogen Persisting Perception Disorder (HPPD).

While psychedelic trips are often characterized by beautiful, mesmerizing, and sometimes mystical hallucinations, they typically only last a few hours. But, for people with HPPD, visual effects linger for weeks, months, or even decades after the drug leaves their system. The condition can be frustrating, uncomfortable, and, in some cases, psychologically debilitating.

As the psychedelic renaissance grows, unwelcome post-trip perceptual changes could become a more pervasive issue. And that’s why Ed has made it part of his life’s work to advocate for HPPD research and awareness, which he discussed on our Psychedelic Spotlight Podcast recently. In addition to writing about it, he allied with the Perception Resoration Foundation — a non-profit funding the most in-depth neuroimaging study ever on HPPD in Sydney, Australia.

“It behooves the psychedelic community to give some signal on it — if only to help prioritize harm reduction,” he says. “HPPD is precisely the kind of risk that could fall through the cracks.”

Unfortunately, we still don’t know much about why HPPD occurs or how to stop it —primarily because we’ve barely scratched the surface of how humans perceive the world (and why). But we do know that the condition typically presents itself in two ways: Type 1 is classified as perceptual changes that happen in periodic, discrete bursts, while type 2 is categorized as constant, daily perceptual changes.

HPPD symptoms may include visual snow (the gray dusting of particles Ed saw after his acid trip), trails following objects in motion, intense light sensitivity, kaleidoscopic imagery, faces appearing on objects, and afterimages (images that continue to appear after exposure to the original). It can also lead to cognitive effects, such as disassociation, disruption in common thinking patterns, or a sudden difficulty reading and processing information.

According to Ed, research shows HPPD is strongly correlated with comorbid anxiety, depression, and panic disorders — which is particularly troubling given many people turn to psychedelics for relief from those same conditions.

While we still know little about post-drug use perceptual changes, new research could answer questions beyond this disorder.

“If we find out what HPPD is, and what's going on, I think it will tell us something fascinating about consciousness and how perception works,” Ed says. “We already know there's a correlation between anxiety and trauma and perceptual change. And how fascinating would that be if we found out just how deeply interconnected vision and emotional experience are?”

Currently, the University of Melbourne is developing tools to help better understand behavioral psychophysics, which could help people better diagnose HPPD. Also, healthcare technology company Ehave is compiling risk profiles to determine whether there’s a genetic component. This could help reduce instances of HPPD — or at least give people more insight into their risk factors before using psychedelics.

“Harm reduction and prevention is extremely important when dealing with these powerful molecules,” says Ben Kaplan, CEO of Ehave. “We want to be an industry leader in preventing negative side effects during treatment and believe this can be of benefit to the entire industry.”

Ed suggests developing an extensive database of HPPD patients’ experiences, including a catalog of which drugs people took and what they experienced. A large sample could help us better identify trends — like if, for example, whether the type of psychedelic, dose size, or specific comorbidities impact the likelihood of developing HPPD.

From a proactive standpoint, though, Ed says integration could be the key to harm reduction in psychedelics. “I suspect, based on my experience, and the experiences of many others, that perceptual changes could have been avoided, if kind of in the refractory period after the psychedelic experience, it were properly integrated,” he says.

Integration can include a period of post-trip reflection, journaling, and psychotherapy sessions designed to help you transform insights from your experience into action and address any trauma you might have unlocked.

Much of the discussion around HPPD can feel alarmist and even conjure memories of 20th-century anti-drug propaganda, which weaponized the concept of the flashback. But while it’s something worth acknowledging — especially for people taking psychedelics outside of a controlled environment.

“Psychedelics are extremely safe, especially when used under medical supervision,” Ben says. “Understanding HPPD, however, will lead to a better understanding of these molecules as a whole.”

Additionally, Ed suggests it’s not always a negative outcome — nor has it stopped him from continuing to use psychedelic drugs. After all, many of us turn to trips to shift our perception in the first place.

Listen to the Psychedelic Spotlight Podcast below. 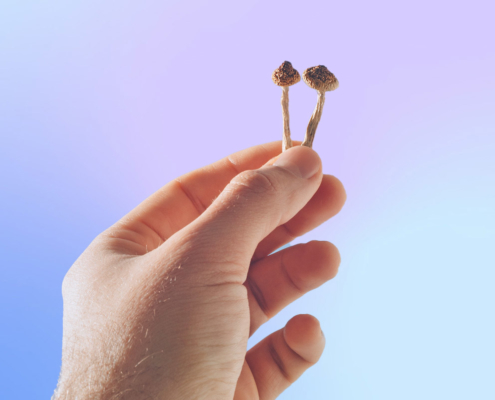 Shutterstock
After a disappointing microdosing study, Dr. Michiel van Elk says the trend is "just not that interesting." 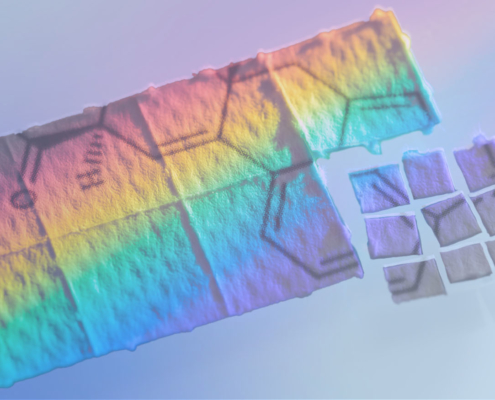 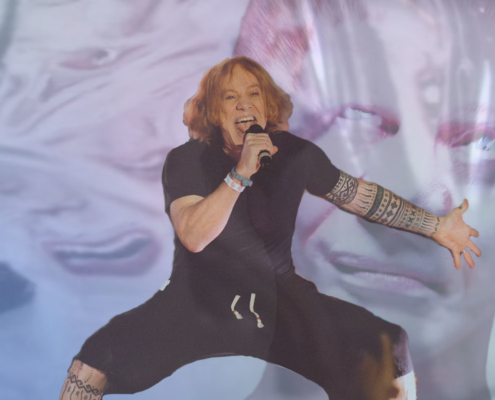 Photo Credit: Coachella
Famed film composer returns to rock roots for a masterful, mind-melting Coachella set, and I was fortunate to catch it while tripping on LSD.
Scientists Create A New DMT: Can it Treat Depression? | Psychedelic Therapy