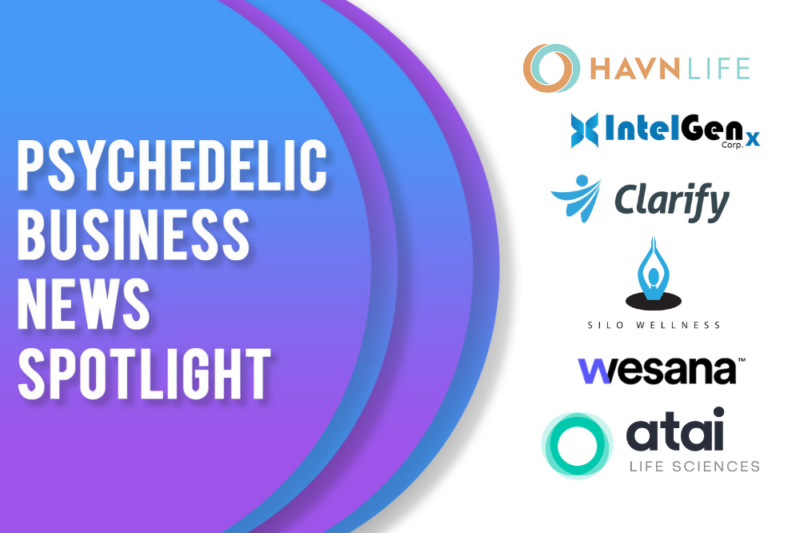 Your weekly roundup of the biggest business news in psychedelics.

IntelGenx Corp., entered into a second feasibility agreement with Atai Life Sciences to develop novel formulations of salvinorin A, a naturally occurring psychedelic compound being studied as a therapy for treatment-resistant depression among other indications.

The two companies inked the first feasibility agreement in August 2020, followed in March by the announcement of a strategic partnership between the two, including a proposed equity investment in IntelGenx by Atai. The partnership enables IntelGenx to continue to advance its innovative transmucosal film product candidates toward commercialization.

Havn Life Sciences has entered into an agreement with Alberta-based ATMA Journey Centers to provide ATMA with an ongoing supply of psychedelic substances as the firm builds out its portfolio of centers and expands its therapist support network and training programs.

ATMA was the first private company in Canada to conduct legal psychedelic-assisted therapy with psilocybin under a compassionate care exemption through Health Canada.

Silo Wellness Inc. is expanding its portfolio of psilocybin and ketamine product and retreat offerings to include the psychedelic 5-MeO-DMT through a partnership with Kaivalya Kollective, an L.A.-based wellness company that conducts psychedelic-integrated spiritual coaching and facilitated retreats in Mexico, Jamaica, and Costa Rica.

As part of this arrangement, Silo Wellness will operate two 5-MeO-DMT retreats in Jamaica, where it currently conducts psilocybin-assisted retreats as well as mushroom and truffle cultivation workshops. 5-MeO-DMT, also referred to as toad venom or spirit molecule, is a potent but short-acting psychedelic that is being studied as a potential treatment for mental health conditions.

“Boxing is, by nature, a violent sport. Athletes who enter the ring are at risk of developing traumatic brain injury, and the WBC is committed to study all available avenues to help ensure the long-term mental and physical health of our athletes,” said Mauricio Sulaiman, President of the World Boxing Council. “We have been involved in research studies of the impact of TBI with partners since the 1970s and Wesana’s approach holds strong potential for curing this debilitating condition and improving brain and mental health. This partnership represents hope for those affected by TBI.”

Investment platform Clarify Pharma announced it intends to trade its ordinary shares on the Access segment of London’s Aquis Stock Exchange Growth Market (AQSE). The floatation is expected to value the company at about £10.5 million ($14.5 million). Clarify plans to raise about £5 million before expenses by placing 167 million ordinary shares at 3p through First Sentinel Corporate Finance and Tennyson Securities. The first dealings are expected to begin by the end of May. 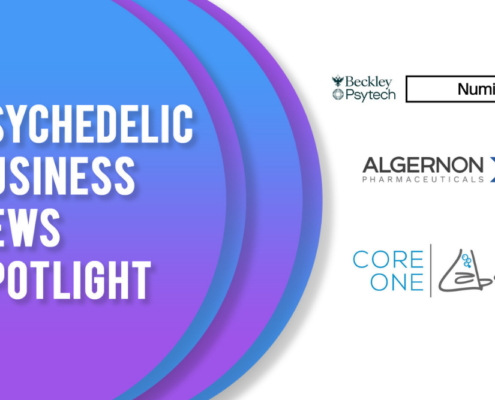 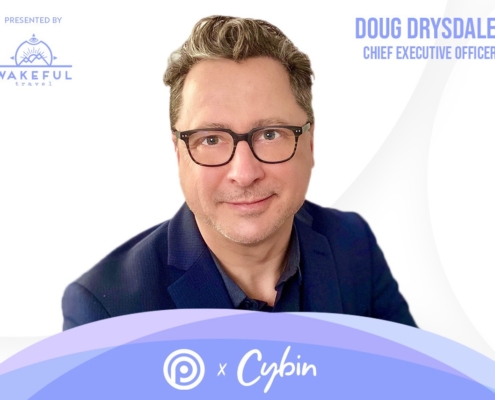 In this episode, James Hallifax from the Psychedelic Investor, interviews Doug Drysdale, CEO of Cybin (NYSE: CYBN). In this fantastic discussion, Doug and James discuss the potential for psilocybin (magic mushrooms) to treat depression and other mental health issues. 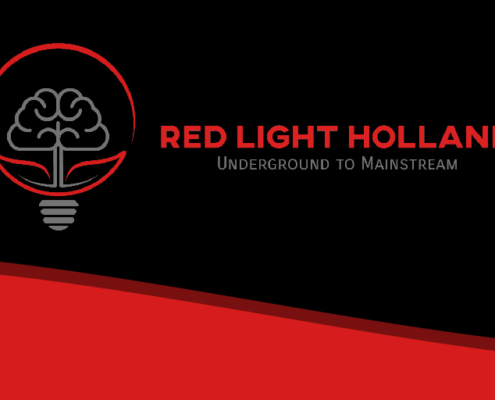