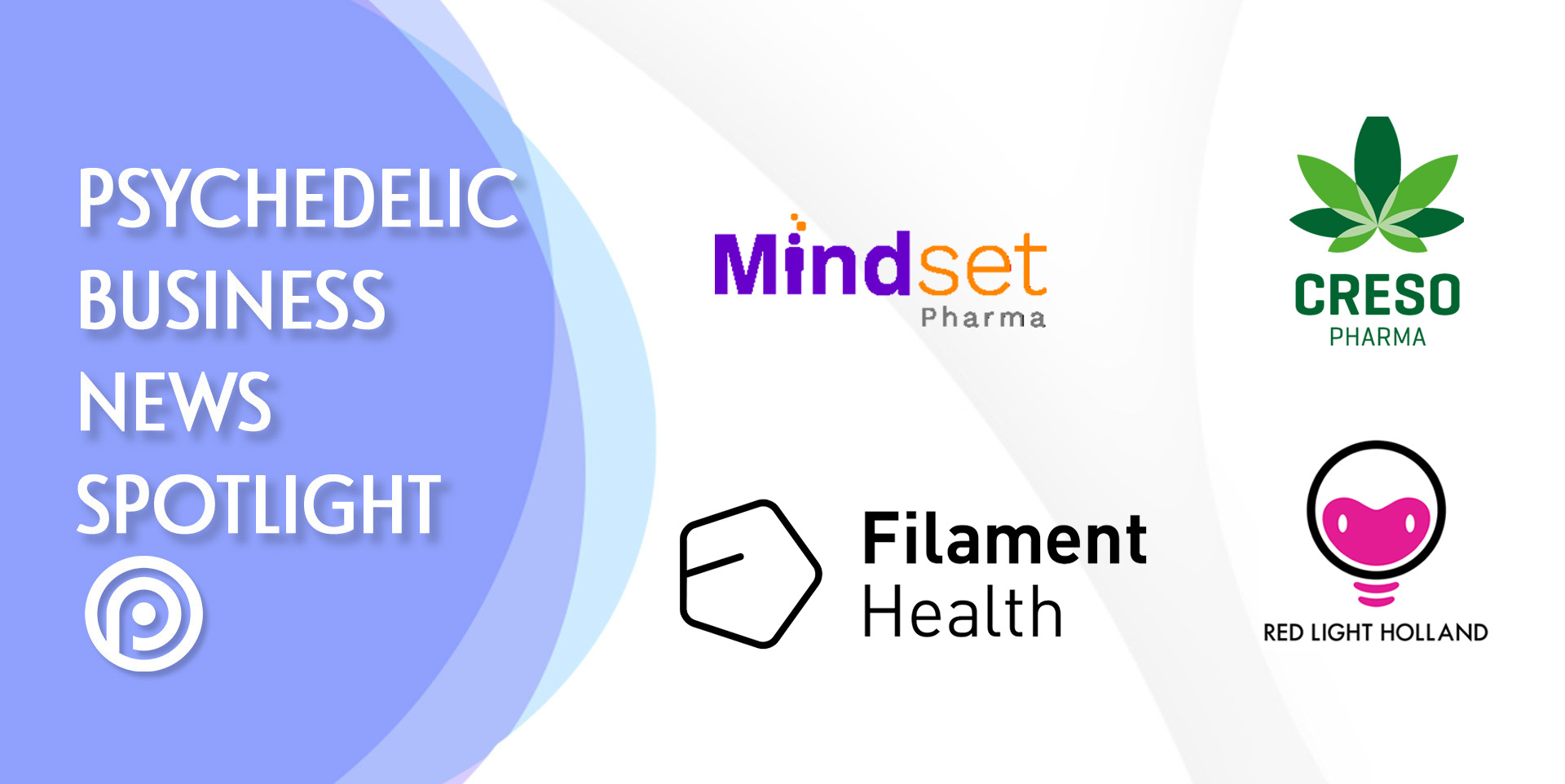 This week in psychedelic business news, Canadian psychedelic production company Red Light Holland revealed it has successfully completed the largest legal sale and import of “magic truffles” into Canada. The company imported 1.5 kilograms of psilocybe truffles grown at its Netherlands facility into the country under a Health-Canada approved psilocybin import permit.

Red Light Holland is pioneering the creation of an international psilocybin supply chain, including tackling logistical difficulties such as maintaining temperature-controlled, refrigerated conditions while transporting the drug across the Atlantic. “We continue our path to work within the careful means of the regulatory process with reliable partners in hopes of pushing for safe, responsible access to the company’s naturally occurring psilocybin by testing, learning, and educating the public and hopefully governments right here in Canada and across the world,” said Red Light Holland CEO Todd Shapiro.

It has been a busy week for Red Light Holland, with the company also revealing that its planned merger with global pharmaceutical company Creso Pharma has been terminated. The two companies originally entered into a deed to merge in June 2021, but due to the pandemic, including travel restrictions, Red Light Holland and Cresco Pharma have mutually agreed that the merger would no longer be in the best interests of their respective shareholders.

“Unfortunately, the geographic span of our respective businesses made a merger at this time impractical,” said Creso Pharma’s Non-Executive Chairman Adam Blumenthal. Instead, Red Light Holland has agreed to white-label Creso Pharma’s products and distribute them across its SR Wholesale sales channels.

Red Light Holland also announced this week that it had closed its acquisition of Mera Life Sciences. Mera Life Sciences holds a coveted Medicinal Industry Development Licence in the Eastern Caribbean State of St. Vincent and the Grenadines, which permits the research, cultivation, production, development and extraction, import and export, and more of certain compounds.

“We have renamed Mera Life Sciences to Scarlette Lillie Science and Innovation, which allows for us to carefully pursue financially disciplined, high-quality psychedelic product research and development, open up treatment clinics, cultivate, extract and process, and export, not just psilocybin but other compounds such as ayahuasca, MDMA, DMT, peyote, ketamine, and many other natural-based plants,” Shapiro said.

In the drug development side of this week’s psychedelic business news, drug discovery company Mindset Pharma believes its DMT/5-MeO-DMT inspired drug candidates could provide the benefits of 5-MeO-DMT without compromising patient safety. 5-MeO-DMT has shown potential in treating a variety of conditions, but it currently poses a risk to patients in terms of serotonergic toxicity, also known as serotonin syndrome, which can be fatal in severe cases.

“The data suggests that we have a new drug that may be at least as effective, if not more effective, than 5-MeO-DMT and, more importantly, it looks like it is much safer,” said Mindset Pharma CEO James Lanthier.

This week, Vancouver-based drug development company Filament Health announced that it had filed its 20th patent related to its research programs focused on natural psychedelics. This includes three international Patent Cooperation Treaty patent applications. “Many naturally occurring compounds have great potential to alleviate suffering, and our patent filings cover a range of innovative technologies necessary for transforming the healing power of those compounds into a pharmaceutical standardized form. This milestone puts us ahead of industry peers and demonstrates the strength of our IP strategy,” said Filament Health CEO Benjamin Lightburn.

Hawaii may soon legalize psilocybin therapy for the treatment of a range of mental health issues, according to proposed legislation.
Ketamine One Partners with OVR Technology to Provide Scent-Enabled VR Psychedelic...

Why Diversity, Equity and Inclusion Are Vital to the Psychedelic Industry
Scroll to top