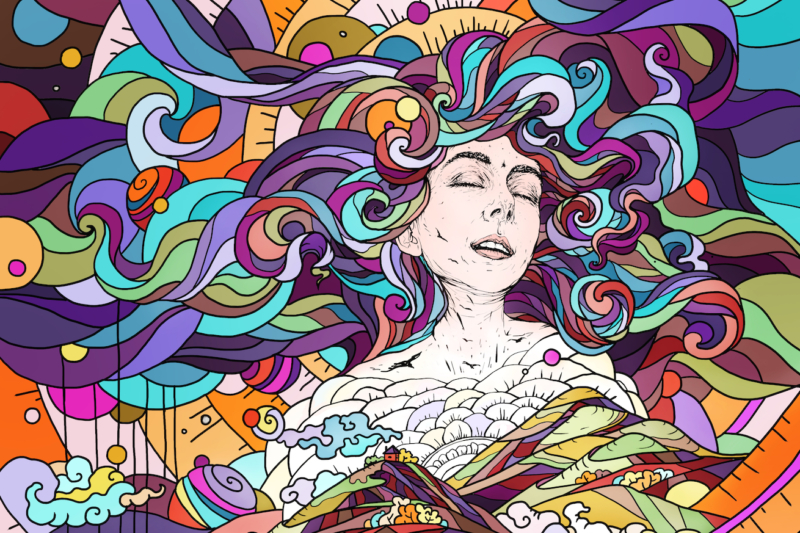 Kate Kincaid, a mom who specializes in psychedelic integration and ketamine-assisted therapy, appears on the "Spotlight in Focus" premiere to share parallels between labor and tripping on psychedelics.

Kate, who works with Tucson Counseling Associates and specializes in psychedelic integration and ketamine-assisted therapy, appeared on the debut episode of our new series, Spotlight in Focus, to discuss several parallels she found between going into labor and tripping on psychedelics. In doing so, she also hoped to reassure women who might be nervous about what to expect when they’re expecting.

“People feel lost [during the birthing process], so it’s helpful to know many people have journeyed this before and that there are some predictable phases,” said Kincaid, who believes both giving birth and hallucinogenic experiences can be broken down into three stages: preparation, “the ordeal,” and integration.

The similarities didn’t end there, either. “Time is altered—that’s a common experience in birth. You have no idea how long you’ve been laboring or when the baby is coming,” she said, explaining that like with hallucinogens “you’re just on your body’s own timetable.”

If the memories seemed fresh in Kincaid’s mind, it’s because she gave birth to her son just 21 months ago. Though she was already a plant medicine expert at the time, she never imagined delivery might resemble a psychedelic journey—at least not until her midwife warned her. Sure enough, the midwife was right. “Just like most psychedelic experiences I’ve had, it took me to places I did not expect to go,” Kate recalled. “Processing it was a lot and it took a long time to integrate that experience.”

“My friends that were there called it a ‘wild acid trip,’” she added of the delivery process.

Though that particular trip may be over, the lessons Kincaid learned during childbirth now inform her work as a psychedelic-assisted therapist helping people overcome trauma. “No matter how your birth goes, even if it’s quote-unquote perfect, it still can be a trauma to the body,” she said, explaining traumatized patients generally have better outcomes once they’ve come to believe that—like mothers recovering after childbirth—they are capable of healing.

Kincaid also discussed her own experiences with psychedelics, which she said began with experimentation in high school and grew more meaningful after she first crossed paths with psilocybin mushrooms. The magic of mushrooms connected her with nature, but it was a trip to the infamous desert festival Burning Man which connected her with a brand-new career path. It was there she got the idea to use plant medicine in a clinical setting, and she hasn’t looked back since.

While ketamine isn’t a drug Kate has personally experimented with all that frequently, she said it has become one of the most common psychedelic tools she uses with her patients. She said the dissociative anesthetic has two distinct advantages over psilocybin—it’s fast-acting and completely legal. It’s also proven quite effective with some of her patients most riddled with anxiety.

“I really am excited about ketamine because in lower doses it’s an anxiolytic, so the body is so relaxed,” she concluded. “We do so much work in trying to calm the body and here’s a tool … so we can get into the traumatic memories.”

Watch the premiere of Spotlight in Focus below.

With Oregon's recent victory for psychedelics, psilocybin retreats could soon be commonplace. What does that mean for mental health treatment?
Detroit Voters Decriminalize Plant Psychedelics