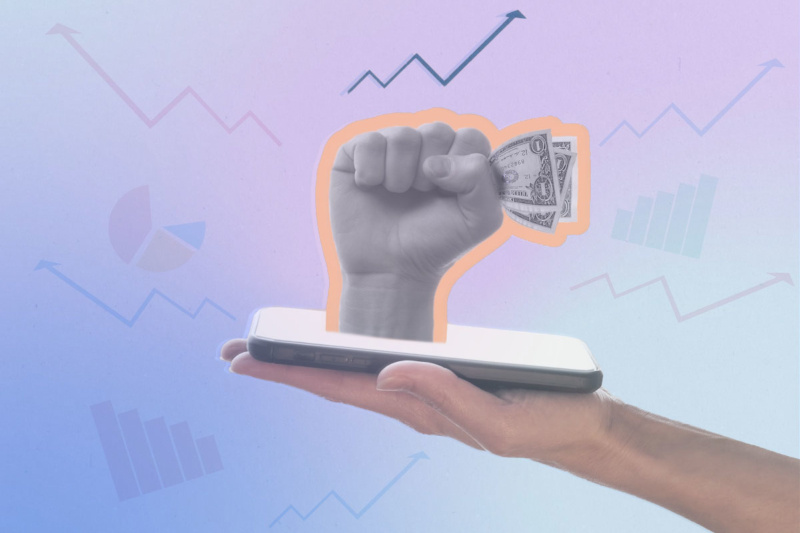 Our resident psychedelic investor explains a handful of important metrics to study when analyzing and comparing psychedelic stocks, and identifies which of these three companies may be able to produce results at almost twice the clip of their rivals.

When analyzing and comparing psychedelic stocks, I study companies through two lenses: the scientific work being completed; and the company’s financials.

MindMed (Nasdaq: MNMD), atai Life Sciences (Nasdaq: ATAI), and Compass Pathways (Nasdaq: CMPS) are three of the largest and most significant psychedelic companies. Using the first lens — what work they are actually completing — all three have advanced clinical trials, all are working on next-generation psychedelics, and all have intellectual property.

The other lens, and the focus of this article, is their financials. All three companies recently released their Quarter 1 2022 financials, which we will compare to each other.

As I have said before, running a psychedelic medicines company is expensive. Clinical trials are expensive, and researching and inventing new psychedelic molecules is expensive. In order to survive long-term, psychedelic companies need to have the finances necessary to fund their projects.

As these companies are still pre-revenue — they will continue to be pre-revenue until psychedelic medicines become legalized and they can sell their medicines — there are a handful of important metrics for us to study.

First, is cash-on-hand. This tells us how much money the company currently has to spend on their projects.

Next, is net loss. This tells us how much money the company is spending in a quarter. By dividing the cash-on-hand by the net loss, we can see a company’s run rate — or how much time they have until they run out of money.

Finally, is a company’s market cap, which is how much a company is worth. This is important, since the most common way for pre-revenue companies to raise capital is through dilution. This means the company creates new shares to sell to investors, thus diluting how much of the company current shareholders own. By dividing the amount a company spends in a year — for our calculations we simply multiply Q1 spending by 4 to extrapolate yearly spending — by their market cap, we can see how much dilution is needed for 1 year of spending.

Here is a chart of the most important metrics from Quarter 1, 2022. Market caps were calculated based on the stock prices as of Tuesday morning, May 17, 2022. 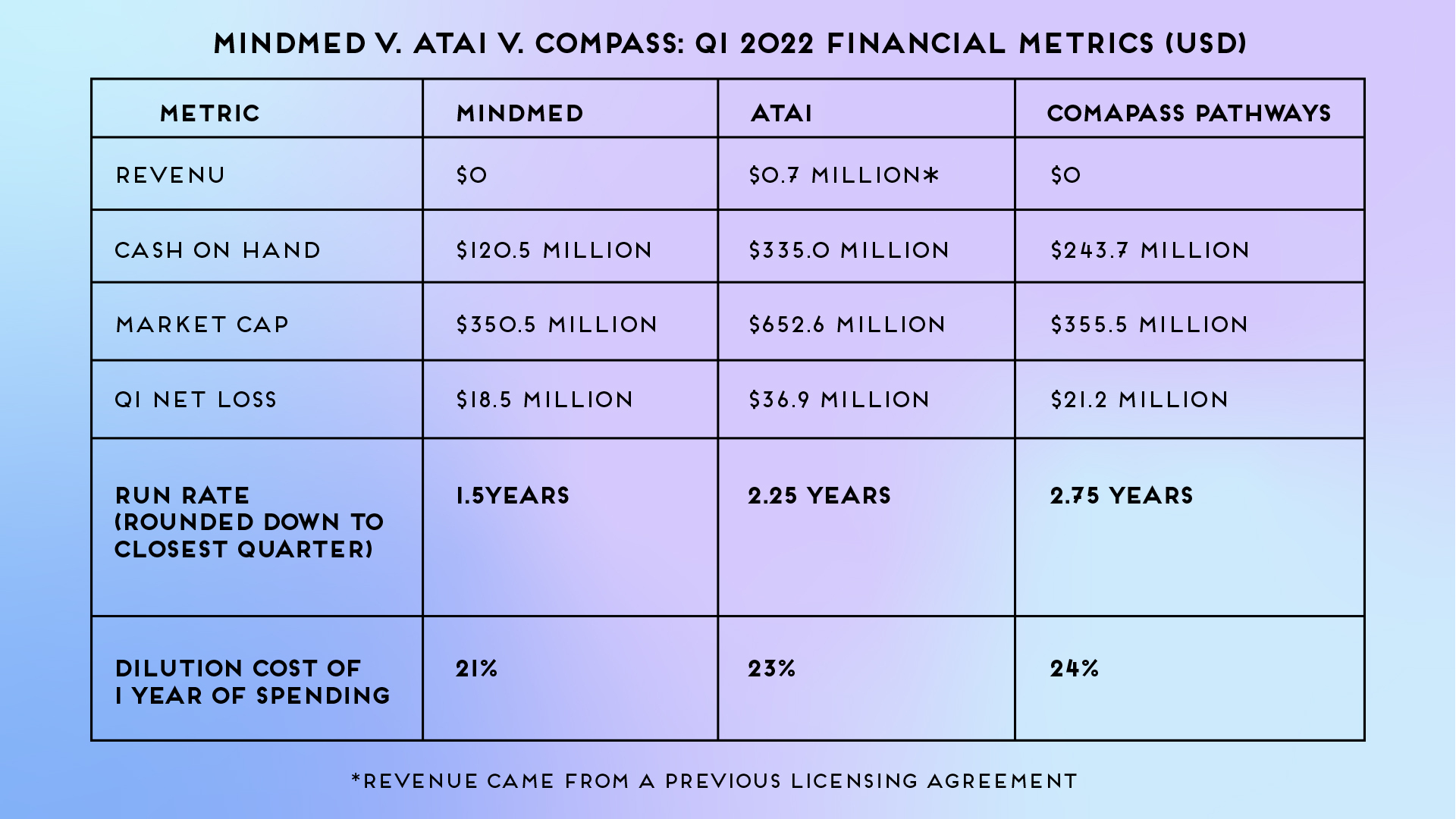 When looking at MindMed’s, atai Life Sciences’ and Compass Pathways’ financials, we can see that all three companies are in good shape. Starting with their run rate, both atai and Compass have the means to survive for more than two years without having to raise capital. MindMed’s run rate is around a year and a half.

Here, it is important to note that MindMed recently announced that they are looking to raise additional capital. While in theory they could raise anywhere up to an additional $100 million, they are not obligated to raise that much. If they raise even $30 million, that will put their run rate above two years, at a cost of around 9% dilution.

While of course we can always wish it to be better, when it comes to biotech stocks, having more than two years of stability is good. Ideally, the companies will use this time to prove the concept of using psychedelics to heal, move through the clinical trial process, and be ready to produce psychedelics once they are legalized as medicines by the FDA.

If, in this time, the companies competently execute their strategy and it becomes more obvious to the general population that psychedelic medicines will disrupt treatment markets such as anxiety and depression, PTSD and even pain, ideally the market will reflect this and their stock prices will be higher than they are today.

If this is the case, then it does not matter in the short-term that psychedelic stocks are near all-time lows. In fact, if these companies do use the following two years to prove the thesis for psychedelics as medicines, then it will not matter if in the interim psychedelic stocks continue to fall. Investors in this space need to be long-term, keeping focused on the ability to sell or provide psychedelic treatments once the FDA legalizes them. In the short-term — if the companies have enough cash to finance themselves — all that matters is the results of clinical trials, which the FDA will use as evidence for whether or not to legalize these medicines. The stock movements in this period are just noise.

The big difference is how much money the companies are actually spending. At $36.9 million in Q4, atai Life Sciences is spending almost as much money as MindMed and Compass combined, at $18.5 million and $21.2 million respectively. Their run rates and dilution costs are roughly equal since atai also has more money in the bank and a higher market cap.

Assuming that the money is being spent efficiently and productively, we could extrapolate that atai should therefore be able to produce results at almost twice the clip of either of their rivals. Though, of course, there is no guarantee of this.

Ideally, I would like to see all three companies reign in their spending somewhat, to give themselves longer run rates. This may mean refocusing efforts and capital towards only the most promising projects, and cutting other areas. While I would not necessarily want to see R&D budgets cut, perhaps fat could be trimmed in the General and Administrative section of their spending. Even if they could expand their run rate by a quarter or two through reduced spending, it would be a big confidence booster.

Having to dilute between a quarter and a fifth of market cap for each year of spending is not great. Hopefully, in the future the market will once again see the potential of psychedelic stocks before these companies need to raise money and their market caps will be much higher than they are today. But we can not bet on that hope.

In sum, all three companies are in relatively strong positions. They all have enough cash to weather a market downturn for at least two years — assuming MindMed does raise at least $30 million.

Of the three, atai is in the best financial position. Though they have similar run rates and dilution costs to the other two, if needed, they could cut several programs to focus on those that they have the most confidence in, greatly improving their run rate and dilution costs.

It is important to note, again, that financials are not destiny. Just because atai has more money than the other two, does not determine that it will be the most successful. The first lens, what a company is actually accomplishing with its money is equally important. You can have all the money in the world, but if you can’t create the most compelling treatment with it, then that cash is useless.

Companies need financing to survive and create innovative products, but having cash does not mean that it will be deployed successfully. To judge that will require more time. 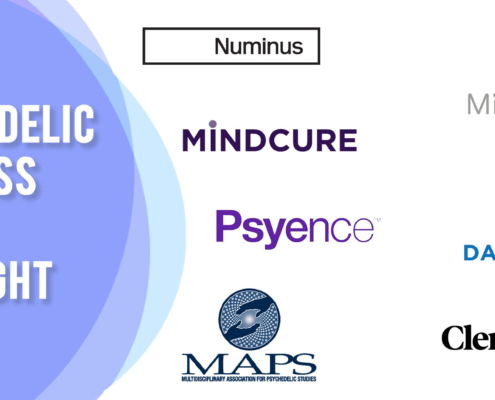 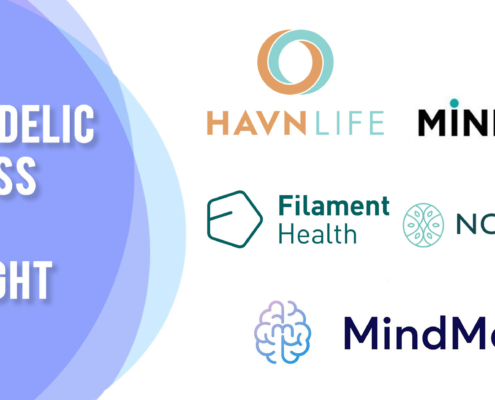 This week in psychedelic business news: More psychedelic-assisted therapy clinics, recruitment begins in early DMT trial, and Filament gets more Health Canada love.
A Brief History of MDMA: From the CIA to Raves to Psychedelic Therapy