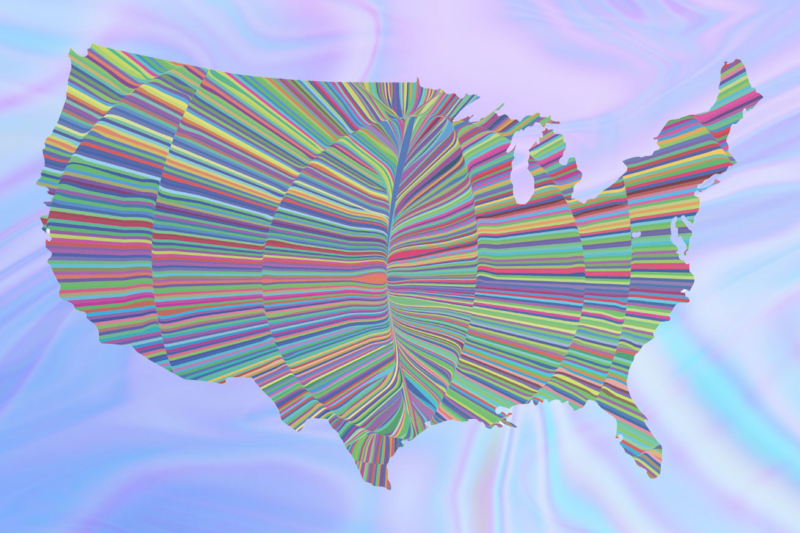 A GOP representative in Missouri files a bill to give Missouri residents increased access to psychedelic medicine while two Virginia bills attempt to decriminalize possession.

The psychedelics reform movement is off to an impressive start in 2022.

Last week, a top federal drug official declared the psychedelic “train has left the station” as lawmakers on both sides of the aisle in Missouri and Virginia introduced bills to expand access to psychedelic medicine.

Though Dr. Volkow acknowledged it’s challenging for regulators and researchers keep up with the rapidly growing trend, she also saw this moment in time as an “incredible opportunity” for her and her colleagues to modify their approach to psychedelic medicines, which have shown to help treat everything from post-traumatic stress disorder and depression to anxiety and Alcohol Use Disorder.

“What is it that the [NIH] can do to help accelerate research in this field so that we can truly understand what are the potentials, and ultimately the application, of interventions that are bought based on psychedelic drugs?” she asked.

There’s no shortage of evidence supporting Dr. Volkow’s claim that the psychedelic movement has reached its tipping point.

If Rep. Davis’s bill were to pass, it would amend the state law blocking parts of the federal Right to Try Act, signed in 2018. Under the current version of the Missouri law, terminally ill patients are given leeway with some “investigative” medicines that haven’t yet obtained the F.D.A.’s approval, but Schedule 1 drugs like MDMA and psilocybin are verboten. The amended law would not only permit the inclusion of Schedule 1 drugs, but it would also widen the pool of eligible patients, granting Missourians with “debilitating” and “life-threatening” conditions access to everything from peyote to LSD.

Furthermore, the bill seeks to lessen the state-level penalty for psychedelic drug possession, bringing the criminal charge down from a felony to a misdemeanor.

“There is emerging interest and significant clinical research supporting the safety and efficacy of psychedelic drugs for PTSD, traumatic injury therapy and numerous other conditions,” Rep. Davis said in a statement. “Because the [F.D.A.] has not taken action to reschedule these drugs and make them generally available, I am working to make these drugs available through Missouri’s investigational drug access statute.”

The two Virginia bills, meanwhile, would decriminalize possession of certain “naturally occurring hallucinogens or psychoactive substances” for adults 21 and older, reducing the punishment from a Class 5 felony to a $100 civil penalty earmarked for the state’s Drug Offender Assessment and Treatment fund. In the House version of the proposal, psilocybin, psilocyn, peyote and ibogaine are all covered whereas in the Senate version only psilocybin and psilocin are decriminalized.

Missouri and Virginia are hardly the only two states in the Union pushing for a psychedelic sea change this year. Groundbreaking new laws promoting psychedelic therapy and research are officially in effect in Canada, Texas, and Connecticut while decriminalization and psychedelic therapy legislation may also soon be on the way in states ranging from California and New York to Florida and Michigan.

Hawaii may soon legalize psilocybin therapy for the treatment of a range of mental health issues, according to proposed legislation.
Can Next Generation Psychedelics Treat Mental Illness? | Mindset Pharma | DMT,...